Are There Yearly Price Trends in Crypto?

by Mint Dice
in Trading 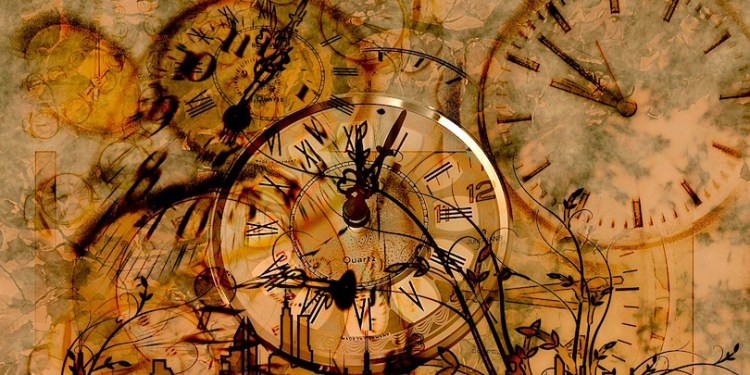 Bitcoin became a household name in 2017. People watched in awe as the cryptocurrency skyrocketed and dominated a rapidly growing field of cryptocurrencies. There were stories of new millionaires who bought Bitcoin several years ago when the prices were in the hundreds or less.

While getting caught up in all the craze that dominated the press headlines and social media status updates, many folks went out and bought some Bitcoin. Others went ahead and started trading Bitcoin and other cryptocurrencies. Some saw the massive gains and invested all of their money into crypto.

Then, just as cryptocurrency prices were breaking through all-time highs in January, the market crashed. Many people were left scratching their heads as to why their accounts were down, and prices were falling. They were warned about the market volatility, but Bitcoin was up, and everyone was making tons of money.

The recent cryptocurrency price crash left many newcomers frustrated and sour towards the market, and resentful towards cryptocurrencies. However, many of the experienced traders and investors kept pointing to the previous crypto market crashes and asking how this one was any different.

Threads flooded BitcoinTalk with people panicking about their huge losses as they bought at the recent market top. Plenty of people chimed in and provided past examples of how the market reacted similarly, and that the crypto markets experience these vast price swings on a yearly basis.

There’s room for encouragement. To dismiss all the recent naysayers, crypto proponents have pointed to yearly price trends that account for dips in the market and rationalize that those market corrections are, and have been, healthy for its overall growth.

Here’s a breakdown of how cryptocurrencies have fared each of the past few years, and how this price dip might be part of a larger trend.

The early days of Bitcoin witnessed the biggest market crash back in 2011 when the market for Bitcoin fell 94% over the second half of the year. Prices were rising from the $0.95 mark and made their way up to $32 by June 2011.

However, by November, prices had tumbled down to $2 per Bitcoin (crazy days, right). Plenty of investors saw enormous gains from the 32x jump from $1 to $32, and with the experimental nature of Bitcoin at the time, it was a great place to take profits. These early investors who experienced the first major price decline are probably unfazed when the market now makes huge corrections.

The beginning-of-the-year crash happened in 2012 when investors were still fearful after the significant price collapse discussed above. After Bitcoin found its bottom at $2, it bounced back and started the year off on an uptrend trading around $4.50 per Bitcoin. Throughout January, buyers came back in the market and pushed the price up over $7.

Then, before the month was over, Bitcoin took another big hit and saw the price decline 50% from $7.40 to $3.80. This is an interesting case to note because Bitcoin saw a sizable bounce after the massive decline, yet the next rally didn’t reach or exceed the previous all-time high. Buyers of the current dip might be expecting Bitcoin and cryptocurrencies to snap back like a rubber band, but it might be a longer process than expected.

After a relatively uneventful 2012, Bitcoin’s price steadily moved up to the $13 mark going into 2013. This year sparked a major bullish time for Bitcoin, where it quickly gained momentum and surpassed its previous high of $32.

By April, fresh media coverage along with new cryptocurrency exchanges and crypto traders kept Bitcoin’s price rising into the triple digits, where it reached $260 per coin. Amidst the hype and mania building, the kryptonite of the cryptocurrency markets has always been uncertainty.

Profit taking in the rising market turned into a price freefall after the most popular exchange at the time, Mt. Gox, suffered an outage that didn’t provide a positive outlook on the crypto markets. Prices fell back to $40 and investors riding the wave experienced 83% losses this time around.

The late-year bull run of 2013 and the subsequent price crash in early 2014 is a very similar situation and setup to the most recent rise and fall in the crypto markets. Back in 2013-2014, Bitcoin experienced a new major influx of traders and media coverage that pushed prices to incredible new highs (sound familiar?).

Towards the end of 2013, prices were closing in on $1,200, before the notorious price fall that accounted for an 87% decline over the span of more than a year. In the midst of the bear run, the formerly mentioned Mt. Gox imploded and was shut down, resulting in a loss of about $500 million from the markets. It took 411 days for the market to find its low at $150 in January 2015.

This just adds to the case that cryptocurrencies experience a buildup in the second half of the year, experience a bull run late in the year, then a price correction early the following year. On top of that, each time the price fell dramatically, the market was reacting to global governments and the regulatory uncertainty surrounding cryptocurrencies.

This last time around, the price dip came on the heels of news from China and South Korea regarding crypto regulation and bans on crypto trading activities. Bitcoin is obviously past the triple-digit days and well into the thousands, where it pushed past $10,000 and made it close to $20,000.

December’s correction to $14,000 was short-lived as Bitcoin went back and tested the price at $17,000. Then the market tumbled with rumors about Bitcoin’s sustainability and scalability, along with the regulatory discussions in Asia. South Korea represents the world’s third-largest crypto market, accounting for the third highest volume of Bitcoin trades globally. There, many citizens resisted the outright ban with an online petition that gathered more than 200,000 signatures.

The regulatory uncertainty, combined with the sustainability concerns surrounding the coin, caused the price decline.

Each time the price of Bitcoin and the cryptocurrency market took a major hit, people wrote it off and left it for dead. But each time, the price also found its way back on a steady climb and made new highs. Along the way, Bitcoin has gained mainstream popularity with investors, traders, and merchants.

There is a lot of momentum behind the cryptocurrency trend and blockchain technology in general. And there is a lot of evidence to suggest that the latest market crash is not out of the ordinary, but instead to be expected and embraced as investors take part in the next technological wave of blockchain and crypto.