by John Iadeluca
in HodlX 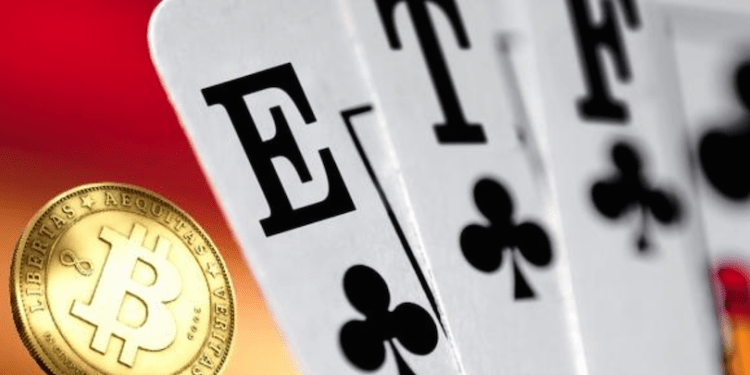 The cryptocurrency market did not fare well this past July when the SEC denied the Winklevoss brothers’ successive attempts to have a Bitcoin exchange-traded fund, or ETF, approved. The news took a toll on Bitcoin’s price, dragging it down from its July high of $8,300 to a low of around $6,000 (according to CoinMarketCap).

The general cryptocurrency community has reacted similarly when previous ETFs have been denied. The argument for a digital asset ETF is that if a Bitcoin ETF is created, a large number of institutional backers will enter the cryptocurrency market, therefore increasing the price. Theoretically, when something of that power is then denied, it’s just common sense that the community becomes fearful and prices start to decrease.

On Wednesday, August 22, the SEC didn’t just deny one or two more Bitcoin ETFs, but a whopping 9 of them. However, this time the market seemed to remain stagnant and didn’t falter or crash like every other time an ETF has been denied. In fact, cryptocurrency prices even increased slightly after the announcement. Essentially, one could argue that a Bitcoin ETF isn’t as big a deal as we once thought it was. Indeed, the denial of Bitcoin ETFs could potentially be a good thing for cryptocurrency.

As its reason for denying an institutional vehicle for Bitcoin, the SEC stated that uncertainty and the possibility for market manipulation were the main culprits. There are too many ‘unknowns’, at least at the moment. The fact that gets lost in all this is that ETFs are themselves a rather new investment vehicle. The first ETFs didn’t emerge until the early 1990s, when the S&P 500 trust was consolidated into an ‘ETF’ with the now-famed ticker name of “SPY”.

What is even more interesting is that Gold did not actually have its first ETF on American stock exchanges until nearly 13 years after that, in 2003 (Source: Investopedia). We all understand how vital gold has been as a globally renowned commodity for thousands of years, so for it to have a 13-year delay in obtaining an ETF after the S&P 500 trust makes it easily comparable to Bitcoin, which was created approximately 10 years ago. Bitcoin is in its infancy when compared to other globally known assets and commodities. Thanks to the Internet, Bitcoin has surpassed availability, usability, and much more, faster than any other asset in history.

Bitcoin doesn’t need an ETF to thrive. In fact, it seems the general community may have limited knowledge on exactly what an ETF would mean for Bitcoin. Introducing an ETF for Bitcoin would place it in the same playing field with Wall Street’s biggest giants, almost all of which have stated their distaste and disbelief in its capabilities. With that in mind, a collective amount of shorting and negative derivative placement could crush the price of Bitcoin. Those in favor of a Bitcoin ETF seem to have the notion that the entirety of investment banks and derivative traders will embrace the Bitcoin ETF with open arms, but this is hardly true.

“Positive Bitcoin ETF news may be able to increase the cryptocurrency’s price temporarily, but it doesn’t necessary help at all with crypto adoption,” says Daria Generalova, co-founder of ICOBox. “A Bitcoin ETF will create a theoretical asset that can be used to trade in Bitcoin, but it could also demean the true usefulness of Bitcoin. With an ETF, you do not own your private keys, which sort of defeats the whole premise of Bitcoin. It doesn’t help in any way other than allowing others to speculate, and many will speculate negatively. Maybe the recent denials are in fact good for cryptocurrency.” The market seems to agree, with prices steadily increasing after the announcement of the news.

Andreas Antonopoulos, deemed the ‘Godfather of Bitcoin’ for his non-profit work in the cryptocurrency space, has additionally stated his distaste for a Bitcoin ETF. “It looks like we are going in the exact opposite way Satoshi intended us to go,” Antonopoulos stated during a Q&A segment regarding his views of a Bitcoin ETF.

Regardless of your opinion of the ETF decision, it should be noted that the main reason people even wanted a Bitcoin ETF implemented in the first place is so that their own Bitcoin price will go up. Although this could temporarily be true, its long term effect could be detrimental to the cryptocurrency price. Additionally, a Bitcoin ETF won’t help further adoption. Perhaps the focus of the entire cryptocurrency community, at least for now, shouldn’t be towards implementing the exact thing that Bitcoin stands against, but rather furthering its adoption and enabling financial power to be given back to everyday people.