Is Litecoin Better Than Bitcoin? 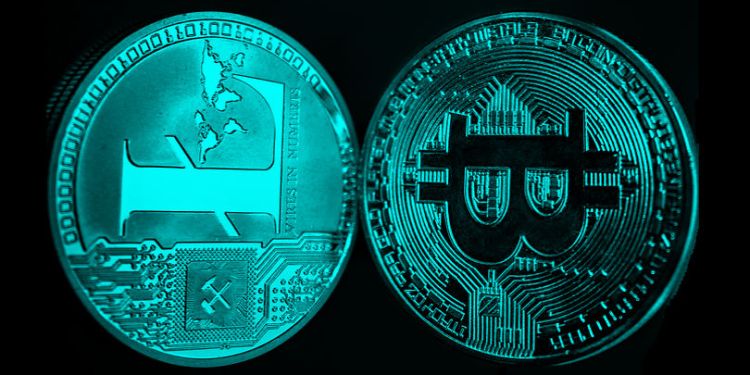 Bitcoin is the clear poster child for the cryptocurrency community. In many countries, Bitcoin is rapidly becoming a household name. With the advent of Bitcoin popularity, it’s only natural that alternative coins would follow in its wake. A major player aiming to compete with Bitcoin is Litecoin, a BTC cousin cryptocurrency that has developed a strong user base, community, and market cap from those who might be skeptical about Bitcoin’s future.

Both Bitcoin and Litecoin aim to accomplish the same task. They act as a digital currency built on blockchain technology in order to transfer value, store value, and act as a digital medium of exchange.

Despite a few slight technical differences, Litecoin and Bitcoin are often likened to silver and gold. Their purpose is the same; they are just different tokens in a crowded crypto-market.

So, you may be wondering:

What’s the difference between Bitcoin and Litecoin?

Which one should I buy?

Can Litecoin be as big as Bitcoin?

Let’s dive in and tackle these questions.

Litecoin has many of the same characteristics as Bitcoin. (To view our guide to Bitcoin, click here.) It’s a digital currency built on decentralized blockchain technology and was created by former Google employee Charlie Lee in 2011.

Litecoin was one of the first ‘forks’ of the Bitcoin software, which basically means it was a Bitcoin spin-off to include advanced technical features. It’s purposed to solve some of Bitcoin’s technological issues like scalability and transactional processing power. Otherwise, Litecoin shares similar principles with Bitcoin, providing a digital medium of exchange as an alternative to fiat currencies.

So What’s the Big Difference?

Litecoin came about to improve the Bitcoin concept and solve similar problems at a faster and cheaper rate. The chart below is a quick side-by-side comparison between Litecoin and Bitcoin using a variety of relevant metrics.

Let’s take a deeper look at a few of these key differences between the two major cryptocurrencies.

One primary factor when analyzing a cryptocurrency is the maximum amount of coins that will ever be created and in circulation. For cryptocurrencies like Litecoin and Bitcoin that are digitally tokenizing currency, this aspect is critical as it represents the total potential money supply. Furthermore, for buyers and sellers, it represents how scarce the token will be when maximum supply is in circulation.

In the crypto world, Bitcoin has a relatively low maximum supply of 21 million tokens, while Litecoin addressed this problem by allowing for 4x the amount with a cap of 84 million tokens. To put this in perspective with the current circulating supply, Bitcoin already has 17 million tokens in circulation and Litecoin has 55 million. This means 81% of bitcoins are already created, whereas 65% of litecoins exist in the markets.

The idea behind a larger token supply for Litecoin is combating the scalability issues that face Bitcoin. In theory, as Bitcoin reaches its maximum supply, transactional costs and volatility would rise, encouraging people to use Litecoin tokens instead. However, both coins are divisible up to 8 decimal points, meaning you can buy and sell 0.00000001 Bitcoin or Litecoin. This adds a deflationary aspect to the digital currencies and alleviates the demand pressures of a restricted token supply.

When it comes to transaction processing speed, Litecoin is the clear winner here. Bitcoin’s average time to verify a transaction has skyrocketed recently to around 107 minutes due to the flood of new people entering the market with Bitcoin purchases. On the other hand, Litecoin’s confirmation time has been 2.5 minutes, consistently much faster than the Bitcoin network.

The flip side to transactional speed is transactional costs. Sure, you can send digital currency in a matter of minutes, but what is the cost associated with doing so? This is another area that presented possible pain points for Bitcoin as the network scaled and the token supply gets closer to the cap. Litecoin leveraged their greater token supply to keep transaction costs to a minimum and charge a fraction of what the Bitcoin network does.

Currently, Litecoin transactions cost around $0.18 while Bitcoin transactions are a more expensive $4.6. This makes a big difference when using digital currencies for smaller transactions, like a cup of coffee or splitting a bill with a friend. Spending a $5 transactional fee for a $10 meal doesn’t make much sense.

Litecoin mining is largely what allows Litecoin to deliver quicker and cheaper transactions in comparison to Bitcoin. This is where the differences really get technical, so bear with us. In order to verify transactions without a central authority like banks or governments, a network of miners use hash power to solve complex computations and confirm a transaction is valid. Miners are rewarded with a small amount of the digital currency for their hard work.

Currently, the problem with Bitcoin’s mining network is the distribution of hash power is largely concentrated amongst a small group of miners and mining pools. Because Bitcoin mining computations are now so complex, it requires tons of electricity and computational power to verify a transaction, creating a huge barrier to entry for new miners.

Litecoin attempts to distribute the hash power in a more decentralized manner. This makes the mining process less competitive than Bitcoin and keeps the transactional costs lower. Litecoin also uses a different hashing algorithm, Scrypt, which uses much less processing power than Bitcoin’s SHA256 algorithm. Overall, Litecoin’s mining process makes it much easier for a smaller-scale miner to participate and join the mining network.

The result is Litecoin’s ability to quickly add blocks of transactions to the ledger at a cheaper rate than Bitcoin. However, the counter-argument is that not nearly as many people use Litecoin. If Litecoin had the same utilization as Bitcoin, it would potentially run into the same scalability issues.

Is Litecoin Better Than Bitcoin?

The main question remains… Which is better: Bitcoin or Litecoin?

The answer is entirely dependent on how the crypto markets evolve going forward. In the midst of a crypto world with 1,400 different cryptocurrencies, Litecoin sitting in the top 10 is quite an accomplishment and says a lot about its viability next to Bitcoin.

However, wide-scale adoption of Litecoin has not happened quite like Bitcoin’s explosion in the past year. Because of this, LItecoin hasn’t been pushed to the same limits and run into the scalability issues that face Bitcoin. Until this happens, Litecoin’s technical advantages can be written off due to lower usage and adoption.

The good news, both cryptocurrencies are similar in nature and address the same global monetary concerns. If Bitcoin isn’t able to handle the scalability concerns down the road, we could see a momentum shift to Litecoin. But for now, the majority of people entering the wide world of cryptocurrencies are purchasing Bitcoin largely because of the vast community making it a household name.

In the end, there is plenty of potential with both cryptocurrencies. Bitcoin currently has the strong momentum, higher liquidity, and larger user base. However, Litecoin has several technological advantages that make it an attractive alternative. If you’re buying precious metals, gold and silver both have their place in the market.