The Death of Crypto Has Been Greatly Exaggerated, Bitcoin Now in the Buying Range: ShapeShift CEO 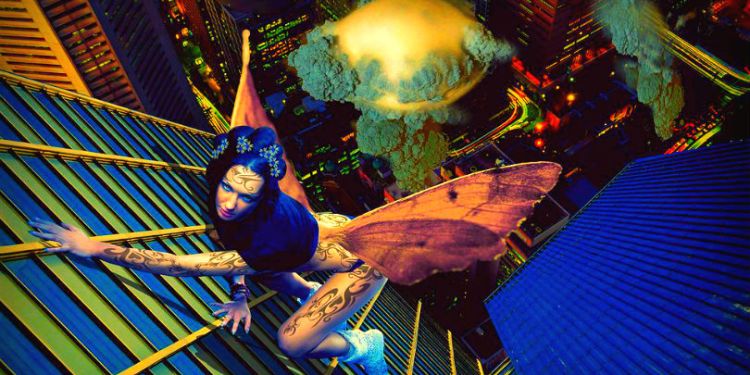 The CEO of the popular cryptocurrency exchange ShapeShift Erik Voorhees says he believes the majority of the Bitcoin collapse is over.

In a new interview, CNBC’s Crypto Trader Ran Neu-Ner asks Voorhees if he believes Bitcoin is now in buying territory.

“Yeah, I think so. I’d be surprised if Bitcoin falls more than 30% from here, which might still sound like a lot to some people. I think anything in the $5,000 to $8,000 range for Bitcoin is pretty reasonable and in a couple years will look like a great spot. It’s 70% down off its peak, which ain’t bad.”

As for when the bulls will return, Voorhees also says he doesn’t expect the market to turn around overnight.

“I don’t expect it to end soon, although I think the rate of collapse has slowed considerably. Generally with these bubbles, after you go through several months of downtrend, you kind of hang out in a range for a while. And that while can be a couple months or, after the bubble in 2013, it could be a couple years. But I think we’re done with the majority of the collapse.”

Voorhees also explained why he believes altcoins at large are here to stay. Although many tokens lack utility, he says it’s naive and counterproductive to say altcoins don’t have utility and will one day disappear.

“Now, a lot of the tokens are pretty much worthless anyway. So some of them should just keep going to zero. Most of them are crap. But this process of finding the gold within the chaos is an important one. The change in heart, I think, largely came because I realized that digital assets could fill many use cases and cryptocurrency was sort of one early one that was successful, but was not at all the only one.

And so you’re going to get lots of blockchains and lots of different digital assets for all different kinds of use cases. These different blockchains and assets have tradeoffs in their features, which means that some of them are good for certain purposes and not for others. And this idea that Bitcoin, with its specific properties, is going to be optimal for every single use case is really naive and I think cuts against the very decentralization that we were all trying to build in the first place.

I’m pretty drunk on the Bitcoin Kool-Aid myself, but I see Bitcoin as one of many assets that is changing how all of finance is going to work. And I don’t fall into this tribalism of, you know, one true coin and waving that flag to the detriment of all others.

I think a lot of people are not actually very secure fundamentally in how they understand Bitcoin. They don’t have the confidence in it that I do. And so when they see other assets, it makes them scared and they want to dismiss them, make fun of them, insult the people that buy them because they think that helps Bitcoin. But I think that’s adolescent behavior and doesn’t help Bitcoin at all.

A lot of the maximalists forget what the real fight is about. The fight is not about Bitcoin vs. Ethereum. The fight is about decentralized finance vs. the banking system. And that’s what got us so interested in this stuff five, six, eight years ago. And these people who spend all their time just arguing on the internet about which coin is the one true coin – that’s not really helping the proper battle. The proper battle is fiat and banks vs. decentralized currencies.”

Editors’ Note: Bitcoin and cryptocurrency investments are extremely risky. This is not financial advice. Please do your own due diligence before making any investments.