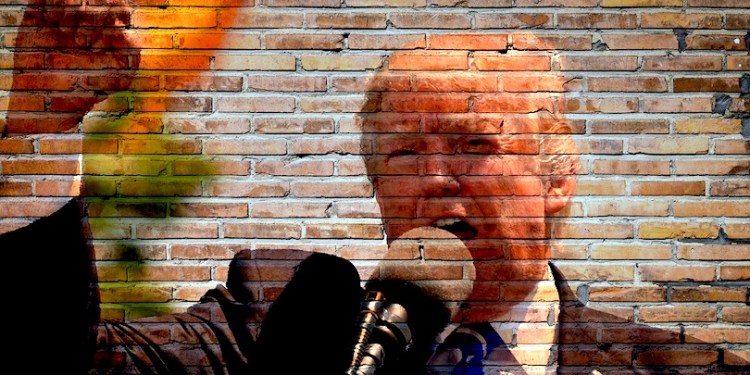 US tech giants Amazon, Facebook, Google and Twitter continue to draw criticism from President Donald Trump. Collectively, the companies dominate cyber engagement – from e-commerce shopping to online search to digital content sharing – and are often perceived as too powerful, too big and anti-competition.

In a new interview at the Oval Office with Bloomberg’s editor-in-chief John Micklethwait, Trump chastised the tech firms for promoting liberal views while censoring conservatives.

Speaking specifically about Amazon, Facebook and Google, Trump said, “As you know, many people think it is a very anti-trust situation, the three of them. But I just, I won’t comment on that.”

According to Micklethwait, “Trump keeps bashing” the very companies that are behind the current surge in the stock market, a positive trend that the President attributes to his leadership and abilities to maintain a strong US economy.

On Tuesday, Trump alleged that Google’s news search function is rigged and that it discriminates against conservative outlets.

….results on “Trump News” are from National Left-Wing Media, very dangerous. Google & others are suppressing voices of Conservatives and hiding information and news that is good. They are controlling what we can & cannot see. This is a very serious situation-will be addressed!

“Google has really taken advantage of a lot of people and I think that’s a very serious thing and it’s a very serious charge,” Trump told reporters following a meeting with the president of FIFA. “They better be careful because they can’t do that to people.”

Trump told Micklethwait that the tech giants may be in a “very antitrust situation” but declined to draw any conclusions about whether or not they should be broken up. “I won’t comment on the breaking up, of whether it’s that or Amazon or Facebook,” Trump said during his interview with Bloomberg.

So far, Trump has not released evidence supporting his allegations that Google is rigged or his assertion that Google, Facebook and Twitter are “treading on very, very troubled territory”, the centralization of digital data by the big tech firms is a driving factor for many high-profile blockchain-based platforms. Their goal is to decentralize the internet.

These blockchain networks are challenging the tech oligarchs by engineering new digital ecosystems where users can control and monetize their own creative content and personal data. Using digital ledgers and cryptocurrencies, they plan to do it without any anti-trust legislation.

Their platforms are far-reaching and highlight the limitations of the US government to rein in corporations that cannibalize other companies, harvest patents, centralize data, amass fortunes and consolidate power by evolving technologies that can outpace and outperform competitors and governments alike.

“I write to express my concern about recent reports on Google’s search and digital advertising practices. In the past, Google has placed restrictions on publishers’ displaying search advertisements from its competitors…

Other reports have highlighted the fact that Google has, on occasion, decided to remove from its platforms legal businesses that the company apparently does not agree with. Moreover, in the past several months, several of my Senate colleagues wrote to Alphabet, Google’s parent company, regarding its data collection by Android mobile operating system and privacy practices for Gmail users’ data, including Google’s practice of giving third-party app developer access to the actual content of the emails.”

Google said in a statement that its search results give users relevant answers and don’t favor any political viewpoints.

“When users type queries into the Google Search bar, our goal is to make sure they receive the most relevant answers in a matter of seconds. Search is not used to set a political agenda and we don’t bias our results toward any political ideology. Every year, we issue hundreds of improvements to our algorithms to ensure they surface high-quality content in response to users’ queries. We continually work to improve Google Search and we never rank search results to manipulate political sentiment.”