New Research Reveals Wild Outlook for Bitcoin, XRP, Monero and Beyond, From Moonshots to Absolute Extinction 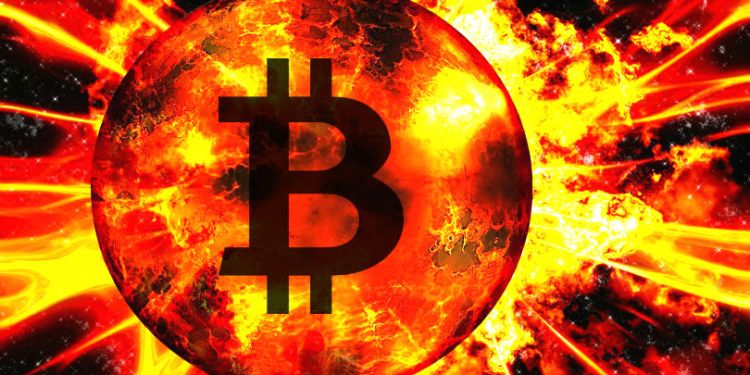 New analysis on the top 10 cryptocurrencies by market cap and beyond predicts some incredibly wild sings over the next 10 years.

The ICO advisory firm Satis finds that Monero will gain the most, with a whopping jump of more than 39,000%. The next biggest gainer among the top 10 coins by market cap is Bitcoin, with more than a 1,900% gain. Dash comes in third on the list, gaining more than 1,400% over the next 10 years.

As for the coins that will lose the most in the new forecast, XRP and Cardano (ADA) are expected to fall hard, both losing 99% of their value over the next 10 years. Stellar (XLM) is projected to lose 90% of its value over the next decade, according to Satis.

The report highlights the upside for coins that are specifically designed to be currencies. Ethereum, which is not designed to replace money but is used to facilitate transactions through smart contracts, is projected to lose a significant amount of market share along with its first-mover advantage.

“Within the Currency networks, we continue to see upside in networks that have cultivated relatively organic growth and community (such as LTC), meaningful downside from networks that have inherited brand recognition and potentially short-lived adoption during hiccups from their fork-parent (such as BCH), and very little value in networks that are misleadingly marketed and not even required for use within their own network (such as XRP)…

Within the Platform networks, we forecasted ETH losing share (from nearly entire share to half share in 2028). While we do acknowledge the strong community around the ETH network, minor flaws in design and governance (which we believe will result in contention leading up to the future network upgrades, notably the move to Proof-of-Stake consensus) can expose the relatively low switching costs of overlying networks built on top of it (the ICO’s, and tokens).”

Privacy coins will have huge upside if regulators ramp up efforts to crack down on crypto, according to the analysis.

“As we stated above, the largest drivers of adoption within these networks will be continued pressure from capital controls, currency devaluation, and broader global turmoil. The use cases within the Privacy markets are incredibly sticky and feed on adoption, especially when regulators and law enforcement are making efforts to increase forensic penetration into public networks like BTC. Privacy networks do lack liquidity when compared to more commonly used Currencies, but they excel in and push the extremes of each use case within Currency networks.”

Looking beyond the top 10, the report also predicts the absolute extinction of a number of cryptocurrencies, including AION, ICON (ICX), Cardano (ADA) and Augur (REP).

Several big coins are missing from the list, including Tron, IOTA and Qtum. 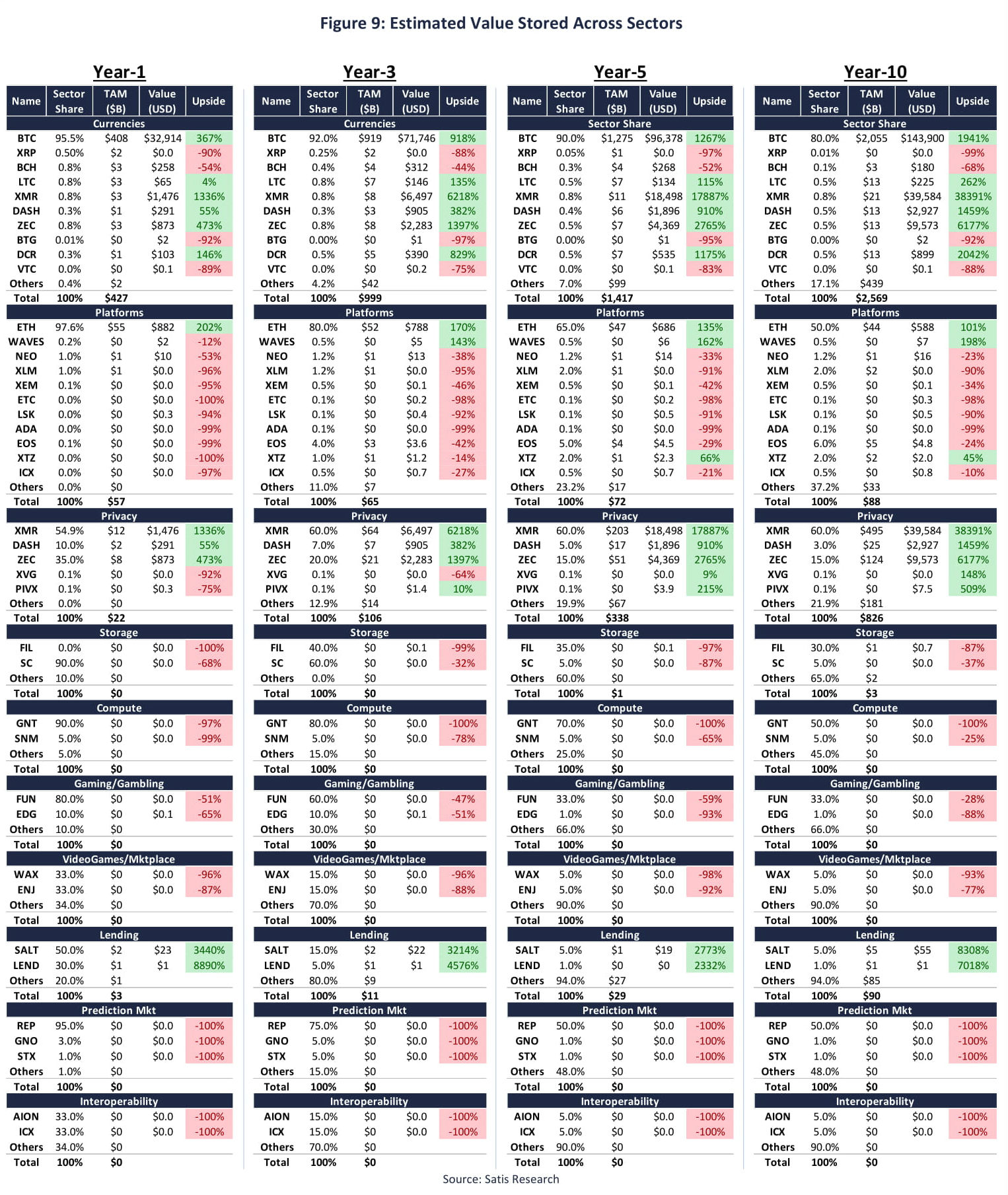 The report notes the highly speculative and risky nature of investing in cryptocurrency, and is careful to point out the difficulty in accurately predicting the future price of any given coin.

“We note that the cryptoasset markets are heavily skewed, driven by speculation. This research is intended to show fundamental valuation of the assets under various scenarios and models, however the values above do not reflect timed and targeted prices.

The models do not reflect fluctuations associated with network operation, manipulation, technical modifications, technical flaws, government regulation, or market risk. In our following reports, we will combine the fundamental valuation approaches above with quantitative network and trend-based models to arrive at plausible targets.”