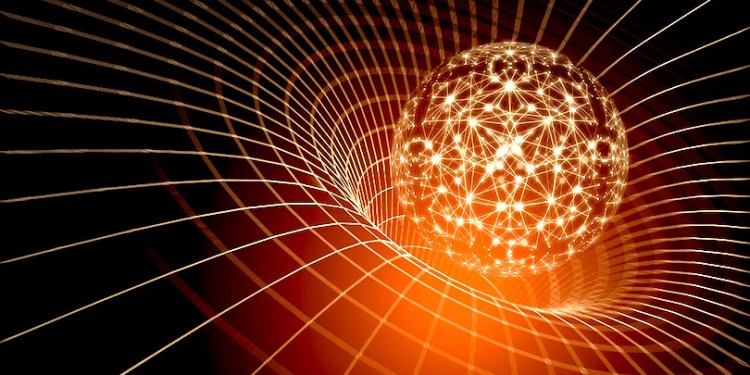 A network of millions of nodes working together could create a “world computer” that fully scales for billions of users and serves as a public resource for storing data and software.

The project is a behemoth. It’s backed by venture capital firm Andreessen Horowitz (a16zcrypto) and crypto hedge fund Polychain Capital, among other investors. The blockchain-based computing platform, Dfinity, is registered as a non-profit foundation in Zug, Switzerland with Silicon Valley ties and a research arm in Germany. It aims to end the monopolistic grip of Amazon’s AWS and other large cloud storage companies that are harvesting the world’s data.

The project defines how the ethos of decentralization is probing foundational structures and challenging the core tendencies of corporations. Its blockchain-on-steroids mission takes the concept of a trustless network and maximizes it to re-engineer our social contracts, social structures, business enterprises and the hierarchical systems that dictate modern-day capitalism.

Ali Yahya, a former software engineer and researcher at GoogleBrain, GoogleX and Stanford CS, and now a partner at a16zcrypto which has invested in Dfinity, spells out the total domination of powerful companies. While Silicon Valley’s tech titans are enormous drivers of inspiration and innovation, the human faces they serve often fade to dust as individual human beings morph into Big Data.

Decentralized networks like DFINITY stand to bring us closer to a world where digital platforms can be constructed from trustless, autonomous, and open source software that is owned and governed by communities of users and developers, rather than companies https://t.co/6i1ScUYm6Q

While trustless, autonomous blockchains are built on game theory and mathematical principles, their end-game is about the hardwiring of ethics. Developers with wide-ranging vision are engineering an enforceable code of conduct that can’t be routinely gamed by bad actors or completely overpowered by profit-takers.

In an introduction to Dfinity and cryptonetworks, Yahya along with a16zcrypto general partner Chris Dixon write about the old versus the new.

“Today’s web platforms like Google, Facebook, and Twitter command a great deal of power over their users and third-party developers. They are the aggregators who, by virtue of their stronghold over all user and application data, have control over: each and every interaction between users on the platform, each user’s ability to seamlessly exit and switch to other platforms, applications’ potential for discovery and distribution, all flows of capital, and all relationships between applications and their users. They also control the rules of the game. At any time, without warning, and almost entirely on their terms, these companies can (and do) change just about anything about what is allowed on their platforms––often disenfranchising entire companies in the process.”

Led by founder Dominic Williams, Dfinity has built a team to push back on corporate overreach. The key is building a system without a captain that can steer a ship with billions of passengers. Like Ethereum, the developers are trying to tackle scaling solutions for a decentralized system. Their solutions involve randomizing the process of electing new miners for each new block.

“Dfinity is building a new kind of public decentralized cloud computing resource. This rests upon a new blockchain computer that is similar in concept to Ethereum but has vastly improved performance and, ultimately, unlimited capacity. Business applications running on this computer will be unstoppable and won’t need to involve complex components such as databases, backup and restore systems or Amazon Web Services, allowing costs to be cut by 90% or more by reducing the supporting human capital required. Of course, such a powerful public resource requires governance…

Dfinity introduces algorithmic governance in the form of a ‘Blockchain Nervous System’ that can protect users from attacks and help restart broken systems, dynamically optimize network security and efficiency, upgrade the protocol and mitigate misuse of the platform, for example by those wishing to run illegal or immoral systems.”

The startup is still very much in the early stages of development. As it moves toward a network launch, Dfinity plans to build a “NASA for decentralization”, a dedicated team of hundreds of world-class researchers and engineers who can support the network as it expands. To that end, it has just closed a round of funding, raising $102 million from Andreessen Horowitz, crypto hedge fund Polychain Capital, SV Angel, Village Global and Aspect Ventures, among others. It raised $61 million in a previous round of funding led by Andreessen Horowitz in February.