by Brian Sewell
in Bitcoin 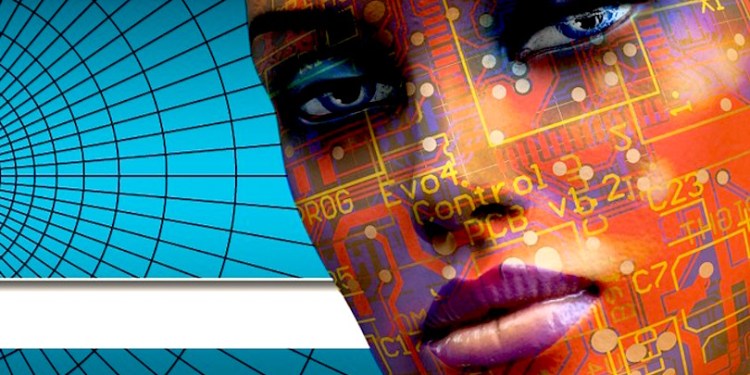 Don’t count out the cryptocurrency market. Granted, Ether and other tokens have recently taken a beating, and the market is down from its all-time highs. But I believe the fundamentals suggest that cryptocurrencies may outperform other asset classes over the long term. Deciding whether – and how much – to allocate to this emerging asset category requires understanding how investor sentiment and fundamentals influence cryptocurrency’s risk/reward profile.

Blockchain technology enables the secure, peer-to-peer digital exchange of value without need of a trusted third party to authenticate or record the exchange. This new non-intermediated process seeks to offer a cheaper, virtually instantaneous way to engage in transactions, update ledgers, execute contracts and access databases.

Let’s define currency as a trusted agent in a financial system, entrusted to transfer value by settling debt obligations. As Paul Vigna and Michael Casey observe in The Age Of Cryptocurrency, cryptocurrency such as Bitcoin proposes to “rearrange the rules of trust,” removing banks, brokers and governments as intermediaries from that financial system.

Cryptocurrency’s global adoption rate is estimated at no more than 3.5%. But long term, I believe higher transaction speeds, new applications and need in the Developing World for reliable financial payment methods will boost cryptocurrency adoption. Distrust in traditional currencies and failing financial systems, such as in Venezuela and Argentina, could also fuel adoption and support the overall cryptocurrency market.

The anti-inflationary characteristic built into a cryptocurrency’s code may also boost adoption rates. This represents a significant advantage over a fiat currency, which a government may devalue through printing money or excessive borrowing. In contrast, a legitimate cryptocurrency limits production of its units. Bitcoin’s code, for example, limits production to 21 million currency units by 2140.

Cryptocurrency’s substantial volatility reflects its status and promise as a developing technology. For example, major credit cards and PayPal have “scalability,” which means they can process hundreds, if not thousands, of transactions per second. Bitcoin can currently process only three to seven transactions per second. This has occasionally made Bitcoin a victim of its success, sometimes causing bottlenecks, reducing the speed and raising the cost of transactions.

Yet the Lightning Network, a “‘second layer’ payment protocol that operates on top of a blockchain…”, is now being tested to bring Bitcoin to scale. If successful, scalability could allow Bitcoin to surpass the transaction capacity of other cryptocurrencies and any other payment method. Scalability projects are also in progress for other cryptocurrencies and platforms, such as for Ether and Ethereum, through Plasma.

As a payment medium, Bitcoin transaction volume is down from its highs. But during more than two years, the technology has experienced an unabated rise in adoption of 654%. Some blockchain applications are also integrating Bitcoin into their platforms, which could further boost Bitcoin adoption and its market value.

Cryptocurrencies can move sharply based on fear or greed rather than on fundamentals. Take Bitcoin, with the largest market capitalization of all cryptocurrencies. Many Bitcoin investors are Generation-Xers and Millennials who distrust banks, Wall Street and governments, and so embrace cryptocurrency’s independence from intermediaries.

But judging from market movements, many are also inexperienced investors seeking a way to get rich quick. Instead of holding for the long term, many have resorted to panic selling in downturns. Panic selling has caused some investors to miss out on Bitcoin’s relatively small number of dramatic up days, and/or to lose money. Selling on fear has also exacerbated the overall cryptocurrency market downturn.

Bitcoin, in my opinion, may have the best opportunity to be a reliable, long-term cryptocurrency market performer. Bitcoin’s significant first-mover advantage has led to four compelling characteristics:

How Institutional Investment Could Benefit Bitcoin and the Cryptocurrency Market

I currently favor focusing on the top 10 cryptocurrencies by market capitalization, over-weighted in Bitcoin, which typically is less volatile than other cryptocurrencies. Granted, various tokens outside the top 10 have specialized codes aimed at disrupting particular industries, from artificial intelligence to entertainment, which I think will transform our entire economy. And successfully identifying the few smaller cryptocurrencies that will succeed may significantly enhance returns. But picking those winners out of over 1,500 cryptocurrencies is easier said than done.

Various pundits have pronounced Bitcoin dead over 300 times since December of 2010. They cite cryptocurrency’s high volatility. They doubt the viability of its payment system, based on open-source software code instead of a third-party intermediary such as a bank or government. They question that a cryptocurrency merits a high asset price. Such pronouncements themselves have sometimes depressed the cryptocurrency market. But although down nearly 50% YTD, Bitcoin has generally remained above $6,000 this year.

Friction between global regulators and cryptocurrency exchanges has periodically depressed prices, due to the technology’s unregulated status and concerns that criminals can misuse cryptocurrency’s anonymity for money laundering and other fraudulent activity.

I believe over the long term, the US, for example, will implement regulations that protect consumers while nurturing innovation. Striking this balance could add integrity to the cryptocurrency market, boost investor confidence and encourage institutional investment. SEC approval of a cryptocurrency exchange-traded fund (ETF) would represent a key step toward such comprehensive US regulation. Between September and March, the SEC may well approve what I believe to be the best chance so far for an SEC-approved Bitcoin ETF. But until or unless countries implement comprehensive rules that protect investors without stifling innovation, I think regulatory uncertainty will remain a key driver of cryptocurrency market volatility.

Initial Coin Offerings (ICOs) typically allow companies to raise money by issuing a new digital token to investors in exchange for fiat currency or cryptocurrency such as Bitcoin or Ether. Hoping the tokens will rise in value with the fortunes of the company, the investor can trade, spend and use the new tokens within that company-specific blockchain platform. These token holders do not own any equity in the company that they’ve invested in, so the investors have no leverage to make the company fulfill their promises. Though segments of the ICO market may continue to experience substantial returns, if many of these businesses don’t fulfill their promises, I expect the ICO market to experience a shakeout.

Aaron Brown, however, a former Wall Street financial research executive, opines that most of the actual funds raised for ICOs have gone to legitimate, promising ventures. Of the approximately $6 billion in ICO funds raised in 2017, he estimates that most of that capital (over $5 billion) funded 30 to 40 promising, reputable deals. For the remaining number of ICOs – at least the roughly 500 deals that each raised $1 million or more – he estimates that 20% of deals, comprising roughly $500 million in funds raised, went to legitimate ventures. Though roughly 80% of the remainder may have been fraudulent, negligent or lacking in merit, that comprises roughly $500 million in funds raised, out of the $5 billion total, or scarcely more than 8%.

Cryptocurrency exchanges have been notoriously hacked, such as two in South Korea. But exchange security is improving, as are fraud reimbursement policies and insurance protection options.

Thieves can wage a “51% attack” to steal money by gaining majority control of a cryptocurrency’s ledger. The high cost of perpetrating such a heist against larger tokens such as Bitcoin or Ethereum reduces their risk of 51% attacks. Several smaller cryptocurrencies, however, have endured attacks. This underscores both the relatively higher risks of investing in smaller tokens, and the need for all cryptocurrencies to innovate, one of the hallmarks of open-source software.

For high risk-reward asset allocations, I believe that at current prices, Bitcoin represents a worthwhile option relative to other asset categories. Although some smaller cryptocurrencies may perform well, I think Bitcoin will continue to dominate as a transaction medium, and may represent the most reliable cryptocurrency at its current price.

Taken together, four components of blockchain technology can transform how the world does business:

Enables the transfer of value over the internet.

Provides anonymity for each party in a transaction through encrypted digital signatures.

A transparent, immutable chain of transaction records, or ledgers, arranged in sequential blocks.

A transparent system of fraud prevention, which authenticates a transaction by recording it in a time-stamped numerical code, or “hash.” The hash becomes part of a blockchain, the public chain of transaction records. An attempt to fraudulently “double-spend” even a minuscule amount of value, by tampering with even a single transaction record, would corrupt the entire expanding chain of public records, generating a hash code error, which the network of legitimate users would reject.