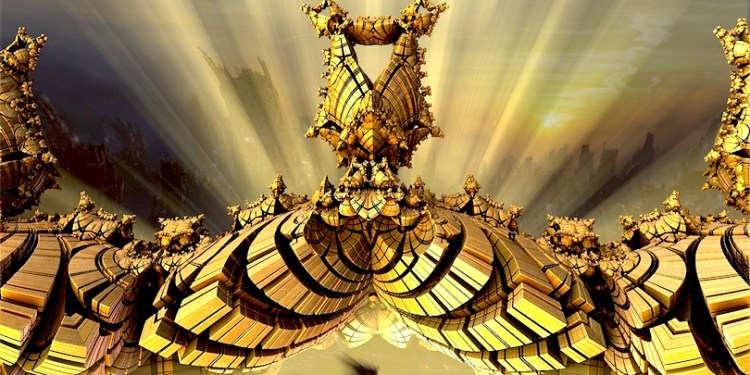 The sudden dip in the cryptocurrency markets on Wednesday is spurring a new round of speculation that Bitcoin is being manipulated.

Analysts are looking at the timing of a massive BTC short position worth $74,000,000. Since BTC was steadily rising for the past several days on positive sentiments that can be verified through the analysis of big data across the internet, why would an unknown party short BTC?

“Data scientists strongly believe this was either market manipulation or insider trading, but are reluctant to give a definitive answer for obvious reasons,” according to a report by CCN.

One theory: Someone had inside knowledge of the announcement from Goldman Sachs that it was putting its crypto trading desk on ice – at least for now. Speaking about the announcement to CNBC, Brian Kelly of BKCM said, “To the extent that they represent the institutional herd, this is a negative.”

“A simple machine learning model or an Artificial Neural Network may learn to predict the cryptocurrency prices based on a number of features: volume, value etc. While the price of the cryptocurrency depends on these features, it is also largely dependent on numerous factors and historical data. In fact for a trader, these values in the previous days (or the trend) is one major deciding factor for predictions.

In the conventional feed-forward neural networks, all test cases are considered to be independent. That is when fitting the model for a particular day, there is no consideration for the cryptocurrency prices (trends) on the previous days.

This is also true for analyzing social sentiment, fork analysis, blockchain protocol, etc. How heavily has the news affected crypto prices? Or when a cryptocurrency forks?”

This is not the first time these machine learning tools have prompted speculation about Bitcoin manipulation. On July 27, between 1:00 p.m. to 3:00 p.m. EST, RoninAI detected an unexpected Bitcoin price surge.

According to a report in Hackernoon,

“…the social sentiment analysis done by RoninAi showed generally neutral social sentiment for several days, but during this specific two hour time window, it went to over 8.0, indicating an extremely sharp positive upswing in social sentiment that could not be caused by a naturally occurring change in social sentiment. Instead, the only logical explanation was that there was a coordinated effort to directly influence Bitcoin’s price in the short term as a means of making profit, known as pump-and-dump.”

The day before that spike, on July 26, the SEC had rejected a Bitcoin ETF proposal, which caused a rapid 5% Bitcoin price dip. The report continues, “This price was expected to remain around this level for the near future, but on July 27, with no notable cause present, Bitcoin spiked back to its pre-dip levels.”

The Winklevoss twins, who own and operate cryptocurrency exchange Gemini and deployed Nasdaq surveillance technology earlier year, recently spearheaded a crypto coalition to identify bad actors and stop market manipulation. They have had two Bitcoin ETFs rejected by the SEC on the grounds that the market is fraught with manipulation.

At the same, the Bitcoin futures market is also accused of contributing to market manipulation.

According to a report by Cryptovest,

“Another factor to note here is the expiration of CME’s BTCQ18 futures contract on August 31, which was followed by a price surge, taking Bitcoin from around $6,850 to $7,380. The settlement for that contract was due for today, September 6, and what we are seeing now is also likely to be part of a bigger trend, where the futures market is used to manipulate Bitcoin price.”

The recent sell-off points to several different triggers. The Bitcoin dip also indicates that the market has yet to mature and that key regulatory guidelines are still outstanding.