by Alex Moskov
in Mining 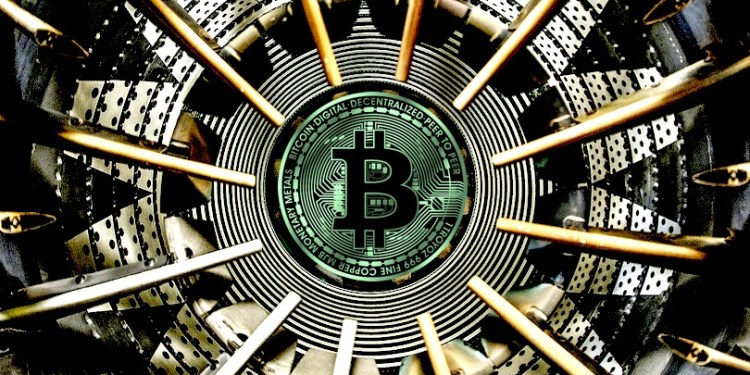 When Bitcoin mining and ASIC miner-producing juggernaut Bitmain released its IPO prospectus to the Stock Exchange of Hong Kong in September 2018, the world got to take a peek at some wild growth rates in the cryptocurrency industry not purely linked to astronomical gains from market speculation.

While many speculators were sprinting to the Gold Rush, Bitmain was there selling the pickaxes. One of Bitmain’s main revenue generators is the production of cryptocurrency mining chips and its fleet of Antminer hardware that allows customers to mine Bitcoin and other cryptocurrencies at semi-competitive rates. With over 80,000 customers and just under half in China and the rest overseas, Bitmain became the world’s leading mining hardware manufacturer.

However, at a time where Bitmain should be getting dolled up for the IPO pageant, it still seems to carry some of the sores that have recently plagued the cryptocurrency industry as a whole.

Its revenue growth rates and profit margins are decreasing, or at least headed to a serious lull. Gross margins in the first six months of 2018 were 36%, down from 48% in 2017 and 54% in 2016. The adjusted return-on-asset (ROA) and return-on-equity (ROE) also halved in 2018 from 2017. Bitmain is also combining both of the first 2018 quarters into a first half (H1) to distract from the evidence of further decline.

Like the many merchants who accepted cryptocurrency for their services in late 2017 and early 2018, Bitmain is also stuck holding assets that have depreciated significantly. With 27% of purchases in 2017 paid for with cryptocurrency, that’s a huge accounting headache for 2018 in terms of figuring out true revenue and tax liabilities.

In 2017, everyone seemed to be willing to drop shoulders Black Friday-Walmart style for an Antminer S-9. With cryptocurrency prices decreasing and profit margins shrinking for mining, so did the demand. This leaves Bitmain with a whole lot of unsold product in a quarter that didn’t go as planned.

Live by the hodl, die by the hodl. Bitmain also owns huge amounts of Bitcoin, Bitcoin Cash, Ether, Litecoin and Dash. It accounted for these cryptocurrencies at cost (priced at the time of acquisition), and not at the current market value. Depending on when these cryptocurrencies were acquired, Bitmain’s holdings could be a shred of what they used to be. Bitmain also owns AntPool, one of the world’s largest Bitcoin mining pools with an estimated 17.83% chunk of the total hash rate.

However, as with any company absolutely crushing it in a relatively untapped new market, competitors start to rush in like sharks at the sniff of blood. Companies like Canaan, Inc, Ebang International Holdings and even Samsung are likely going to encroach on Bitmain’s mining and mining equipment sale dominance.

Prior investments in Bitmain included roughly $784 million across Series A and Series B rounds, including IDG, Sequoia China, and Kaifu Lee’s Sinovation fund, NewEgg, EDBI — the corporate investment arm of Singapore’s Economic Development Board, and Coatue. Founders Ketuan Zhan and Jihan Wu hold 36% and 20%, respectively.

Regardless of decreasing profit margins and a slow down of revenue growth, Bitmain still appears to be headed towards a strong IPO. Although Bitmain hasn’t released a clear figure, according to Coindesk the company could be seeking to raise around $18 billion in its IPO, giving it a valuation between $40 and $50 billion. Only time will tell how the macro impact of a bear market and the concerns listed above will impact Bitmain’s valuation.