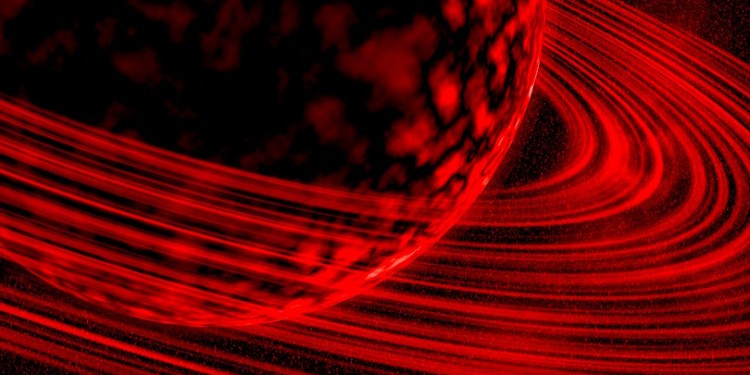 Jim Cantrell, a mechanical engineer, entrepreneur and the co-founder of SpaceX and Vector Launch, joined The Crypto Show to talk about his early involvement with space and Elon Musk, and how he got into crypto.

Cantrell says there’s a rapidly growing space economy that’s fueled by entrepreneurs rather than governments. He was first introduced to cryptocurrencies through his son Colin Cantrell, the creator of Nexus Earth, a quantum-resistant blockchain that also powers its native peer-to-peer cryptocurrency Nexus.

Jim says he and his team at Vector have incorporated Nexus into their vision of space commerce.

“We see the march toward space commerce and cryptocurrency to be well-aligned in terms of the way it interacts with the global economy and the way it essentially circumvents a lot of the government dominance in these industries.”

“The whole idea is lowering the barriers to entry for people to put commerce in space.”

The Vector team is building a Galactic Sky, a constellation of satellites that will consumerize space by allowing apps to built on a network of satellites.

Jim says the apps can be used for a variety of applications.

“Blockchain is perfect to tokenize the network. The idea being that if you own some of these tokens, let’s call them Galactic Sky tokens or Nexus tokens, if the case may be, those tokens then, because of the way blockchain works, will allow you to keep track of users’ use of the network, and therefore, greatly simplifying how you charge for network access.”

Vector is also part of the SpaceChain alliance whose mission is to spur the adoption of blockchain for space-based assets. Jim admits that the idea is avant-garde at the moment and that not everyone will be able to see what lies ahead. He admits he was an early skeptic of Elon Musk, dropping out of SpaceX prematurely.

“You never really know. With SpaceX, a prime example, I walked away after a year. The company is worth $25 billion now, and frankly, I wasn’t interested in what he was doing. I didn’t think he would succeed.”

To illustrate the unique benefits of cryptocurrencies and their abilities to operate outside of government, Cantrell walks through the “tortured, insane thought process” of the military industrial complex that won the war but lost the battle to become a good steward of public funds by bloating budgets and wasting tons of money.

“We can deploy capital 10 times more efficiently than the government. That’s what SpaceX did. They did for $1 billion what NASA didn’t achieve with $50 billion, and they did it privately. So, what I see happening with crypto is much the same thing… Crypto was a result of people being tired of the government controlling our transfer of value, and there’s no inherent reason that I’m aware of why governments have to control your transfer of value.

I can still give you a precious stone, and you can give me back something else. In barter, there’s no reason why that has to be regulated. So what crypto does is it really takes the hand of the government and puts it so far at a disadvantage that I think that we, as a society, hopefully will learn how to outgrow the government’s clumsy outreach.”

Cantrell believes the crypto markets are capable of correcting themselves, and that Bitcoin isn’t going away.

“It reached $19,000 a coin and it’s been very stable in the $5,900 to $6,900 range for about six months. Things do work themselves out. The government doesn’t have any place in all of this, is what my bigger point is. Just like going out into space. Who knows, maybe crypto will become the currency of the space colonies.”

While cryptos can reconfigure financial networks and the flow of value, CubeSats on the Nexus blockchain can circumvent data censorship on the internet. These miniature satellites, which are the size of a loaf of bread, embed micro electronics to become extremely robust. Vector is trying to get them into space to prepare for the next stage of human evolution where central controls lose steam and censorship runs out of gas.

“We see a day coming where people that are trying to slow down the spread of knowledge and speech will just hit so many head winds with these kinds of technologies that you can literally put together for hundreds of thousands of dollars. No longer is it a centralized net. It’s a decentralized net, much like crypto, particularly with Galactic Sky and some of these other kinds of technologies. There’s no way that central governments can control it.

Furthermore, one of the interesting things of space is the world has signed the Outer Space Treaty which limits national sovereignty at 61 miles, which is 100 kilometers. So there’s no national sovereignty over assets in space. It’s much like the ocean. So there’s going to be a day when the technology will simply outrun the tyrants. I think that’s been the theme all throughout human history. Today we need it more than ever.”

Regarding Elon Musk, Cantrell says his colleague’s recent run-in with the U.S. Security and Exchange Commission, which led to Musk stepping down from his post as the chairman of Tesla, is a case of “too much Twitter and not enough sleep.”

Cantrell first met Musk in 2001 when he was consulting for him.

“He is anything but Machiavellian. He just isn’t that kind of guy. He’s a dreamer. He’s a futurist. He’s driven like nobody I’ve ever known in my life, or I don’t think I ever will.”

You can listen to the full podcast with Jim Cantrell which also includes a discussion with David Johnston, co-founder of Factom, a company that builds blockchain software, and co-author of the seminal paper on decentralized applications.