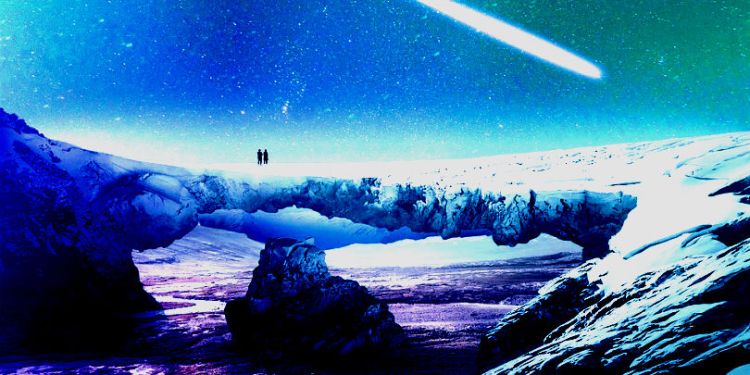 From a spike in the price of Bitcoin to mainstream adoption of the Ethereum blockchain, here’s a look at some of the stories breaking in the world of crypto.

Bitcoin suddenly surged more than 10%, jumping from about $6,310 to $7,006, according to CoinMarketCap. The price is swinging wildly, and is at $6,944 at time of publishing. The rise brought just about every altcoin along with it except for Tether, which dropped amid an apparent sell off of the stable coin. 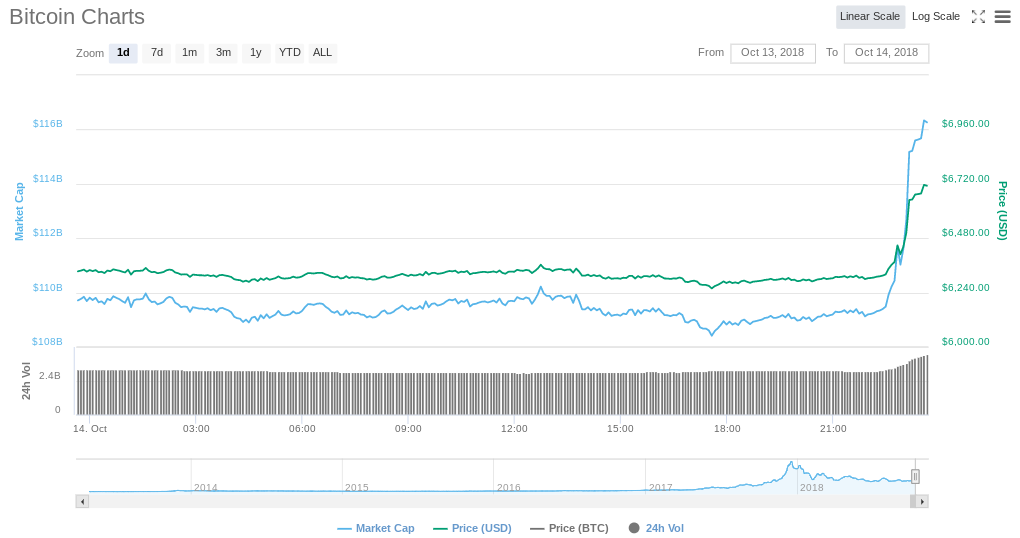 Meanwhile, a Bitcoin crypto exchange in Chile just added support for the Lightning Network (LN), a scaling solution designed to dramatically increase the speed and lower the cost of transactions.

We have great news! From now on our users can use Lightning Network to pay at lightning speed??Try it on the new "Pagos Lightning" button of your account on https://t.co/KttBJZy3Wa. More information at https://t.co/p4SnoOpDhr pic.twitter.com/wAfFWzYh7D

The popular contract service DocuSign is giving its customers the option to secure agreements on the Ethereum blockchain. The company made the announcement in a blog post about new features coming this fall.

“Also in Manage,’ for customers who want a blockchain as part of their System of Agreement, we have a pre-built integration with the Ethereum blockchain, the most popular blockchain for smart contracts. Although DocuSign can natively verify the integrity of any DocuSigned document, this integration provides an additional option for verifying document evidence via blockchain technology.”

Paycent is adding XRP to its mobile wallet app and payment platform.

Customers will be able to store XRP and use Paycent’s “Paycard” to convert XRP into local currencies and withdraw cash from ATMs.

Paycent will make @Ripple #XRP live on the app by first week of November 2018! Cash out directly to USD or any local currency using #PaycentCard. Order the card now!

The developers at TronWatchMarket say they plan to launch a pre-alpha release of the platform within the next two weeks.

In a recent interview, Litecoin founder Charlie Lee sheds some more light on which altcoins he is most interested in.

Lee told SFOX he finds Monero the most interesting, after Bitcoin and Ethereum.

“Another project that I’m interested in is Monero. I think a bit of privacy and fungibility is something that’s missing from Bitcoin and Litecoin, and it’s very much needed.

I do agree that Bitcoin Cash is definitely a competitor, but they’re coming from an angle, I would say, of being PayPal 2.0. They do everything on-chain, so transaction throughput will be high, but they’re sacrificing decentralization. It becomes harder and harder to run a node. And then fewer and fewer users will be running nodes — it’ll be left to big corporations and big miners. Before you know it, it’s centralized around those big players. That’s definitely something I’m not interested in.”