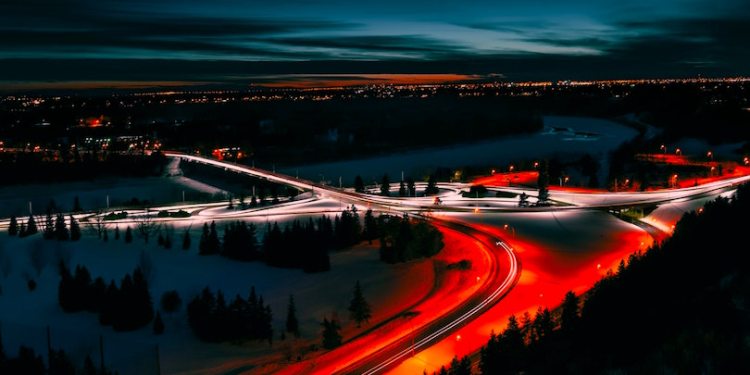 Gilder, the author of Life After Google: The Fall of Big Data and the Rise of the Blockchain Economy, broke down why he believes Google and Facebook will eventually bow and dissolve, along with centralized data stored in the cloud, as they get eviscerated by the “cryptocosm”– a new architecture for the internet.

When asked if the new infrastructure is being built now, Gilder says,

“It’s being developed now, it was invented, essentially by a few academics, but it was essentially incorporated in a product by Satoshi Nakamoto in 2008. And it’s 10 years later – it’s become the heart of what’s called the ‘cryptocosm’ and all sorts of embellishments and elaborations of it are under way today. And it’s the most exciting thing that’s going on in the world economy. It’s like a new internet, plus a new global financial system being incubated simultaneously today all around the world.”

When Levin asks Gilder if he’s alluding to Bitcoin, Gilder replies that the current financial structure has reached its ending.

“Well, today, of the existing financial system – a lot of people don’t realize it, but it’s essentially come to the end of the line. I wrote about it in The Scandal of Money. Today, the biggest industry in the world economy by far is currency trading. Just shuffling currencies back and forth. It’s 73 times as big as all trade in goods and services. It’s 25 times all global GDP, and it doesn’t even accomplish stable or meaningful monetary values across the world economy.

Its sole function, really, is to endow central banks with the capability of generating money and imposing some 250 – it’s doomsday pot of $250 trillion of debt on the world economy. This system is not going to be viable over the future. So it’s providential in my view today that scores of thousands of the most brilliant young entrepreneurs in the world economy are creating a new monetary system.”

“It’s public, it’s private, it’s ubiquitous, it starts with Bitcoin, which, as I explained in my book, has various flaws that mean that it is not going to be in its current form, at least, the foundation for a new currency. Satoshi was trying to create a new gold, and gold is the one monetary element that has endured through the centuries and has been the monetary premise for all the greatest eras of industrial development in the history of the world. The great miracle of capitalism was founded on money, which was identified as gold, and Satoshi wanted to create a new digital gold, and he almost did it, and now there are thousands of people trying to actually accomplish this goal, and when they do, it will once again restore money on a real basis that allows it to be a measuring stick rather than a magic wand for central banks.”

When asked if he believes that Apple, Amazon and Google will reign as the biggest corporations in the world 10 years from now, Gilder points to cryptocosmic companies.

“Well, ten years ago the biggest corporations in the world by market cap were Exxon, Walmart, the Petroleum Bank, China Petroleum and the Industrial and Commercial Bank of China. Ten years later, the top four companies in the world are Apple, Amazon, Google and Microsoft by market cap. I mean, who would have predicted that? And I believe that in the next ten years, there will be a similar turnover, and there will be cryptocosmic companies who will dominate the list of the top market caps in the world.”

Before launching into a discussion about Israel’s Prime Minister Benjamin Netanyahu, Gilder talks about Ethereum co-founder Vitalik Buterin and his visit to Israel in 2017.

“Most of American companies are dependent on Israeli laboratories and inventions. The cryptocosm really began in Israel when Vitalik Buterin visited the country and found – he was an advocate of Bitcoin – and he found Mastercoins and named coins and colored coins, as they called them, and he established Ethereum which has since produced some $20 billion of new initial coin offerings in the last 12 months, which really is solving this 90 percent drop in initial public offerings.”

Levin, who hosted a nationally-syndicated radio show prior to Fox, is a constitutional lawyer and former chief of staff to Attorney General Edwin Meese. His goal is to “bring viewers crucial insight on the big issues of the day, including immigration, national security and government overreach.”

Gilder is the author of Life After Television, published in 1990, among several other books. At that time, he predicted that the computer of the future would be “as portable as your watch and as personal as your wallet. It will collect your news, read it to you if you like, do your banking. It may not do Windows, but it will do doors, opening the door to your future.”

The following clip is the first segment of the program. You can read the full transcript here.