Over 7,000 Global Bankers Arrive in Sydney for Sibos 2018: Swift, Ripple and the Financial Services Turning Point 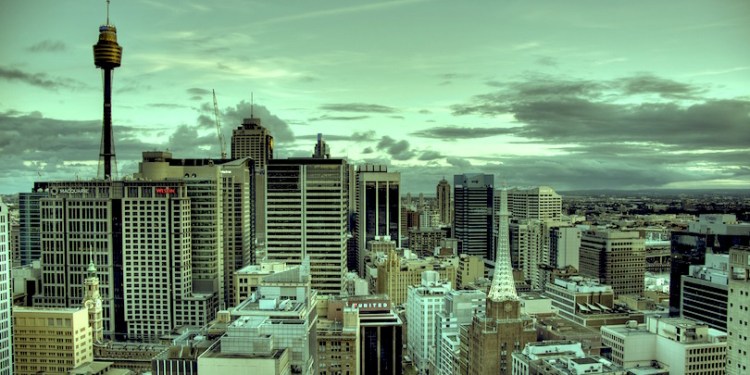 The Swift International Banking Operations Seminar (Sibos) opened its doors on Monday to over 7,000 global bankers. The four-day annual event, which is being held this year in Australia from October 22nd – 25th at the International Convention Centre Sydney, is a networking event that mixes big tech, traditional finance and the emerging technologies that are transforming the banking industry.

In addition to banking participants, tech giants Google, IBM and Microsoft are in attendance.

Seminars about blockchain, quantum computing, artificial intelligence, the future of financial services and fintech dominated day one. According to a Financial Review report,

“There’s a sense in the crowds that the financial services sector is at a historical turning point, and is going into battle in a massive fight with the tech giants.

According to McKinsey’s ‘Global payments 2018’ report, released on Monday, global revenues from the payments industry will surpass $2 trillion in 2018 and will approach $3 trillion in the next five years.

This represents more than 30 per cent of all banking revenue, and this is rising. The main driver is the electronification of transactions away from cash. But pools of revenue as big as this are attracting big interest from players outside banking.”

Despite the number of cryptocurrencies available to consumers and businesses, including Bitcoin, that can transfer value across borders, Swift issued a statement on day one – with a note about fintech startup Ripple.

The San Francisco-based company, also in attendance at Sibos, has been making waves in the banking industry on the strength of RippleNet, its cross-border payments platform that has signed on more than 100 financial institutions. Ripple takes aim at Swift by offering a suite of blockchain-based software APIs that can reduce fees and transaction speeds, and offer more transparency in a frictionless environment.

Swift at sibos today: “The benefits of DLT are promising, but delivering it is still years away.” There are over 100 financial institutions with access to instant payments across 40 countries and 6 continents who would say otherwise. #Sibos

Swift is offering its global payments innovation (gpi) EUR services that provide real-time tracking of payments and same-day use of funds for corporate clients. First introduced at Sibos in 2015, gpi went live on Deutsche Bank, one of the first clients, via an API in November 2017.

With 24-hour settlements, Swift’s services have given other blockchain-based solutions and competitors like Ripple, which reduces settlement times to seconds for small and medium businesses, an opening and an advantage in global payments. Writes Antony Peyton, editor at Sibos’ Daily News,

“…Swift pointed out that, overall, nearly 50% of Swift gpi payments are credited within 30 minutes and over 90% of payments within 24 hours. Those that take longer do so for a clear, known reason, Swift stated, such as extra compliance checks, complex foreign exchange conversions, or regulatory authorisations.”

“‘The rapid widespread adoption and use of Swift gpi has been driven by demand for a faster, more transparent cross-border payments service,’ said Swift.”

Swift’s network has grown to over 165 banks, “with over 80% of its cross-border payments traffic since launch last year.”

“The figures will no doubt change but it said with more than $100 billion a day flowing over gpi, it is rapidly becoming the new cross-border standard, Swift states, helping to generate up to 50% reduction in enquiry costs.

All in all it was yet another eventful year for Swift and with no mention of Ripple for once.”