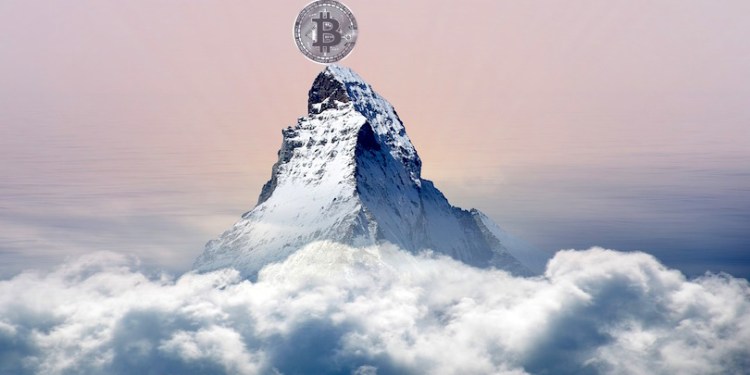 The cryptocurrency market has languished for nearly ten months, with Bitcoin, the leader by market capitalization, down over 50% for the year, and trust flagging in Tether, the most widely traded stablecoin. A breakthrough in scalability, regulation, or technology might revive this emerging sector, fueling a virtuous cycle of increased adoption, investment, and new software applications that makes commerce cheaper, faster, and more accessible.

Yet the volatility of most cryptocurrency tokens is hindering the sector’s development. A more stable cryptocurrency could increase the confidence of consumers, businesses, investors, and software innovators.

A stablecoin such as Tether (USDT) provides market liquidity by allowing investors to rapidly trade from a volatile cryptocurrency to one designed for stability, through a 1 to 1 exchange with a fiat currency, such as the U.S. dollar. Being able to hedge positions in, say, bitcoin with a cryptocurrency proxy for a fiat currency is indispensable because most exchanges don’t allow customers to hold fiat currencies in their accounts. That’s because banks, the standard means to transfer fiat currency, generally don’t do business with crypto exchanges due to legal risks and regulatory ambiguity.

Not everyone believes the stablecoin newcomers will ignite the next stage of the crypto revolution. A new comprehensive study, The State of Stablecoins, by cryptocurrency wallet maker Blockchain, concludes that the perfect stablecoin may be unattainable because a coin that effectively fulfills one function – such as providing financial market liquidity – might not also successfully fulfill another function, such as serving as an efficient means to buy and sell goods and services.

The Rise and Wobble of Tether

Despite such challenges, the success and vulnerability of Tether (USDT), the leading cryptocurrency by market capitalization, helps explain why a plethora of new stablecoins has recently hit the market. Tether operates on an ‘overlay network’ running on top of the bitcoin blockchain and is designed to be redeemable at a 1 to 1 exchange rate for the U.S. dollar (and euro). Tether has, with some notable recent exceptions, consistently mirrored the price of the dollar since its 2014 debut, enabling investors to readily trade back and forth between cryptocurrency holdings and this proxy for a fiat currency. Despite recent declines, Tether’s market cap has grown from ~$7million in 2017 to $2.11 billion today, making it one of the top 10 cryptocurrencies by market value. It comprises 93% of the stablecoin market and is the second most actively traded cryptocurrency.

But Tether’s dominance over the stablecoin market may be numbered. Though inconclusive, suspicions about Tether have damaged confidence not only in the world’s leading stablecoin, but in the entire cryptocurrency market. Allegations surfaced against Tether after bitcoin surged to an all-time high of nearly $20,000 in late 2017, then lost nearly half its value by early 2018. An anonymous paper wondered in January of 2018 whether Tether’s operators had used the stablecoin to manipulate the price of bitcoin during the cryptocurrency’s historic run up. Though a May University of Queensland study disputed this view, a June University of Texas study supported the original allegation. Detractors also wondered whether Tether possessed sufficient dollar reserves to make good on its promise of redeeming investors’ holdings at an exchange rate of 1 tether for 1 US dollar.

Tether’s owners and operators, which include the CEO of cryptocurrency exchange Bitfinex, exacerbated suspicions by stating that it could not provide an independent accounting audit, which might have refuted the accusations. Despite Tether’s continued popularity as a liquidity mechanism, its owner’s failure to address these questions have damaged its credibility and may have worsened 2018’s cryptocurrency market doldrums.

A Tether reckoning seems near. On October 15th, Tether fell to an 18-month low, and traded as low as $0.925284 to 1 U.S. dollar, while 200 million tether coins have recently exited circulation. “Tether’s recent decoupling from the dollar suggests the stablecoin market is ripe for a new generation of more transparent tokens,” says Ryan Ballantyne, Executive Vice President of Blockforce Capital, an asset management firm that invests in cryptocurrency and blockchain companies. “We’ve seen a loss of confidence in Tether due to its lack of transparency, prompting many stablecoin newcomers to offer independent auditing and regulatory processes. Market forces have pushed many stablecoin operators to implement anti-fraud safeguards, which could reassure the entire cryptocurrency and market regulators could build upon.”

Most new stablecoins espouse a more transparent, versatile alternative, typically with an open source code, meaning multiple developers can work on the project, audit the code, and potentially develop new applications. They fall into two categories:

Asset-backed stablecoins derive their stability from collateralization by stored reserves. They comprise 77% of all launched or developing stablecoins, according to the State of Stablecoins report. They divide into two types:

Off-chain (also known as “fiat-backed”) are backed by reserves of fiat currency (or metal) that equal or exceed the value of the stablecoins in circulation (examples include Tether, the Gemini Dollar, Circle USDC, True USD, the Universal Dollar, and Paxos Standard).

On-chain are backed by reserves of cryptocurrency (examples include Dai and Havven).

Garrick Hileman, head of research at Blockchain and author of the report, expresses skepticism that the asset-backed model is viable, due to its scalability issues. The more popular an asset-backed stablecoin becomes to conduct transactions, the more fiat and/or cryptocurrency reserves its operators must fund to back the additional coins needed to enter circulation. He questions whether developers of today’s reserve-backed stablecoins will have the wherewithal to invest the millions, if not billions, he estimates such a coin would need to support mass adoption.

Richard Raizes, CIO of Plutus21, a Dallas-based investment firm focused on alternative assets including cryptocurrency, believes that in the short term, a fiat reserve-backed, fully-audited, legally compliant stablecoin will still likely be the easiest stablecoin model to implement, understand, and gain traction.

What’s unclear, he says, is a clear frontrunner. “There is a race in the U.S. between several competitors,” he says, “but all of them are having trouble differentiating themselves.” He predicts that the first stablecoin to clear the following hurdles will become the market leader: gaining SEC classification as a legal “non-security” that must still abide by U.S anti-money laundering regulations, arranging regular audits by a Big-Four accounting firm, and striking an exclusive partnership with a company such as Facebook with millions of users. He thinks other sources of competitive advantage would be a stablecoin offering real-time public access to audits and zero or negligible fees to convert stablecoins back to fiat currency.

Algorithmic stablecoins are structured to achieve price stability from versatile coding, designed to constantly recalibrate the coin’s money supply to match demand. Although none has yet launched, algorithmic stablecoins comprise one third of all existing or developing stablecoins, according to the State of Stablecoin study. Examples include Basis, Terra, Carbon, and Fragments.

Since one hasn’t yet been launched, algorithmic stablecoins remain unproven. However the State of Stablecoins opines that long-term, algorithmic stablecoins may represent the most viable type of stablecoin. They don’t have the scalability limitations of reserve-backed stablecoins, concludes the report, typically have stronger network adoption incentives in the form of ‘seigniorage shares,’ or transaction fee dividends, and may become the model that reserve-backed stable coins eventually convert to.

Raizes underscores that although he thinks a crypto-backed or algorithmic coin will eventually become “wildly successful and serve as an infrastructure for mass adoption,” a winner, he says, will need a three-year plus track record as a stable, bug-free, low-cost transaction medium with proof that a government won’t censor currency trading on the entire platform due to suspicion of nefarious activity.

Chris Sullivan, Portfolio Manager at hedge fund Hyperion Decimus, believes that although algorithmic cryptocurrencies are unproven and may be imperfect, they could play a key transitional role in boosting adoption of cryptocurrency to pay for goods and services. Broad merchant adoption of a stablecoin to process sales transactions, he says, could represent the first step toward increased consumer adoption.

“Small and medium sized businesses, such as smoothie bars or clothing stores,” he explains, “may conclude that receiving stablecoin payments enables them to process transactions more cheaply, efficiently, and predictably than through either bitcoin or U.S. dollars. If a critical mass of merchants first start offering consumers strong incentives to pay in stablecoins because businesses think stablecoin transactions could improve their bottom lines, a rise in consumer adoption could well follow.”

Can Stablecoins Take Cryptocurrency to a New Level?

But Matt Slater, Managing Partner of Synapse Capital, doesn’t rule out that a stablecoin now on the market or in late-stage development could become a widespread, globally adopted cryptocurrency. Yet he thinks such a cryptocurrency must first achieve widespread use in Distributed Applications (dApps). “We’re a long way from mass use of stablecoins to buy coffee and engage in other types of transactions,” he says. “I think we’ll initially see dApps become early adopters of stablecoins, enabling fast, convenient, low-cost applications. Once liquidity increases, then consumer and business transactions become more feasible.”

He predicts that another early sign of success will be one or more stablecoins that disrupt the cryptocurrency markets by powering the emerging group of Decentralized Exchanges (DEXs). A DEX is a smart contract-based crypto trading exchange that seeks to reduce hacking risks by not storing investor assets in a single location. Instead, a DEX is coded to automatically store financial transaction records, match buyers and sellers, and swap tokens, all on the blockchain.

“We’re at a very experimental stage right now,” Slater adds. “The wide variety of stablecoin models and tokens suggest that the market is learning, and we’re on a promising trajectory.”

Technology can evolve in unforeseeable ways. But if successful, the creation of one or more reliable, trusted stablecoins could advance the most significant financial transformation since the Medicis invented modern banking and financed an explosion of world trade.