A Look Ahead: Bitcoin and Crypto 10 Years From Now 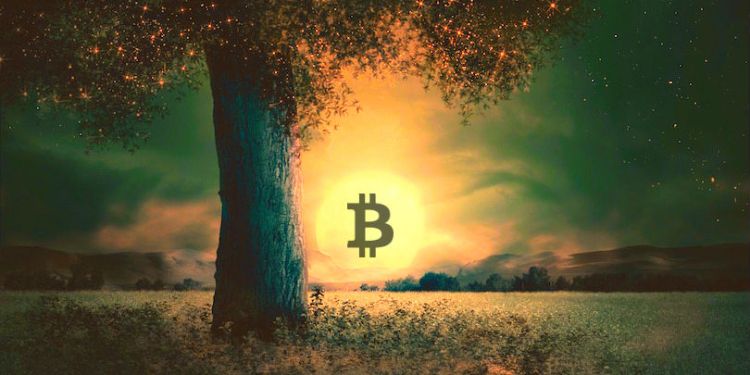 On October 31, 2008, a link to a paper titled Bitcoin: A Peer-to-Peer Electronic Cash System was posted to a cryptography mailing list. It outlined an entirely new banking system – without the banks. The system would use computer science and mathematics to create a more transparent and effective way of storing and transferring money.

After treading water and catching waves, fielding punches and swimming in praise, Bitcoin has reached a landmark ten-year anniversary.

An incredible anniversary for one of the most important human creations in history. Today marks 10 years since Satoshi’s white paper. Within another 10, fiat will have begun its terminal decent. Cheers to you, Mr. Nakamoto, and thank you. https://t.co/SvIQtNqjl5

Although its anonymous author, Satoshi Nakamoto, has remained a mystery ever since, Bitcoin has unleashed a worldwide effort to revamp the banks, daily business transactions and the global financial system. Bitcoin’s epic highs and lows reflect its madcap price volatility and equally polarizing sentiments.

As Bitcoin’s white paper turns 10 years old today, industry leaders are making their predictions about Bitcoin and its place in the world 10 years from now.

Here’s a round-up of opinions from some of today’s industry leaders in the crypto space.

“Bitcoin was just the beginning – in the next 10 years, we will see platforms being built and transacting with real customers at an ever more rapid pace. I predict that every major brand will have its own transactable cryptocurrency in the next decade.”

“Over the past 10 years, an idea that originally targeted financial institutions has blossomed into a global movement to hold centralized authorities accountable, including technological institutions like Facebook, Google, Amazon, and Apple. It has never been a better time for Bitcoin and other blockchains.

Price has and always will fluctuate, but what truly matters is that the core of engineers, believers, and dreamers have continued to grow, improving the technology and inspiring new projects to push the boundaries of what can be accomplished! In the next 10 years, the world will change dramatically – and we believe blockchain will make that change more equitable for every person.”

“The next decade could see Bitcoin being accepted as the norm when it comes to money transfer and payments. As with any startup idea, early days are always risky, but I feel these are now few and far between.”

Noting that Bitcoin has had its reputation tarnished due to a lack of stringent security measures at major cryptocurrency exchanges, Buda says that will change. The key to changing widespread perception is changing how users deal with private keys. Once easy-to-use interfaces are integrated into everyday transactions, Bitcoin will flourish.

“So whilst cryptocurrencies like Bitcoin have been described as the ‘Wild West’ by the UK treasury, we expect in 10 years’ time, Bitcoin will become mainstream and have a remarkably different reputation.”

Green believes the crypto market cap could swell by as much as 5,000%, touching $20 trillion by 2028, but it won’t be Bitcoin leading the pack.

“Bitcoin is what kickstarted the crypto revolution and it has changed the way the world handles money, makes transactions, does business, and manages assets, amongst other things, forever.  It all began with bitcoin. However, whilst I don’t wish to rain on anyone’s parade, I believe that bitcoin’s influence and dominance of the cryptocurrency sector will drastically reduce in its second decade. This is because as mass adoption of cryptocurrency grows, more and more digital assets will be launched – by organisations in both the private and the public sectors. This will increase competition for bitcoin and dent its market share.”

Kim predicts Bitcoin and crypto will end up in retirement plans two years from now.

“People from every inch of the globe are traveling to various countries for crypto-related conferences to learn more about how it’s impacting the countries locally and then ultimately building projects together. Within two years from now, you’ll start seeing bitcoin and crypto held in traditional 401K plans.”

Janet Yellen, former chair of the Board of Governors of the Federal Reserve System (2014–2018)

Tempering the positive outlook Yellen, stands in sharp contrast to the developers who are introducing blockchain solutions that skirt centralized powers and strip away monopolistic controls.

Speaking at the Canada Fintech Forum in Montréal on Monday, Yellen addressed several issues with Bitcoin that are widely held by its opponents. She criticized Bitcoin’s price volatility, slow transaction speeds, its high energy-consuming network and its link to crime.

“I know there are hundreds of cryptocurrencies, and maybe something is coming down the line that is more appealing, but I think, first of all, very few transactions are actually handled by Bitcoin. And many of those that do take place on Bitcoin are illegal, illicit transactions.”

According to Yellen, who confirmed the gift, “I did receive a gift of bitcoins this morning and have been very busy ever since so I’ve not looked into it further.”

As opponents continue to point out Bitcoin’s shortcomings, enthusiasts indicate that it’s still early days. Just as Henry Ford did not produce today’s Tesla, the underlying fundamentals of the automotive vehicle swept away the horse and buggy.