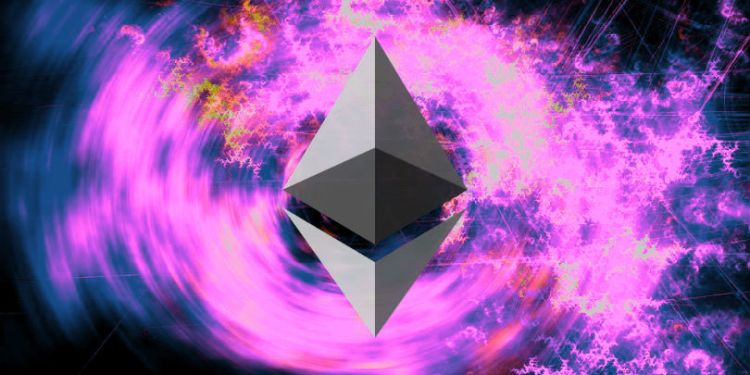 In his keynote address from DevCon 4 in Prague, Ethereum creator Vitalik Buterin tracks the history of ideas – some integrated and others abandoned – that led to where the platform is today, and looks ahead to Ethereum 2.0. 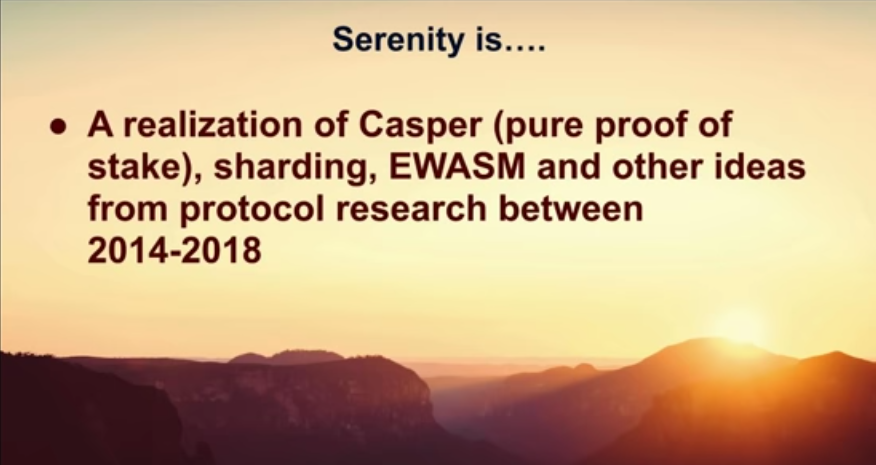 “[Serenity is] a realization of all of these different strands of research that we have been spending all of our time on for the last four years. So this includes Casper, and not just hybrid Casper, 100% organic, genuine, pure Casper. Sharding, EWASM, and all of these other protocol research ideas. This is a new blockchain, in the sense of being a data structure, but it has this kind of link to the existing proof-of-work chain. The proof-of-stake chain would be aware of the block hashes of the proof-of-work blockchain. You would be able to move ether from the proof-of-work chain into the proof-of-stake chain.” 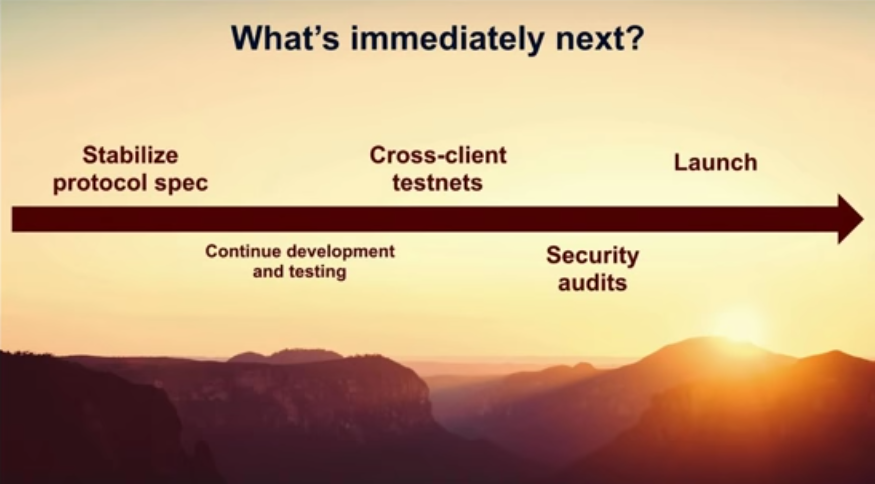 “So it’s a new system, but it’s a connected system. And the kind of long-term goal is that once this new system is stable enough that basically all of the applications on the existing blockchain can sort of be folded into a contract on one shard of the new system that would be an EVM interpreter written in EWASM.”

According to Buterin, Serenity will offer a huge increase in scalability, and make Ethereum’s 15 transactions per second a thing of the past.

“Serenity is also the world computer as it’s really meant to be, not a smart phone from 1999 that can process 15 transactions per second and maybe potentially play snake. And it’s still decentralized and we hope that in many metrics it can be even more decentralized than today.” 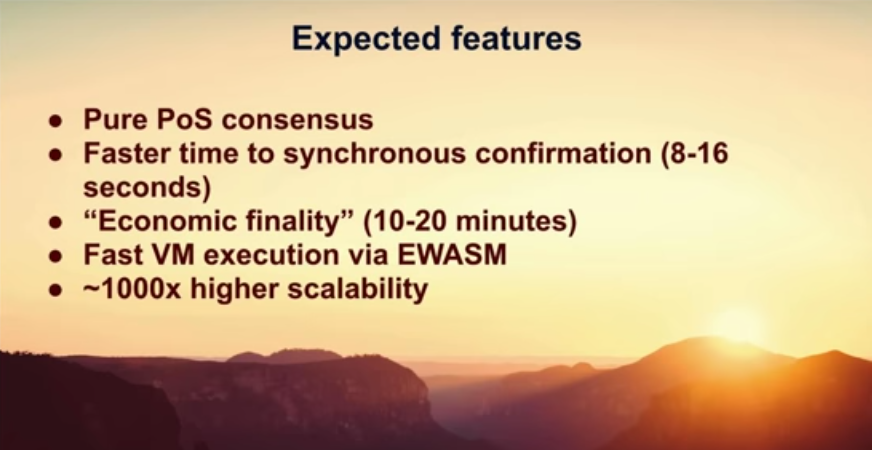 Buterin didn’t give an exact window for the launch of Serenity, but says after years of work, a working product is on the horizon.

“Launch is basically the milestone that we’ve all been waiting for, that we’ve been working toward for the last four to five years, and a milestone which is really no longer so far away.”