Litecoin Creator Charlie Lee: We’ve Yet to Scratch the Surface on How Far Bitcoin and Crypto Can Go 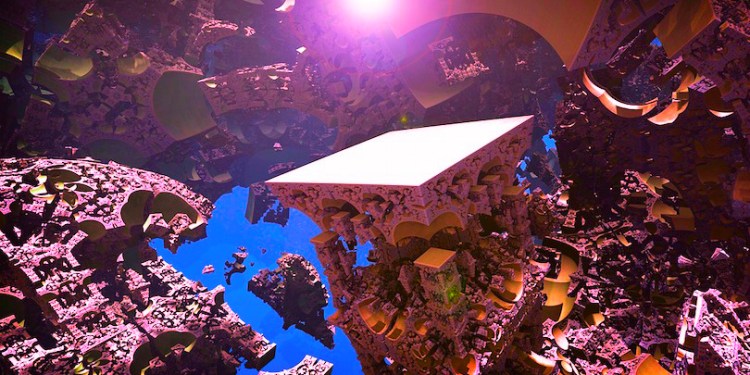 In the latest episode of Unconfirmed, host Laura Shin speaks with Litecoin creator Charlie Lee about his thoughts on Bitcoin’s 10th anniversary.

Although Lee is confident that cryptocurrency “will revolutionize money,” the movement is in its infancy.

“It hasn’t really reached much adoption in terms of people using it. We’ve definitely gone far – there’s work on second-layer solutions, more scaling, more privacy, and I’m happy to see how much we’ve done in the past 10 years, but there’s definitely a lot of work ahead of us.”

Lee says that giving people more options for buying into the crypto asset class is the next near-term push toward mass adoption. He cites recent announcements by Fidelity and Intercontinental Exchange, creator of the new cryptocurrency exchange Bakkt, as indicators of mainstream engagement.

But the real power of Bitcoin lies in its ability to thwart any government’s efforts to knock it off course. Lee first found out about Bitcoin in 2011, nearly a month after “Poker Black Friday,” the day the US government targeted the online poker industry. The events surrounding April 15 crystalized for Lee the importance of having a form of money that can’t be censored.

According to a report by Poker News,

“On that day – April 15, 2011 –  the U.S. Department of Justice unsealed a 52-page indictment against top executives of PokerStars, Full Tilt Poker, and Absolute Poker, as well as a civil complaint against those companies. Those named in the indictment faced years in prison while the civil complaint sought $3 billion in assets from the sites. PokerStars and Full Tilt Poker immediately stopped serving US players, with Absolute Poker and its sister site UltimateBet (of the Cereus Network) following suit afterwards.”

Remarking on the fall-out, Lee says,

“The government shut down the online poker sites, charged everyone with wire fraud and money laundering, and then shut down all the payment methods for getting US dollars into the poker sites. So the poker sites are off-shore somewhere – so they’re still running – but you can’t, as a US citizen, there’s just no way for you to transfer money to those sites so you can gamble. And from my point of view, poker is a game of skill; you are using your own money; you’re not harming anyone; and you’re actually just having fun. So there’s no reason why anyone should just stop you from playing a game online. So with Bitcoin now, you can actually just transfer Bitcoin to an online poker site and no one can stop you. So it’s a better form of money where you actually have control over your own money.”

Ultimately Bitcoin has the power to tear away at the fabric of a government as the sole arbiter of moral behavior. Throughout history, governments have used their political power to control the flow and legal status of substances such as alcohol, hard narcotics, marijuana and cannabis oil, not only to protect people, in theory, but to protect political and corporate interests, in practice. By stamping out personal preferences, new technologies or grass roots movements, governments have been able to protect established industries that may have otherwise been undermined.

When asked if Lee believes that the best use case for Bitcoin is to use it for illegal activities, he replied,

“I see it the other way around. The reason why these so-called ‘illegal’ sites use Bitcoin is because Bitcoin is good money. You should be able to spend your money the way you see fit without someone or a third party or a government saying you can’t use your money in a certain way. So I think the reason why Silk Road, dark web markets and poker sites use Bitcoin or cryptocurrency is because it’s good money. And I think good money will win out in the end. It’s not just about doing illegal things. It’s more about just having control of your money. Hard-earned money, it’s your money, so you should have full control over it.”

As for Bitcoin’s longevity after 10 years of skeptics and death declarations, Lee says,

“Bitcoin solved the problem where you have a distributed ledger and no one has control. If you look at things like Liberty Reserve or things like that, where there’s still a central controlling party, so the government can crack down on that central party and kind of just kill the currency. So the innovation of Bitcoin is that it’s a decentralized currency and no one has control. And I think that’s the key. They managed, or Satoshi managed, to achieve this goal where previously no one else has been able to.”