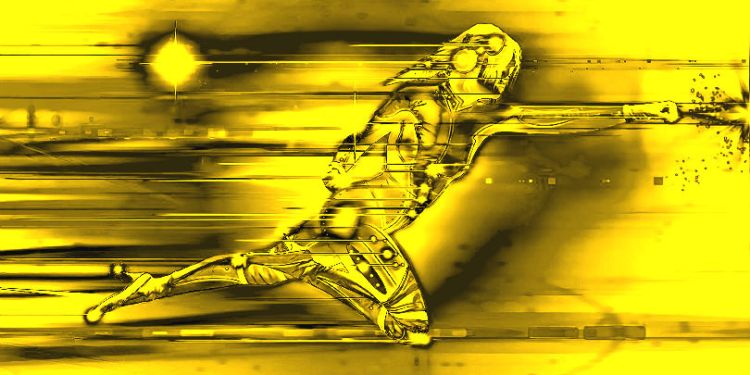 Ripple CEO Brad Garlinghouse is addressing rumors that Swift and Ripple are working on a partnership behind-the-scenes.

In a new interview with Bloomberg, Garlinghouse was asked if recent gossip that Swift will be joining Ripple are true or strictly rumors.

According to Garlinghouse, a potential partnership with the global payments network is somewhat irrelevant, because he believes Ripple is already taking over Swift.

“I think what we’re doing and executing on a day-by-day basis is, in fact, taking over Swift. In that, we’ve now signed up well over 100 banks. Some of the largest Swift-enabled banks in the world are now using Ripple’s technology.

Just last week we saw a remittance company who’s using Ripple’s technology – they reduced the price per transaction to their consumers from $20 per transaction to $2 per transaction, and they saw an 800% increase in usage overnight. That’s the type of dynamic that Swift isn’t able to support that we’re able to address right now. And that’s something we saw just in the last couple of weeks. So, we certainly want to see banks succeed in this new world order and take advantage of these technologies. To the extent we can work with Swift to do that, then that’s great.”

Garlinghouse also addressed Swift’s stance on blockchain, saying the technology is proven and here to stay.

“We feel like blockchain technologies are a massive step forward in terms of how correspondent banking has historically worked. The technologies that banks use today that Swift developed decades ago. It really hasn’t evolved and kind of kept up with the market.

We feel like we’re here to help the banks. Swift is owned by the banks. There have been opportunities where maybe there’s partnership opportunities. We haven’t been able to bring those to fruition. But we’re going to keep focusing on solving the customer problem. Swift said not that long ago that they didn’t see blockchain as a solution to correspondent banking. We’ve got well over 100 of their customers saying they disagree.”

As for the cryptocurrency XRP, Garlinghouse says the digital asset is solving a real problem at scale.

“I think any digital asset in the long term is going to be valued based upon the problems it’s solving. Is it solving a real problem at scale? I think people increasingly have seen that XRP is solving real problems. Both how Ripple is using it to solve a cross-border payments problem. Selling those technologies to banks and financial institutions.

And I think this is a nascent market. There’s a lot of speculation. There’s, frankly, a lot of hype. And as we separate that hype from reality, you’re going to see diversion happen. So I think one of the reasons XRP has outperformed is because you’re seeing there’s real use case. It’s solving a real problem.

“You’re seeing more and more companies entering the XRP ecosystem. There’s a very cool micropayments company that launched in 2018 called Coil. And looking at, how do you leverage XRP payments to enable a penny payment, a two-penny payment? If I’m going to read a website and I don’t want to pay $10 a month for whatever newspaper, I can actually read an article for a couple cents that can be dribbled out. That’s an example of how other people are taking advantage of XRP as an extremely fast and extremely low-cost way to move value around.

It’s 1,000 times faster than Bitcoin and 1,000 times cheaper than Bitcoin, to enable those transactions. You’re seeing the market, I think, react to that. Ripple is using that same technology, at scale with financial institutions and banks. It’s been unequivocally a record year for us. We have been signing over two production contracts per week with banks, ranging from a large bank in Kuwait and Saudi Arabia. One of the largest banks in the United States we announced a few weeks ago. So that momentum, because we’re solving that real problem, I think has driven excitement and enthusiasm.”

Garlinghouse also addressed institutional interest in cryptocurrency at large and XRP specifically, saying interest is on the rise.

“One of the reasons why we’re seeing so much interest in what’s going on in Singapore, and one of the reasons I’m here, is because you’re seeing regulators provide clarity about how they’re going to approach crypto. How they’re going to approach blockchain. It allows companies like Ripple and other companies in the space to invest with certainty. With clarity.

And so I think you’re seeing more and more institutional interest in the crypto space. Even recently, the parent company of the New York Stock Exchange, ICE, announced their crypto exchange that they plan to launch in December called Bakkt.

When I was here in Singapore a year ago at this same event, there were 30,000 people here. And this year there’s 40,000 people and it’s part of that regulatory certainty. It’s seeing the institutional interest from players like the parent company of the New York Stock Exchange. You’ve seen Fidelity in the United States make announcements on their interest. And even with Ripple, last quarter we announced there was more institutional interest in people coming to us to buy XRP – that institutional buyer – than we’d ever had before in our history. And I think you’re going to continue to see that grow.”