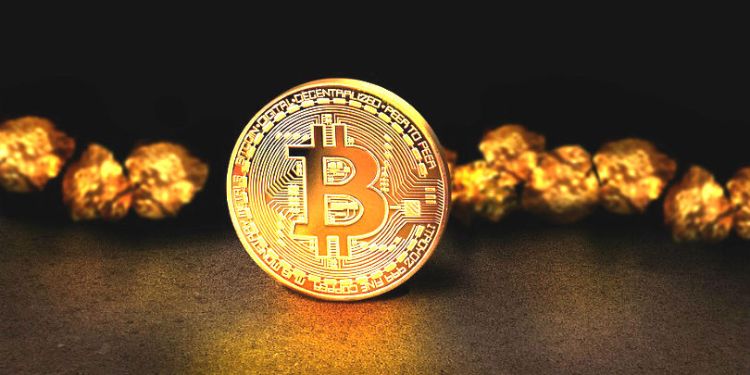 Former US Representative and three-time presidential candidate Ron Paul posted a poll on Twitter asking followers if they’d prefer Federal Reserve Notes, gold, Bitcoin or US 10-year Treasury bonds if they were given a $10,000 gift that they couldn’t touch for 10 years.

A wealthy person gifts you $10,000. You get to choose in which form you’ll accept the gift. But there’s a catch: You must keep the gift in the form that you choose for 10 years without touching it. In which form would you accept the gift?

Despite Bitcoin’s 12% dip over the past two days, the poll results largely reflect Paul’s fan base. The popular libertarian, who has 638,000 Twitter followers, has said that America should “end the Federal Reserve,” and revert to the gold standard.

In a paper he released in June, Paul says, “the economy is run by a conglomerate of individuals and special interests, in and out of government,” and that the “deceptive policy can last only for a limited time” before the market proves to be more powerful than government manipulation.

He goes on to detail the relationship between cryptocurrencies and precious metals,

“It’s conceivable that cryptocurrencies, using blockchain technology, and a gold standard could exist together, rather than posing an either-or choice — Different currencies may be used for certain transactions for efficiency reasons.”

In October, Paul advocated for cryptocurrencies and precious metals to be tax free. According to Paul, the Fed will likely create another recession soon and creating tax exemptions for alternatives currencies is one way to avoid it.

The poll closes in a few hours, so there’s still time to cast your vote.