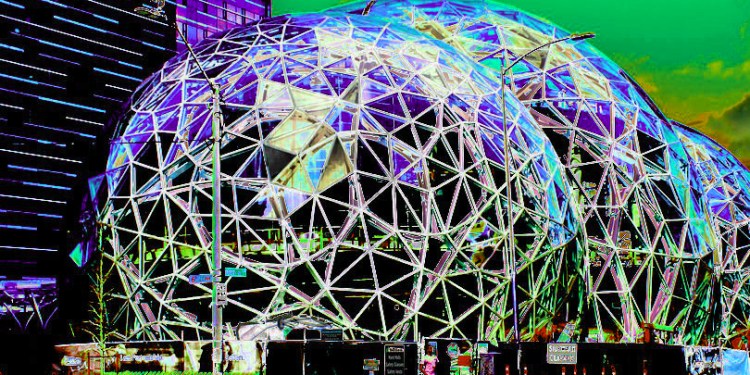 One of the most prolific companies in the world is taking steps to further integrate blockchain technology into its suite of offerings. Amazon Web Services (AWS), a subsidiary of Amazon, has just released two blockchain related services: Amazon Managed Blockchain (AMB) and Quantum Ledger Database (QLDB).

According to the AMB website, “This is a fully managed service that allows you to set up and manage a scalable blockchain network.” The service also manages customers’ certificates, allows them to invite new members to the network, and tracks operational metrics such as usage of compute, memory and storage resources.

AMB is utilizing the framework Hyperledger Fabric and will soon be compatible with Ethereum.

Quantum Ledger Database is a component of AMB that tracks the history of changes to the blockchain. The service is a fully managed ledger database. It provides a transparent, immutable and cryptographically verifiable transaction log. Unlike blockchains that underpin cryptocurrencies, the QLDB platform service creates centralized blockchains for enterprises.

“It will be really scalable. You’ll have a much more flexible and robust set of APIs for you to make any kind of changes or adjustments to the ledger database.”

AWS is already a key player in the cryptocurrency ecosystem. It offers critical infrastructure by hosting major crypto exchanges and financial services, such as Coinbase and Robinhood, on its cloud services.

Coinbase, for example, uses a mix of AWS services.

The new AWS offerings are an extension and expansion of its blockchain-related services, which include AWS CloudHSM (Hardware Security Module), a key pillar of AWS products that facilitate use of cryptography for high-security systems.

CloudHSM, launched on March 26, 2013, utilizes the same technology that underpins enterprise cryptocurrency custodianship solutions like Ledger Vault and BitGo. The service has since expanded its APIs to support greater integration with popular platforms and standards such as Microsoft CryptoNG and PKCS#11 (Public Key Cryptography Standards).

AWS is carefully building a suite of services that allow blockchain enterprises, which would include cryptocurrency financial services, to build out their infrastructure and custodial solutions for a range of users – from institutional investors to service providers to DApp developers.

Given the company’s massive size, resources and industry track record, Amazon and blockchain tech are a formidable combination. CEO Jeff Bezos does not enter a sector lightly. Instead, Amazon has radically reshaped and transformed the retail industry through its e-commerce portal, and is remodeling grocery stores through its acquisition of Whole Foods in August 2017. Known for its expansive reach, the company has also penetrated television and film production and streaming through its Amazon Studios and Prime Video, among many other sectors.

In addition to its various businesses, Amazon has cultivated a youthful, digital-friendly customer base of mobile-driven Millennials through its cost-cutting offerings, such as Amazon Prime.

More blockchain developments may be on the way as Amazon has purchased domain names related to cryptocurrency and has won crypto-related patents.

You can sign up for previews of Amazon Managed Blockchain and Quantum Ledger Database.