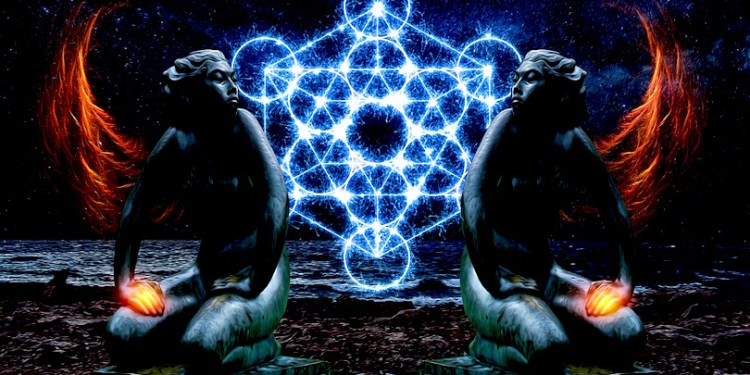 Ethereum and Cardano are two of blockchain’s most recognizable decentralized application (DApp) platforms. Often part of the same conversation, both projects utilize smart contracts to expand the value of blockchain technology beyond simple transactions – albeit in vastly different ways.

Founders from both projects, Vitalik Buterin of Ethereum and Charles Hoskinson of Cardano, make their opinions well-known and have active Twitter lifestyles. If you’ve been involved with cryptocurrency for any amount of time, you’ve probably heard about either founder at least once.

Less well known, though, is the shared history of these two projects. Before we examine the similarities and differences of the cryptocurrencies, let’s take a walk down memory lane to where they both began.

Ethereum vs Cardano – A Chance Encounter

Buterin and Hoskinson met through the Bitcoin Education Project, a creator of online Udemy courses that Hoskinson started after leaving a career in consulting. After meeting, Hoskinson received one of Buterin’s first Ethereum white paper drafts, which actually began as an outline for a Primecoin overlay protocol. From there, Hoskinson joined Ethereum as co-founder along with Buterin and six other individuals.

Hoskinson and Buterin worked together for about six months before parting ways.

A Difference of Opinion

The split really came down to one ideological difference: for-profit or non-profit. Buterin and the majority of the other founders argued that Ethereum should remain a non-profit project avoiding venture capital fundraising. Hoskinson thought otherwise.

He believed that they should accept venture capital money. However, with that, the team would need to implement some type of governance and figure out a road to profitability. As you now know, the team opted for the non-profit status.

At their core, both projects are meant for DApp development and smart contracts. However, the similarities end there. From consensus mechanisms to architecture, the two blockchains differ significantly.

Right now, Ethereum uses Proof-of-Work (PoW) to maintain the network. This won’t last forever, though. The Ethereum community is planning to switch to Proof-of-Stake (PoS) sometime soon. Casper, Ethereum’s new PoS algorithm, is an attempt to solve many of the scaling issues that plague the blockchain.

Cardano also implements Proof-of-Stake but utilizes the Ouroboros algorithm. It works like this:

Probably the most significant way the two smart contract platforms differ is in their architecture.

Cardano is split into two layers. The layers separate the account value ledger from the reasons why value transfers from one account to the other. This separation gives you, as the end-user, more control over the privacy and execution of your smart contracts.

The Cardano Settlement Layer (CSL) takes care of the value ledger while the Cardano Computation Layer (CCL) handles the “why” of transactions.

Currently, Ethereum only has one layer. But, second layer scaling solutions are in the works. Plasma is one of those solutions. Plasma contains child blockchains similar to Bitcoin’s Lightning Network. These child chains facilitate transactions without having to take up bandwidth on the main Ethereum chain.

Ethereum will soon implement sharding as well to help with the blockchain’s scalability issues.

Besides the obvious differences in market cap and price, the two cryptocurrencies have some less critical differences.

Ethereum has an over three-year head start on Cardano. The project launched in January 2014 whereas Cardano only recently came onto the scene in September 2017.

Cardano has one of the largest coin supply’s in the industry with a maximum supply of 45 billion. Ethereum doesn’t have a maximum token amount, but the circulating supply at time of writing is just over 100 million.

Cardano may not have the support that Ethereum does, but it still has a healthy community nonetheless. The real test will come when Cardano is ready for DApp development. The long-awaited release could bring the adoption that Cardano needs to get its price moving positively.

Ethereum vs. Cardano – What’s Next?

Both platforms have active development teams with jam-packed roadmaps ahead. Ethereum is working to become a more scalable DApp platform through the implementation of Casper (PoS), Plasma, and sharding. Cardano will soon be releasing Shelley, an update that includes human-friendly addresses, open Ouroboros delegation, and multisig transactions among other things.

It may be cliché, but comparing these two projects really is like comparing apples to oranges. Both are fruits (DApp platforms) with their own sets of pros and cons. Some community members prefer one over the other while others like them both. And, some people would prefer both fail.

In the end, Ethereum and Cardano are both respectable projects that should make a significant impact on the world.