From Shells to Bitcoin: The Evolution of Payment Methods

by Ilya Lopatin
in HodlX 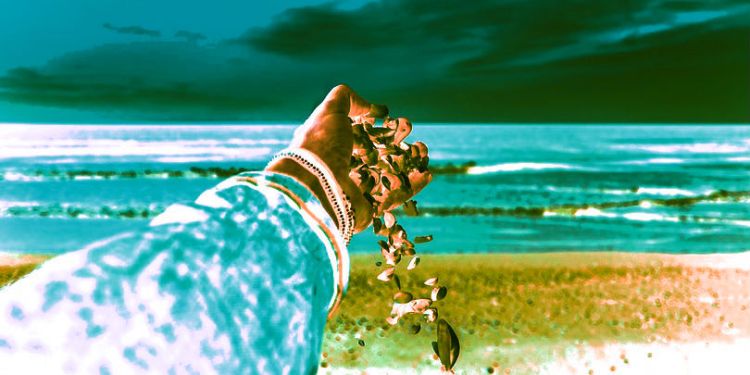 Crypto startups are betting that payments in cryptocurrency in supermarkets and cafes will be ubiquitous on a short-term horizon. Digital currencies, despite their benefits, are unlikely the last stage in the evolution of payment methods, but a few startups making payment in cryptocurrencies fast and convenient are now entering the market.

Let’s briefly look through the history of how crypto payments were born and have evolved, and take a glance at what kind of retail-oriented solutions exist today.

Aside from gold and silver, which were used as money from at least the 3rd century BC, a variety of items could be considered as commodity money: grain, salt, flax, cattle, dried fish, dog teeth, shells of tropical mollusks or stone discs.

Two thousand years ago, the idea of not even carrying money around at all appeared. On the island of Yap in the Pacific, buyers paid for goods in stone “coins” – huge discs of limestone weighing up to four tons. The inhabitants simply left the big coins where they lay, counting them to commit the transaction.

In the 19th century, the lag in precious metals extraction, which was behind the growth in payment instruments needed for trade, led to the spread of paper money issued by governments.

In 1914, credit cards made from cardboard were widespread in America. But the first mass-adopted payment card system was created in 1949 by Diners Club. The system differed from all existing ones by the presence of an intermediary which executed payments between the client and commercial companies. This allowed Diners Club to become a very popular and universal card.

So what about cash? As it turned out, withdrawal of cash from circulation can reduce the number of robberies, help deal with financial crimes more effectively, and saves funds spent on banknote and coin circulation since the processing of electronic payments is much cheaper.

In some countries, the share of cash payments is now close to zero. In 2015, only 2% of payments in Sweden were carried out with cash. By 2020, this proportion will likely be reduced to 0.5%. The situation is similar in Denmark, Iceland and Norway. Rapidly developing countries like India and China are moving in the same direction.

Nothing is good enough for millennials

But now both customers and merchants are no longer even satisfied with cards. With the advent of NFC chips, society has the option to pay for goods and services in one touch not only by card, but via phones, smart watches and even wardrobe items. The consumer behavior of millennials – who make up 27% of the world’s population – has had a significant impact on the creation of a cashless society.

The word “cashless” soon expanded to the idea of a fiat-free society, and cryptocurrencies and crypto payments came to the fore. In 2009, a few years after the appearance of the first “electronic cash” protocols and the idea of cryptocurrency “b-money” was outlined, the world heard about bitcoin. The following year, the first exchange of bitcoins for real goods took place. Laszlo Hanyecz made the first documented purchase of a good with bitcoin when he bought two pizzas.

Cryptocurrencies attracted both customers and merchants with advantages that are inapplicable to cash payments or card payments: anonymity as opposed to card payments; reduction of taxes and transaction costs – digital currencies are treated as assets rather than currencies, which is why crypto transactions aren’t taxed yet, at least in some jurisdictions; refusal of paper checks – in-store purchases could be assigned digital receipts, which could help the industry become paperless; and fraud-reduction – the Bitcoin blockchain makes counterfeiting difficult because it is a distributed ledger.

Tech titans researched the blockchain technology and were not too far behind in coming up with their own solutions for retail. IBM turned to blockchain in trying to improve supply chain operations. The company developed a project helping Walmart improve the tracking of pork from China that is sold in its stores. The aim is to improve food safety by recording all information about the people and steps involved in bringing the products to store.

In 2017 another giant, Microsoft, demonstrated its tech for creating self-executing smart contracts based on Azure Blockchain-as-a-Service. The contracts automatically implement agreed terms such as temperature restrictions, a timeframe for delivery, date of collection, etc. These contracts could help supply chains become smarter while saving time and money.

For customers: Spend not HODL

But here is an oddity again from customers’ perspective: ?ryptocurrency turned out to be pretty unsuitable for daily use due to their volatility and the lack of relevant infrastructure at points of sale. Most ?onsumers aren’t using crypto to make purchases, instead making a choice to HODL (hold on for dear life) and not spend them, especially during periods of depreciation.

To make cryptocurrencies less volatile, their mass adoption is needed. For this to happen, consumers need an opportunity to spend their BTC or other crypto as easily as traditional money. Following this logic, a bunch of startups came up with tools that make it easy for both merchants and consumers to transact using digital currencies.

One startup in Singapore, TenX, connects its digital currency wallet to a Visa wallet, making it possible for consumers to use a Visa card to spend crypto. Another company, BitPay, offers a Bitcoin payment integration to point of sale, so that retailers can accept cryptocurrency as a form of payment.

A startup called Lolli rewards customers as they shop at affiliated retailers. This blockchain-based rewards platform uses a browser extension to track purchases. Whenever the user makes a purchase, bitcoins are deposited into the user’s wallet. Users can ultimately earn up to one-third back in bitcoin.

Another project named Beam brings the power of blockchain technology to payment gateways. Being deployed across the United Arab Emirates, the company’s terminals are now available at supermarkets, restaurants and petrol stations.

An app called Shopin gives shoppers control of their personal information which is stored via blockchain, while helping retailers target customers more effectively. Using the app, each shopper can create its own profile and set shopping preferences.

Since the big challenge for cryptocurrency is acceptance as a real currency, crypto startup Cyclebit has come up with a technology that allows customers of 130 coffee shops in Europe to pay for coffee with bitcoins via an app, running on both IOS and Android. The startup already has access to a working ecosystem provided by Ibox – an omnichannel payment platform with a couple of hundred terminals.

Utilizing crypto will unlock new revenue streams for merchants and entice crypto enthusiasts to spend their coins, injecting new funds into the economy. The idea of all the startups mentioned above is to make the purchasing and payment experience close to pre-existing, well-known procedures for credit cards or contactless payments.

Although the vagaries of generation Y are unlikely to be the last ones in the chain of the evolution of payment methods, the bottom line now is that the crypto world has already had enough applications in real life, so it is time to really pay attention to the technology.