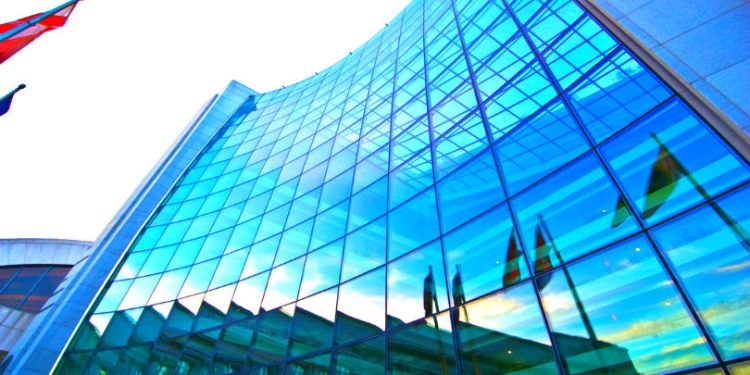 The price of Bitcoin has plunged more than 9% in the last 24 hours and is currently at $3,396, according to the latest data on CoinMarketCap. 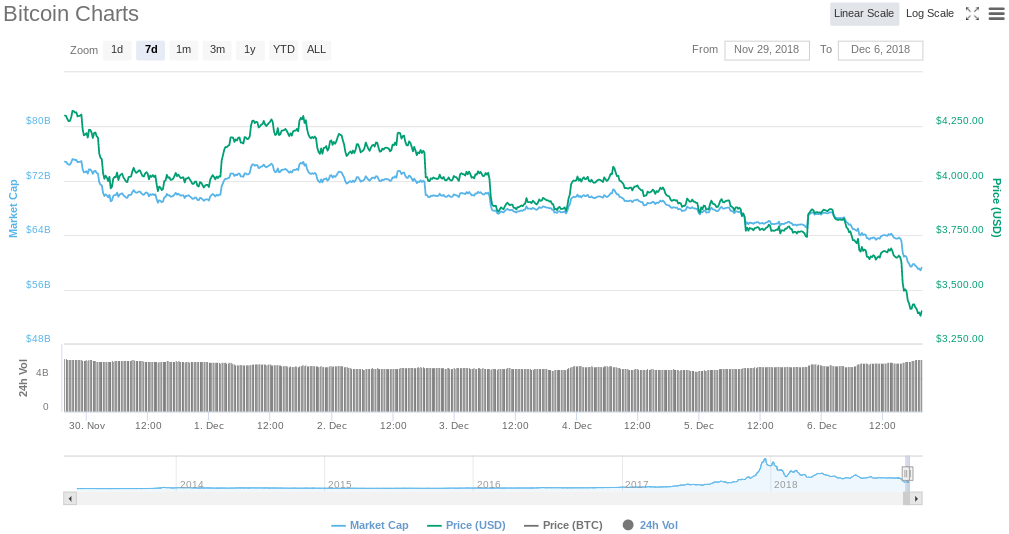 The plunge follows an announcement from the US Securities and Exchange Commission (SEC) that once again delays its decision on the rule change for a Bitcoin exchange-traded fund (ETF) from New York-based investment management firm VanEck. The new deadline is February 27, 2019.

The decision to delay came sooner than the December 29th deadline – 180 days after VanEck and blockchain startup SolidX first submitted their proposal earlier this year in collaboration with the Chicago Board Options Exchange (Cboe).

An approval by the SEC would have made it the first regulated Bitcoin ETF.

Today’s announcement gives little relief to the crypto community that has speculated for months on how an ETF approval might boost the slumping market by further legitimizing the space and allowing institutional investors to gain exposure to Bitcoin without actually holding the underlying asset.

On September 20, after having received over 1,400 comments on the proposal, the SEC asked for more public comments.

To date the Commission has received over 1,600 comments expressing a range of views on Bitcoin. After further consideration of the proposal, along with the comments, the SEC has opted for more time to deliberate.

According to today’s announcement,

“As of December 6, 2018, the Commission has received more than 1,600 comments on the proposed rule change.

Many of the comments highlight concerns about investor protections amid speculation about Bitcoin’s long-term prospects.

According to one respondent,

“In my opinion, Bitcoin ETFs shouldn’t be granted because Bitcoin (the cryptocurrency by the code name BTC) is currently a Ponzi scheme, and it is heading for complete failure. Granting a Bitcoin ETF to save it would be a grave mistake that is bad not only for US, but also for the world and anyone who believes in a good future with cryptocurrencies. BTC was designed to be a world money, but it was turned into a Ponzi scheme by Blockstream. They refuse to upgrade it so that they can profit from side-chain products. As a result, BTC doesn’t have the capability (the technical term is scalability) to meet the requirement for a world money. The so called ‘Lightning Network’ is a hype that is said to be orders of magnitude more complex than Bitcoin and it has been in beta stage forever.”

Several comments expressed that the Commission should take its time.

“I think you all should take your time with the Bitcoin ETF decision but, the decision should be made within 2018. Thanks to our current advancement in technology, we are moving towards a global economy. This allows countries that are not well developed, to have the ability to participate in global economic trends. They can also adopt new forms of technology at a faster rate. We are on the brink of a financial and technological revolution. Those who get in early will be rewarded, while those who stand by and do nothing, will have to play catch up and pay a higher price. I am not a financial adviser nor an economist with years of knowledge and experience. I’m just a average Joe with an average flow. But, I can see the future. The future includes the use of Blockchain technology and Cryptocurrency. All we need is a government that will implement laws that will protect consumers but, also allows innovation. A good time frame should be around mid to late November or early December. The choice is yours.”