Crypto, Wherefore Art Thou? How Regulation and Fundamentals Can Impact Bitcoin and the Cryptocurrency Market 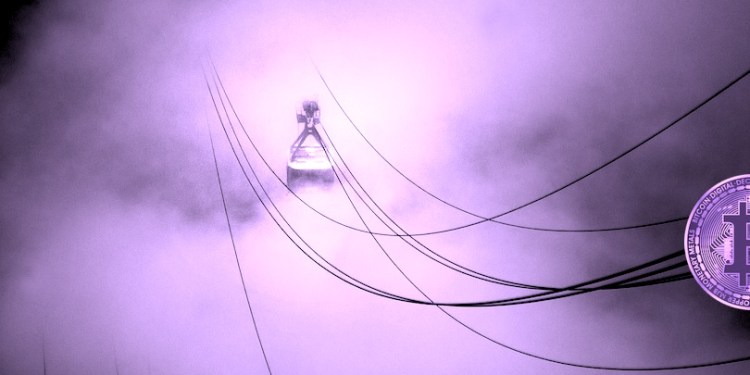 The recent cryptocurrency market plunge raises questions about Bitcoin’s value and the cryptocurrency market outlook. Regulatory action may have contributed to market jitters. The SEC generally characterizes a token as a “security” when it has a controlling (or “centralized”) entity attempting to provide investors a return. That would put such a token under SEC regulation, potentially subjecting it to sanctions if it hasn’t registered with the SEC.

This quandary applies to most US-based ICOs (Initial Coin Offerings), and may have recently helped depress the cryptocurrency market. The SEC recently settled charges against Airfox and Paragon Coin, the Commission’s first cases imposing civil penalties solely due to ICO securities that neglected to register with the SEC.

Nic Carter, partner at Castle Island Ventures, a venture capital firm investing in blockchain infrastructure and application companies, doesn’t fault the SEC’s actions. In our interview with Carter, he says he believes securities should always be highly regulated. SEC penalties and restrictions, however, represent a potential death knell for many ICOs. Carter thus estimates that only a handful of the larger ICO-based tokens will survive, ones with the clout and robustness to deter an SEC judgement.

How will the SEC regulate the hundreds of ICO-based cryptocurrency tokens? Carter thinks the Commission will pick its battles to get the most bang for its buck. He cites the high profile fining of boxer Floyd Mayweather and music promoter DJ Khaled for promoting the ICO of Centra Tech Inc. without revealing that they had received payment for doing so.

Assuming it avoids or survives SEC sanctions and restrictions, a token’s fundamentals, says Carter, represent the best indicators of future value. As co-founder of Coin Metrics, a resource devoted to bringing transparency to the cryptocurrency industry, Carter has developed a metric called “adjusted transaction value,” a nuanced tally of the dollar value of transfers on a network.

Take Bitcoin, a decentralized token which never had an ICO, and earned SEC designation as a “non-security.” Carter discounts Bitcoin’s recent price dive because its daily adjusted transaction value has remained “quite robust” for the last six months, at roughly $1-2 billion. He estimates Bitcoin’s annualized adjusted transaction value at $500 billion to $1 trillion. That’s small compared to payments methods such as Visa or ACH, he says, but substantial nevertheless.

Yet even his computations of Bitcoin daily adjusted transaction value, he observes, may underestimate the token’s usage as a transaction medium. A single Bitcoin transmission, he points out, can contain thousands of inputs. “There’s a lot more transaction capacity than last December,” he says, when Bitcoin’s inability to handle rising transactions boosted fees and depressed its trading price. He cites the use of both SegWit, a software protocol providing increased block capacity for Bitcoin transactions, and “batching,” which can send many transactions in a single transmission. He also would like to see a new metric, distinguishing investment transactions from commercial transactions, which would help provide an even clearer picture of a token’s fundamental value.

Carter, who also spoke at the conference, has a more specific view of that niche. Instead of serving as a mass retail payment mechanism, he thinks Bitcoin will likely become an efficient, low-cost business-to-business transaction channel. Bitcoin could thus emerge as a dominant player in transactions between cryptocurrency exchanges, financial institutions, and businesses in other sectors of the global economy.

Transaction Activity As a Leading Indicator?

Carter feels “cautiously optimistic” about a recovery in the price of Bitcoin, observing that its “on-chain turnover,” a price-adjusted measure solely of transaction activity, has undergone a two-month rise. Two of Bitcoin’s highest transaction days of the year, he notes, occurred last month, when over 800,000 units respectively changed hands. He adds that Bitcoin’s on-chain turnover level rose in 2014 and 2015, preceding the token’s sustained price rise, which started the following year and accelerated in 2017.

As for Ethereum, Carter thinks the SEC may not try to sanction the ICO-based token, due to its large market capitalization and popularity among developers. However, he thinks Ethereum stands in a “far more risky” position than Bitcoin, citing plans to alter its entire network structure and its large number of competitors.

Overall, Carter expects “very adverse events on the horizon,” meaning more crackdowns on US-based ICOs that neglected to register with the SEC, and more actions against overseas exchanges. The US Department of Justice and the Commodity Futures Trading Commission, for example, are investigating whether Hong Kong-based Bitfinex and Tether manipulated the price of Bitcoin. And though a Cyprus court recently withdrew its lawsuit against the founder of Russia-based BTC-e on suspicions of money laundering, the DOJ displayed its overseas mettle. It previously closed down the exchange and has requested its founder’s extradition.

Is the cryptocurrency market approaching a dotcom-style shakeout? “The realization that the ICO model is unworkable has begun to filter through to many issuers and investors,” Carter says. He anticipates a “rocky seven to ten years” ahead. Nevertheless, he expects Bitcoin to remain a market leader, followed by a handful of larger, decentralized “blue chip” tokens, including Ethereum, and several non-ICO tokens, such as Stellar and Zcash.

Market crash aside, he thinks cryptocurrency isn’t going away. “The genie is out of the bottle, and it’s not going back.”