by Christina Comben
in Regulators 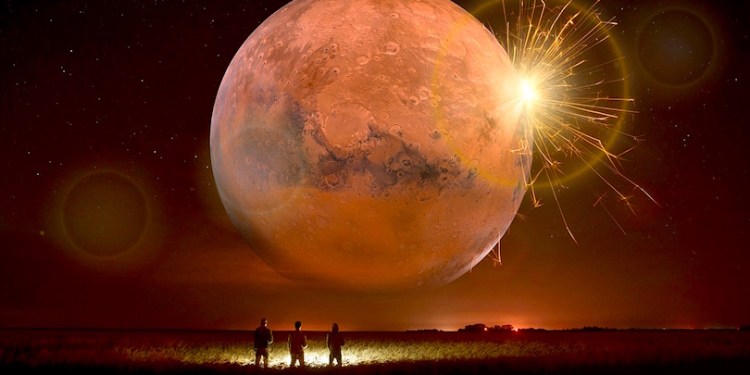 ShapeShift co-founder and CEO Erik Voorhees has quite a reputation in the crypto world. As one of the original players in the space, he’s opinionated, outspoken, and no fan of the SEC.

I spoke to Voorhees, a serial entrepreneur and disrupter who doesn’t mince his words, about days gone by, days to come, and why this bear market is a mere blip on the horizon of a global decentralized financial system.

As one of the first people to be involved in Bitcoin, he shed a little light on those exploratory times and what the scene looked like in the days before “when Lambo” and “blockchain will solve [insert your problem here].”

“In the early days Bitcoin was 100 percent of what we all cared about. There was no blockchain movement. There were no other assets, except perhaps Namecoin.

The primary purpose everyone cared about was changing currency itself, and the focus was on getting merchant adoption.

Further, the community was much more monocultured. It was almost entirely English-speaking, technical, 20- to 35-year-old males. Today, the ecosystem is far broader and more diverse, in assets, purpose, and demographics. This is a tremendous sign that the ecosystem is growing.”

Hearing about growth is encouraging when you’re in the middle of what feels like crypto carnage and things keep leaping from bad to worse. Yet seasoned players like Voorhees aren’t scared of these bear markets. They’ve been through them before – and far worse than the current one. When I state that we’re in the grips of a very long one, he smiles and corrects me.

“Nine months isn’t a long bear market. After the 2013 bubble, there were three years before we hit new highs! These markets move in hype cycles, and as long as people pay attention to the technology and utility, rather than the price, they can get through bear markets, be they long or short.”

“There will be many more bear and bull markets as crypto pulls in the world’s financial system and reforms it. One cannot change the world in a smooth, predictable curve.”

“The first project I started was a VoIP web browser tool, enabling people to call anyone in the world with Bitcoin. It was aborted far before launch though, as the economics weren’t compelling. I then built FeedZeBirds, which was a Twitter advertising tool, and joined BitInstant as the third member of the team (in charge of marketing/brand development).

While at BitInstant, I started SatoshiDICE as a side project, and it became the biggest Bitcoin casino game in the world, responsible for more than half of all Bitcoin transactions through 2013…

Due to a disagreement at BitInstant with the Winklevoss brothers (our investors), I left the company and moved to Panama to co-found Coinapult (a web-wallet and Bitcoin-to-email service) with Ira Miller.

A year later, I decided to leave Coinapult and started ShapeShift, which has been 95% of my time and work since early 2014. Throughout, I’ve been motivated simply by seeing business opportunity everywhere in crypto.”

Why is it so important to the ShapeShift CEO to decentralize money and ensure its out of government or any central authority’s control? Why is he so immersed in the subject and what’s so wrong with the current system the way it is?

That’s a philosophical or moral argument. There is also an economic one: markets function better when they are left alone (largely due to informational complexity), and money is the most important good in a marketplace, therefore the most economically destructive when put in the hands of a coercive monopoly.”

Voorhees was fined $50 million for the SatoshiDICE unauthorized securities sale and he’s recently reappeared on their radar in a probe opened up over Salt Lending.

But after the countless hacks and scams, does he still believe that cryptocurrency should not be regulated at all or does such as thing as the ‘right regulation’ exist?

“We don’t need regulation to prevent hacks and scams. Those things are already illegal. Hacking is theft. Scams are fraud. Both illegal in every country on Earth. No SEC necessary.”

So in Voorhees’s opinion, the US is quashing innovation, stamping on personal freedom and pretty much trying to dance the tango in clogs. Where then should blockchain companies go? Is Switzerland still the best place to launch a crypto startup?

“No, it doesn’t seem to be. The regulatory climate in Switzerland is not as good as some (including myself) believed it to be. Singapore and Malta are arguably the top jurisdictions.”

Considering ShapeShift is Swiss-based and Erik Voorhees is probably a decorated skier by now, it’s clear that Switzerland’s warm welcome to crypto is starting to ice over a little. The country is still in a locked-horns position with the banks over crypto, and is failing to provide the clarity so many hopefuls are seeking.

“As a society, we somehow tolerate people to communicate/email/call each other without reporting neither the content nor the sender/receiver to the government. When you write an email, you don’t need to KYC. Yet, you could be a terrorist planning a horrible massacre. Does that ‘enable criminal activity?’

Perhaps… it’s a question of how tyrannical we desire the authorities to be, in order to prevent some tiny minority of bad activity. Regardless, ShapeShift added KYC recently, not because we wanted to, but because we came to the conclusion it was too legally risky for us not to do so.”

Voorhees has recently joined the advisory board of the MARKET Protocol team.

“I’ve met their team,” he says, “and I can tell they know what they’re talking about. They come from a financial markets background, and they’re using crypto technology to apply traditional financial methods to new tools, and I think they’ll be making technology that is both magical and powerful. I got a really good feeling about them as people and entrepreneurs, so I was very honored to join as an advisor, and I’ve also invested personally.”

“Derivatives trading is generally not for mainstream, but part of that is the huge barrier to entry that has been erected in the traditional financial world. Crypto dissolves some of these barriers, and while not everyone in the world needs to understand financial derivatives, some of them will likely find their way into mainstream use, perhaps without the users even knowing it, just as web users utilize cryptography every day and don’t realize it.”

Rotten Apples in the Barrel Must Go

He also accused the establishment of cronyism in an interview with Bloomberg.

But is that starting to happen in the cryptocurrency space? Is he ever concerned about it going down the same path as fiat currency? Is it inevitable?

“Cronyism occurs when people utilize political power for economic gain. We’ll never change the human instinct toward seeking this, but what we can change is to reduce the scope of political power (i.e. reduce the role of government in our lives). By reducing the role of government, the natural tendency toward cronyism is more contained and has a smaller effect and less damaging consequences.”

This article by Christina Comben was originally published by CoinCentral, our media partner.

Christina Comben
Christina is a B2B writer and MBA, specializing in fintech, cybersecurity, blockchain, and other geeky areas. When she’s not at her computer, you’ll find her surfing, traveling, or relaxing with a glass of wine.