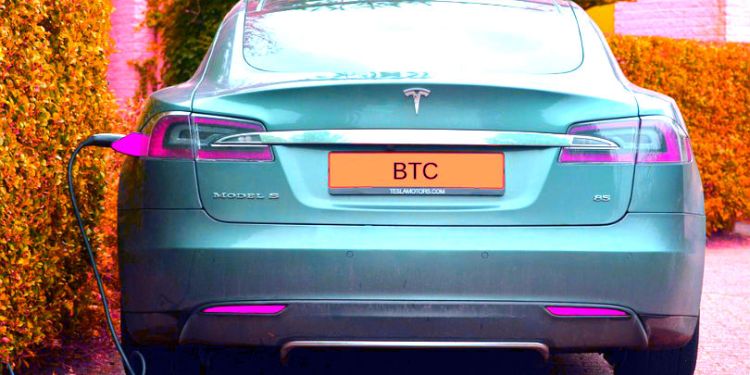 A push to unite the cryptocurrency community by convincing entrepreneur Elon Musk to adopt Bitcoin quickly sparked a debate on the speed and viability of BTC, IOTA, XRP and Nano.

A post shot to the front page of r/cryptocurrency Sunday, calling on Bitcoin and crypto believers to persuade Elon Musk to add a Bitcoin wallet to each and every Tesla on the road and in production. The post touted Tesla’s power to bring cryptocurrency to the mainstream and give drivers a new way to pay for items directly from the comfort of their futuristic supercars.

The effort follows a similar campaign by the CEO of leading cryptocurrency exchange Binance, who challenged Musk to accept cryptocurrency for the purchase of Tesla vehicles back in October.

The response to the new post on Reddit quickly transformed into a debate on the viability of Bitcoin as a payment platform, especially in comparison to cryptocurrencies such as XRP, IOTA and Nano.

The debate mirrors the complexity of the crypto market as a whole, and the ongoing search for a digital asset that truly finds a way to become a widely adopted payment platform for the mainstream.

Here’s a look at some of the responses.

“Any car might benefit from an IOTA or Nano wallet for instant fuel purchases, but Bitcoin? Nah.” – throwawayLouisa

“Since we already know that crypto is not ready for the masses, then adding this wallet would seem to mean that either 1.) Its a feature that should remain unadvertised and only usable by people looking for it, or 2.) Tesla gets to deal with the backlash when people start loading money on it, thinking it’s a great and secure new form of a Visa gift card, but then can’t figure out where their money went after keeping their private key written down on a sticky note on the dashboard.” – eldroch

“I know of other, however less known coins (yes, looking at you, Nano, XRP and others). They could add other coins as well, but let’s start with the most logical Grandaddy and proceed from there onwards, shall we?”

“It’s not logical at all to use BTC fo this purpose, for it’s self-inflicted ‘store of value’ narrative. Unless each car is going to be on that all-encompasing totally working at scale Lightning Network?” – marxxy94

If this happens it should be IOTA or Nano IMO, fuck probably something out there I don’t even know about that would be perfect. 0conf BCH would even work really well in this case.” – LiamGaughan

“IOTA is especially built for IoT and those kind of usecases. VW will implement iota based systems early 2019 to have a decent audit trail for OTA update. They also already showed a system with a car equipped with IOTA wallet and are planning to start implementing those in the coming years as well.” – lambtho

Meanwhile Musk appeared on 60 Minutes on Sunday to deliver a stern message to the US Securities and Exchange Commission, which recently settled charges against Musk and Tesla, resulting in $40 million in penalties and Musk’s ouster as chairman. The message, that he does not trust the SEC, rang true to some in the world of crypto.

Elon telling it like it is, the #bitcoin community would do well to remember this – the SEC is not our friend @elonmusk https://t.co/wWIMI1tv14

You can check out the full thread on Reddit here.