Blockchain Beyond Bitcoin Is Growing Across Asia

by Pawel Tomczyk
in HodlX 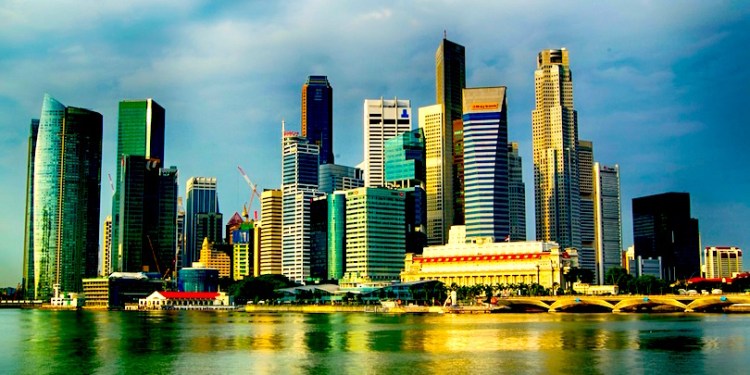 Asia would appear to be growing in the blockchain technology industry.

Even China, with its current anti-cryptocurrency stance (against traditional cryptocurrencies like Bitcoin, that is, as it’s considering its own national crypto token) is still warming up to the idea of blockchain – it would seem – though some would say probably not without government controls and interests at heart.

Singapore, on the other hand, has been a bastion of both crypto and blockchain tech. The tiny island nation has long been known for its service-based industry, and now the city-state has set itself up as a blockchain hub in the heart of Asia. The small country has favorable tax laws, and has even set up a sandbox program for blockchain startups to test their ideas.

Ravi Menon, a senior official from Singapore’s central bank (the Monetary Authority of Singapore – or MAS) has said that there are as many as 50 startups working on blockchain-based technologies. In fact, venture capitalists are eager to invest in the technology, and local universities are even researching it. There are even large tech firms exploring potential use cases.

While Indonesia has not been so hot on allowing cryptocurrencies to be used to purchase things, they haven’t banned the ownership of cryptocurrencies or trading on crypto exchanges. More importantly, perhaps, is the fact that the country has no problems with blockchain technology. In fact, the majority of commercial banks in the country have announced their focus on blockchain technology and are searching for potential use cases.

This is mainly because blockchain technology could help banks fight bad actors in the loaning department. Implementation of the technology is made easier with the help of startups like Blockchain Zoo, which provides blockchain consulting, and information and materials related to blockchain applications, anti-fraud, and supply chain management. Other groups, like the Indonesian Blockchain Network, work to raise awareness of the technology.

Another island nation of Asia, Japan, has long been seen as another economic hub in the region. As such, it has also been one of the leading Asian nations as far as acceptance of cryptocurrency and blockchain technology. In fact, on May 2016, the Japanese government had passed a bill which acknowledged cryptocurrency as money! Back then, at least, this was good news for the citizens of Japan. Trading volumes for Bitcoin went from $22 million in 2014 to $97 billion in 2017. Volumes are probably expectedly lower here at the end of 2018.

Blockchain technology seems to be hot in the country as well. At the time of our report, for example, Mitsubishi UFJ Financial Group (MUFG), the biggest bank in Japan, was even in partnership with a U.S. tech company named Akamai, to create a blockchain to reduce the cost of payments and primarily to increase speed. In another example, at the beginning of 2018, SBI Group (a financial services and assets group, well known for having raised 30 billion yen for fintech funds in December of 2015) was aiming to raise a venture capital fund of around $450 million to invest in AI and blockchain technology. They believe(d) that many sectors have a lot to gain from implementing such technologies.

Even in countries like Thailand, blockchain seems to be beginning to blossom. At the time of our report, the Thailand Post was going to begin using blockchain technology to stake out high-value parcel posts, such as for valuable and luxurious items, either by the end of 2017 or early in 2018. The government was even amending a resolution to the 2001 Electronic Transaction Act to help support blockchain implementation into the economy. And the country’s Electronic Transactions Development Agency was looking for ways to apply blockchain-powered smart contracts.

In the banking sector as well, Siam Commercial Bank had asserted that they had brought a Ripple-powered, blockchain-based solution to life, which would allow customers to make real-time payments between Japan and Thailand. And Kasikornbank, the largest in the country, had recently started a “completely paperless” Letter of Guarantee network in partnership with IBM Blockchain. They hoped to increase the bank’s electronic Letter of Guarantee issuances to about 35% by the end of 2018, with blockchain issuances accounting for 5 percent of those transactions.

Pawel Tomczyk is a technology enthusiast and an early adopter. He has been specializing in marketing and Fintech for 6 years. Nowadays, Pawel is the founder of Cyberius, which specializes in content creation and crowdfunding. The article is based on the ‘Blockchain Implementation in Asia’ report. Available, here for free: https://www.cyberius.com/blockchain-implementation-in-asia-report/