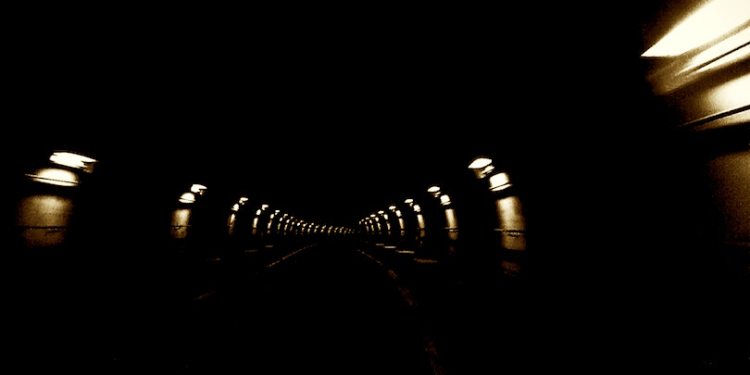 Still in its infancy, trading cryptocurrency as a financial asset involves inefficiencies that hamper the effectiveness of cryptocurrency exchanges, financial institutions, and investors. For example, unpredictable transaction times to send Bitcoin to an exchange, or between exchanges, distorts market liquidity. A consequent delay in trading volume may also cause relatively small trades to move the price of Bitcoin, leaving it vulnerable to volatility or price manipulation.

Bitcoin’s current transaction speeds are unpredictable, observes Blockstream’s director of product management, Allen Piscitello. Bitcoin’s average transaction speed appears efficient only at first glance, he says. In a 10-minute interval, the probability of a block being found is an estimated 63%. So approximately two-thirds of the time, it will take 10 minutes or less to send Bitcoin to an exchange and complete a transaction. The probability is 95% to find a block in a 30-minute time span, and 99.7% within 60 minutes.

“But the chances of a Bitcoin transaction taking an hour is not rare for a financial institution that produces large sample sizes, of nearly 150 blocks a day,” says Piscitello. For such an institution, he estimates, “the ‘95%’ probability figure means that about eight times a day, it would take up to 30 minutes to send Bitcoin to an exchange. And the ‘99.7%’ probability for such an institution means that about every other day, it would take up to an hour to send Bitcoin.”

Instead, using Liquid’s digital proxy for Bitcoin (L-BTC), Piscitello says, speeds transaction times to a consistent two minutes or less. Pending sufficient company sign-ups, he says, Liquid can improve transaction speeds for “billions of dollars’ worth of Bitcoin a day.”

Liquid creates such faster, more predictable Bitcoin transactions, says Piscitello, because its “federated sidechain” system authenticates and organizes transactions onto the blockchain more efficiently than Bitcoin’s traditional Proof-of-Work model. The Proof-of-Work model sets “miners” in competition with one another, racing to solve an equation in order to authenticate a transaction and place it in a blockchain ledger.

Liquid’s federated sidechain process instead enlists 15 participating companies to collaborate with one another. Together, a subset of the functionaries authenticate a transaction, order it within the evolving chain of transactions on the blockchain ledger, and ensure its size remains within Liquid’s predetermined limits. This consensus-based approach for validating and placing a transaction, says Piscitello, makes Liquid a faster transaction mechanism than simply trading Bitcoin.

After entrusting Bitcoin to the functionaries, a company or individual wishing to trade Bitcoin receives an equal amount of Liquid tokens (L-BTC), explains Piscitello. The Liquid system allows the trader to send the tokens to an exchange more quickly than sending Bitcoin. The exchange that receives the L-BTC then credits the trader’s account with an equivalent amount of Bitcoin. The trader can then conduct trades in Bitcoin on the exchange.

Liquid’s security protocols include a custom hardware device on the server, which uses a simple serial interface to protect the private keys that hold the Bitcoin assets and update Liquid’s ledger. The device also validates that the funds either stay within the network or are paid only to a predetermined white list of participating financial institutions. This ensures that a functionary administering the Liquid blockchain ledger does not accidentally reverse an authenticated transaction.

Morgan Steckler, CEO of iTrustCapital, which offers an IRS-approved platform allowing investors to move money from their retirement accounts into cryptocurrency, finds these security measures well thought out. “The use of a hardware device on the server to protect the private keys and ensure the funds stay within a predetermined white list ecosystem is a good strategy that is scalable,” he says.

Piscitello also underscores that Liquid is not a scalability solution for cryptocurrency. While Liquid’s transaction speeds surpass those of Bitcoin, Liquid’s overall capacity remains roughly equivalent to Bitcoin’s. He adds, however, that the same scalability solutions being developed for Bitcoin, such as the Lightning Network, would also likely benefit Liquid.

Piscitello concedes that Liquid isn’t perfect. Its federated side chain process depends on a small group to authenticate a transaction and place it in the blockchain. If five of the 15 functionary businesses needed to validate a Liquid transaction were simultaneously off the internet, due to an electrical outage or a cyberattack, that transaction would be delayed. “Bitcoin can withstand a partial outage,” he says. “Liquid cannot.”

Blockstream has currently signed up over 23 exchanges, financial institutions, brokers, and traders to use Liquid. The list includes BitMEX, the second largest cryptocurrency exchange by reported volume, OKEx (ranked 5), and Bitfinex (ranked 13). Blockstream plans to expand to 50 firms and eventually to several hundred. While a subset of participating businesses will serve as functionaries to authenticate and operate the network, Piscitello says the remainder will have the full benefits of the network without administrative obligations.

Piscitello says the successful completion of a “full circle” arbitrage trade would represent one of the first major use cases of Liquid, which he hopes two institutions will conduct by the end of this year. A full circle arbitrage trade is a series of trades which generate profits by continuously taking advantage of an asset listed at a different price on two different exchanges. The faster a firm can conduct such trades, the more profit can conceivably be made. “Once using Liquid to conduct faster arbitrage becomes common,” says Piscitello, “I’d expect a sharp increase in value transfers by financial institutions on Liquid.”

In contrast to a Bitcoin transaction, using Liquid preserves anonymity, says, Piscitello, an advantage for a business, which may not want to tip its hand to competitors. Since Liquid obscures all asset types and amounts that third parties transmit to Liquid, “there could be billions of dollars traded, and only the traders involved in the transactions would even be aware.”

Yet how will regulators, concerned with money laundering, tax evasion, and market manipulation, react to such lack of transparency? Piscitello points out that Liquid allows cryptocurrency exchanges to share information with an auditor, to prove the amounts traded were what they say they were, a strong deterrent, he says, against abusive activity.

He adds that Liquid’s ability to send cryptocurrency more quickly to an exchange – or between exchanges – reduces the thin markets that can enable relatively small trades to move the market, and potentially, manipulate them. “By moving cryptocurrency more quickly between exchanges, opportunities for market manipulation will be shorter and more costly.” Increased liquidity could also reduce market volatility, itself a key stumbling block for institutional investors to enter the crypto markets.

Richard Raizes, CIO and General Partner of Plutus21, a Dallas-based hedge fund that invests exclusively in cryptocurrencies and crypto assets, is skeptical of Liquid. “I’m just not convinced there’s enough benefit here. Sure, it’s faster than just sending Bitcoin, but it’s more expensive.” He also wonders why no US exchanges have yet signed up for Liquid. “Are Liquid’s regulatory barriers too onerous?” he asks.

“Liquid is an interesting sidechain approach,” adds iTrustCapital’s Steckler. “But the businesses needed to operate the network are trusted intermediaries, and ones that can reverse a transaction. So, Liquid is not trustless, decentralized, or immutable, as BTC is. It will be interesting to see if this model addresses the reasons a lot of capital is still waiting on the sidelines to invest in cryptocurrency.”