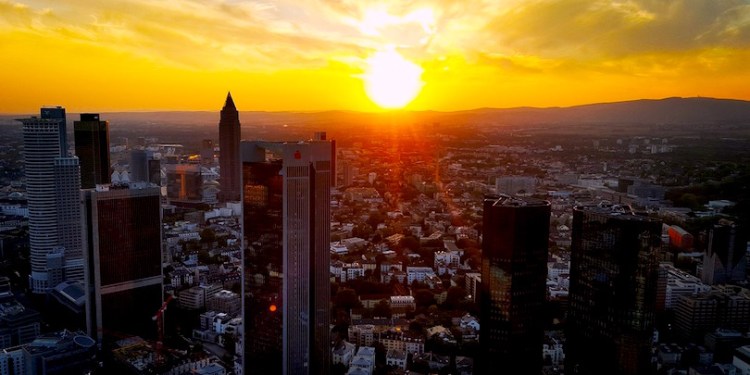 In a new interview with HiveEx.com and Finder co-founder Fred Schebesta, Craig Wright, the self-proclaimed inventor of Bitcoin and chief scientist at nChain, spells out the future of Bitcoin, mining rewards, and why he believes Metanet, which is being developed by nChain, will take over the world.

To realize a “Bitcoin economy,” Wright says institutional adoption will be one of the first steps.

“The only way you have a true stablecoin is where you have a federal bank in the US or the Bank of England – or something like that – issue something. That will be one of the early stepping stones.”

To power the internet and grow the global economy, Wright and his team are building Metanet, a project designed to power and integrate the internet through the Bitcoin blockchain. It will be built on on Bitcoin SV (BSV) to reflect what Wright says is the original Bitcoin protocol and design.

Wright explains how everyone’s mobile phones will one day be engaged in buying and selling information in a global mesh. His idea of Metanet, which goes back to the 1990s, is to build a network that can’t be interrupted, doesn’t have central hubs, and strips away the values of the current internet infrastructure.

“Basically making something that is far more secure that allows people to take control of their own lives.”

As for the banks, Wrights says they’re not the enemy.

“Banks aren’t the enemy that everybody seems to think they are. Banks have a role. The problem is where banks are honest or corrupt, or whether they’re debasing money – that sort of thing. So the big difference in what we have in something like Bitcoin is going back to an earlier standard of banking where people actually don’t get to help terrorists move money or money launderers move money because they get higher fees. Where everything is then auditable, where there’s no hiding things. We’ve seen some of the world’s largest banks involved in terrorist funding or money laundering or any of these things. And they get a fine and a slap on the wrist, and that’s it.

But imagine a world where there’s enough transparency so that anyone can drop someone in and it can be traced back provably, where all those funds for people selling blood diamonds can be stopped. Where people engaged in the illicit sex trade no longer have a means of funding any of their activities. That’s what we change banking  to be – something where it’s actually about the honest distribution of money, where people can get a home loan, start a business, etc.”

As for Bitcoin SV, a recent fork of Bitcoin Cash, Wright intends to make it the Bitcoin that was originally intended.

“What we’re going to do is take it back to the original protocol – there’s just a couple of little tweaks we can’t do – not the original code.”

He says the protocol doesn’t include security bugs and those bugs, he promises, will be fixed. There will be no changes to Bitcoin’s protocol, i.e. changing the economics of the system, adding changes to the number of Bitcoin or changing the block discovery time.