BitMEX CEO Says Bitcoin and Crypto Are ‘Still an Experiment’ 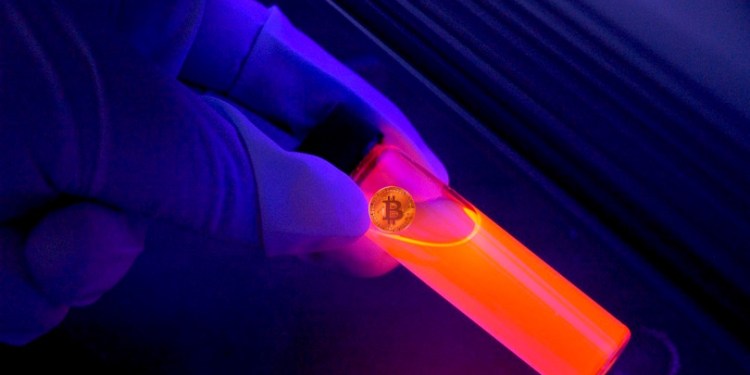 Laura Shin, host of Unchained, interviewed Arthur Hayes, co-founder and CEO of BitMEX; Dan O’Prey, chief marketing officer of Digital Asset; and Alexis Ohanian, co-founder and executive chairman of Reddit and co-founder of Initialized Capital, in a special episode of her podcast from the CME Global Leadership Conference in Naples, Florida.

The panel of speakers convened to focus on the outcome of the long “crypto winter,” which has watched Bitcoin lose over 80% of its value along with similar declines for many other cryptocurrencies. On the other side of the rainbow lies more infrastructure for cryptocurrencies, allowing value transfers from peer-to-peer and enterprise-to-enterprise.

In addition to CryptoKitties, non-fungible assets and the rise of security tokens, the group hones in on today: the early days of digital assets, and how banks and the financial services industry are trying to stake their flags – through public blockchains, private blockchains or both. As for everyday consumers, blockchain developers as well as institutions are trying to figure out what people really want.

Here are highlights from the podcast.

Arthur Hayes says the cryptosphere is small and experimental.

“Apple has more cash on its balance sheet than the whole value of the industry that we’re talking about. So, it’s insignificant in terms of where it is today. Could it become a bona fide asset class in the next 10 years? Maybe. The jury is out on whether or not Bitcoin is actually secure over the long run. It’s had a decade, which is pretty good, but it’s still an experiment. So, the jury is out, but it’s looking like it could be a new way of raising capital and sending value around the world.”

Ohanian first got exposed to crypto on Reddit. He says that Bitcoin, despite its relative youth, has already proven itself as a store of value.

“I do think, as a store of value, Bitcoin has been – and this is particularly for people outside of this country – a tremendous resource. And we’re already seeing, even anecdotally, money getting moved out of countries on thumb drives where gold is literally being confiscated from people as they make their way out. As an example, a friend of mine tweeted a few weeks ago, out of Venezuela, they were able to get that currency, the currency they had stored digitally in Bitcoin, out, and safe.”

“As an asset class, I aim for about 10% of my net worth in crypto. And my bet, simply being that, if this future that we hope for technologically pans out, this will be a really material investment – but it’s still tremendously risky.”

“As to how we see these two converging – between the permissioned [blockchain] world and the crypto world – I think that could be potentially a very interesting match where you’re actually using the public chains essentially as a settlement layer of the ultimate underlying asset. But all of the financial workflows and the lifecycle management around that could be done on a permission distributed ledger amongst traditional financial institutions.”

To reach mainstream adoption, Hayes says we need to follow the money.

“Institutions need to look at Bitcoin or Bitcoin trading… It’s really about, ‘How much money can you make?’ What’s the volatility? What are the volumes? We’ve come off about 70% in terms of the price this year. Volatility’s down massively. Exchanges are firing people. It’s a very volume-driven business, and if there’s no volume, and there’s no excitement, then the institutions won’t get involved. But at the end of the day, it’s ‘Can you make money trading it?’ And if the answer is ‘yes,’ they’ll find a way to do it.”

“The real projects, such as the ASX (Australian Securities Exchange) – they’re literally replacing their entire post-trade system for equities with a distributed ledger, with a digital asset platform, and that is going into production in Q1 ’20/’21. It takes time, but as the hype dissipates, people will focus more on what’s real, what business problems can we actually solve, because ultimately that’s where the biggest returns are going to actually be.”

“Users will gravitate towards the better user experience. The thing that is better, the thing that is cheaper, the thing that is faster, and I think to a certain extent, participating with the existing system allows for a better user experience in nearly all the typical use cases. And so, if you’re trying to go the fully independent, techno-anarchist dream playbook, you’re really just trying to fulfill a need for a pretty small sector of the market, which can be done, and God bless you, good luck, but I think what we’re going to see in the next 10 years is going to look a lot more like traditional finance  – just done better, cheaper, faster  – than the utopian crypto future.”

“What end users really want largely is convenience, and they’re quite happy, in many cases, to trust entities such as yourselves for these services. They don’t want to trust blindly or completely, but they’re happy to. Like Coinbase. Most Bitcoin users buy on Coinbase and leave their coins on Coinbase. It’s a centralized entity and some of them never leave that system.

And there are many benefits to centralization: economies of scale. There are some decentralized blockchain systems which are trying to decentralize Amazon Web Services, but having massive data centers, co-located with tons of storage – it’s very hard to compete with because the price pressure is on that. Likewise in financial services. When you’ve got central counterparties and CSDs [central securities depository] playing central roles in entire markets, there may be downsides to actually attempting to decentralize this.”