by Nick Mantoni
in HodlX 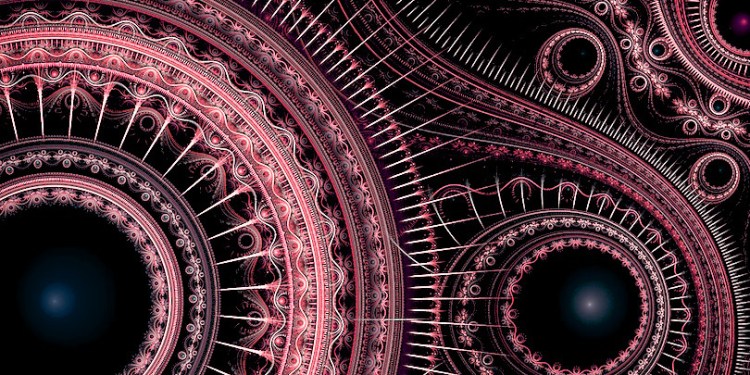 According to a significant s?tudy conducted by the Accenture consulting company, over half of all top managers are admitting that blockchain is on its way to playing a key role in the success of financial institutions in the near future. According to the company’s analysts, the world banking sector will save up to $20 billion by 2022 via the implementation of blockchain.

What does blockchain really mean for financial institutions and banks?

Blockchain provides a particularly high level of safety in storing and transmitting data, along with transparent network infrastructure, decentralization and low cost of operations. All these features lead to high demand, even for a highly regulated and somewhat conservative industry – banking.

At the same time, the key structure of the banking system could be effortlessly replaced with a mediators-free blockchain system that would provide customers and banks with cheaper services. Here are several use cases which suggest that it’s possible.

First of all, banks and financial institutions could save billions in cash by substantially reducing processing costs. For example, Santander, a Spain-based bank, c?alculates t?he potential savings of blockchain implementation at $20 billion a year. The second largest use case for blockchain within the banking industry is speeding up bank-to-bank and international payments.

Another major area in which banks will be able to implement blockchain is the creation of a client identification system based on distributed ledger technology. Even banks in developed countries face unreliability and vulnerability issues. State regulators ensure private bank deposits in traditional currencies. That depicts a centralized banking model.

A distributed system based on blockchain technology for loans and deposits is decentralized, e.g. the deposits are not controlled by a certain central organization. By implementing decentralization in the banking system, the possibility of bankruptcy is gradually minimized.

Nevertheless, to capitalize on the potential, banks have to build the required infrastructure and operate a truly global network using solutions based on this transformative technology.

Is blockchain interesting for banks?

Most banks that Accenture s?urveyed were still in the early stages of adoption, with about three-quarters either participating in a proof-of-concept, formulating their own blockchain strategy or having just started to look into it.

According to Accenture’s website, “Nine in 10 executives said their bank is currently exploring the use of blockchain.”

Bank of the future

According to ?HSBC,? the future belongs to the flexible banks. In this case, banks will be needed to replace pin numbers and passwords with biometric authentication, allowing customers to check balances and access investments securely via mobile devices. These alterations may reduce memory problems for customers and fraud risk for the banks.

Furthermore, banks also have to turn to new technologies such as machine learning and data analytics. These technologies will enable them to provide customers with highly personalized and customized products and services that have been adapted to the current economic situation.

To date, the concept of mobile banks is rising in Europe with key players such as N26, Revolut, and TransferWise.

Why mobile banks are successful and how much they’ve raised

Mobile banking is a banking service that allows customers to conduct financial transactions remotely using a mobile device such as a smartphone or tablet. Mobile banking is usually available on a 24-hour basis. According to Citi’s 2018 Mobile Banking ?Study, apps for mobile have become some of the most widely used by Americans.

Of the 2,000 US adults who responded, measured by top two ranked responses, 31% use their mobile banking app the most, behind only apps for social media (55%) and the weather (33%).

“Mobile banking usage is skyrocketing as more consumers experience the benefits of greater convenience, speed and financial insights driven by new app features and upgrades,” s?aid Alice Milligan, chief digital client experience officer, US Consumer Bank, Citi. “Over the past year we’ve witnessed this increase in engagement first-hand, with mobile usage in North America increasing by almost 25 percent, and we don’t see this trend slowing down any time soon.”

According to the same study, 46% of consumers (among Millennials the rate reaches 62%) have increased their mobile banking usage in 2017. Eighty one percent are now using mobile banking nine days a month, while 31% use mobile banking 10 or more times per month.

Additionally, 91% of the users prefer using their app rather than going directly to the physical branch, while 68% of Millennials see their smartphones replacing their physical wallets.

Beyond saving time, mobile banking customers are now more confident than non-mobile banking users because they know the exact balance of their account more often. Ninety one percent have experienced additional value from mobile banking, including awareness of their financial situation (63%), fewer concerns about managing their finances and a better understanding of banking services offered.

Moreover, according to a s?urvey by Statista, the number of smartphone users is steadily growing, and it is expected to pass about 36 billion by 2020.

Banks are inherently slow in adopting any new technology, but many have actually been exploring various use cases for some time now. According to ?CEBNET,? of the 26 publicly listed banks in China, 12 have already adopted blockchain technology. The total number of banks which use or plan to use blockchain technology is no less than 200, as stated by crypto trader ?Mappo.?

Among them are such giants as BNP Paribas, Bank of America, Credit Suisse, Santander Bank, and UBS. The data demonstrates the demand for the adoption of blockchain technology in the banking industry.

The new generation of blockchain banks

This trend has led to the creation of 100% blockchain-powered banks. Just to name a few, the list includes, but is not limited to, ?FOTON Bank,?? Celsius Network,? and ?Bankera.?

The founders of FOTON Bank, for example, defined six problems which significantly hinder the effectiveness of the modern banking system. These are overregulation, limits on money transfers, privacy issues, and control issues over accounts, service unavailability, and excessive dependence on central banks.

And as practice shows, in order to create a system that would be capable of processing a sufficient volume of transactions per second, one blockchain infrastructure is not enough.

Blockchain innovators in the banking industry have created two types of blockchain networks: public and private. The difference between them is the transparency and security level of transactions and exchange solutions for processing on the upper layer. These two types of blockchain infrastructure cover the needs of both bankers and users, ensuring transparency, security, and reliability, providing humanity with new technologies that offer a very high potential for further development.

What to expect from blockchain banks in the future?

Blockchain technology is expected to be a disruptive catalyst that will eventually alter traditional banking. “The blockchain is an incorruptible digital ledger of economic transactions that can be programmed to record not just financial transactions but virtually everything of value,” s?aid ?Don and Alex Tapscott, authors of Blockchain Revolution (2016).