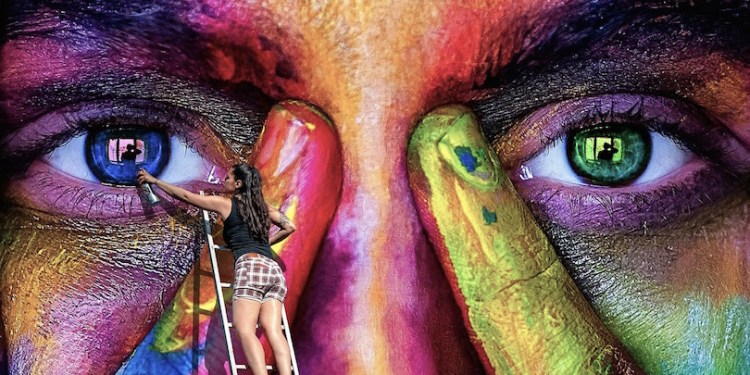 A segment of Facebook Inc.’s massive ecosystem, which includes over 2.5 billion users, might get their first exposure to cryptocurrencies through the tech giant’s popular messaging app: WhatsApp.

With more than $40 billion in annual revenue, Facebook has long been regarded as a tech titan that could tip the crypto scales towards mass adoption, if and when it ever took a serious leap into crypto. That possibility is now one giant step closer to reality, based a new report.

Insiders tell Bloomberg that Facebook is developing a stablecoin for WhatsApp and that the company is planning to leverage the messaging app’s 200+ million users in India. Facebook aims to utilize the stablecoin, which will be pegged to the US dollar, to target the remittance market in India. Equipped with a smart phone and WhatsApp, the country’s mobile users will be able to send money to friends and family, allowing Facebook to tap into a huge financial market.

According to the World Bank,

“Remittance inflows improved in all regions and the top remittance recipients were India with $69 billion, followed by China ($64 billion), the Philippines ($33 billion), Mexico ($31 billion), Nigeria ($22 billion), and Egypt ($20 billion).”

A stablecoin can minimize volatility by remaining tied to the US dollar while also maximizing the benefits of cryptocurrencies which can move seamlessly, securely, inexpensively and quickly on blockchains that are verifiable. Such an offering would allow Facebook to move into the financial services industry, seemingly overnight, by harnessing the power of WhatsApp’s massive user base.

Despite a rough year for Facebook and CEO Mark Zuckerberg, who has spent the year facing criticism about how the company handles personal and private data, Morgan Creek Digital founder and partner Anthony Pompliano says that Zuckerberg is not to be underestimated. Writing in his Off the Chain newsletter, Pompliano says,

“The holy grail wold be to build the world’s dominate payment system. This would be a direct competitor to Visa and Mastercard, but it is more likely to happen than you may think. Facebook has billions of users and tens of millions of merchants. This gives the company a leg up on competitors as they bootstrap the network effects needed to lock in both sides of a marketplace.”

There is no release date scheduled for the WhatsApp stablecoin project as it is reportedly in the early stages of development.

David Marcus, who heads Facebook’s blockchain division, is the former president of PayPal.