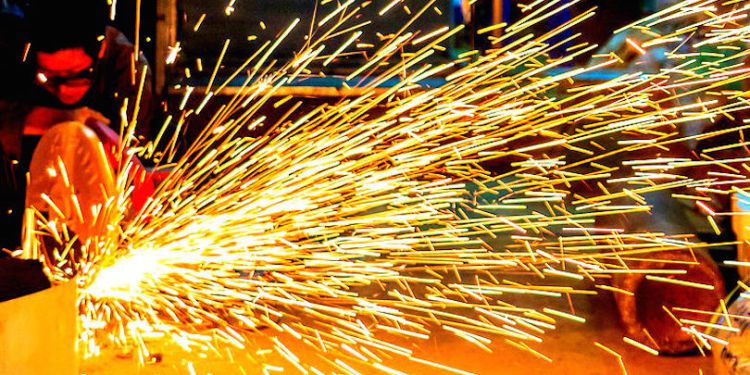 The launch of Bakkt’s Bitcoin futures could be delayed, partly due to the holiday season.

Staff workers at the Commodities Futures Trading Commission have finished their review and have passed it on to the full commission, according to a new report from CoinDesk. But because of the federal holiday schedule, which marks Monday and Tuesday as federal holidays, commissioners won’t have a chance to vote on a 30-day public comment period until Wednesday.

That alone would push the final vote past the January 24th launch date Bakkt has outlined for its physically-backed Bitcoin futures.

Ethereum (ETH) continues to surge in the crypto markets.

The world’s third largest cryptocurrency, after Bitcoin and XRP, has rallied more than 60% in the past week. It’s currently up 15% in the past 24 hours and stands at $129.93, at time of publishing, according to data compiled by CoinMarketCap.

Down more than 90% from its all-time high of over $1,400, Ethereum still has a long way to go before recovering its heavy losses in 2018. 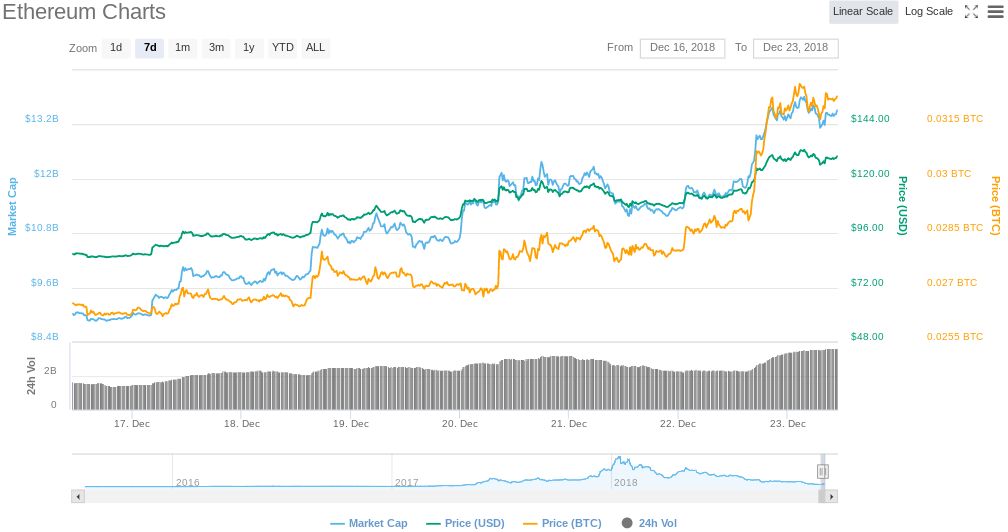 In a new interview with Bloomberg, Litecoin founder Charlie Lee talks about his decision to sell all of his LTC and where he sees the future of crypto heading.

“My sense is that there will be a handful of cryptocurrencies that actually will be used as money,” Lee said. “There’s obviously a lot of scams and currencies not useful at all, and those values will plummet. You are going to see some coins die, and the strong will survive.”

According to the latest numbers from Coin ATM Radar, Canada is next in line, with 695 ATMs, followed by Austria with 271 and the UK with 206.

Argentina is also increasing its number of Bitcoin ATMs, according to a report by Criptonoticias. In addition to the five ATMs listed on Coin ATM Radar, Athena Bitcoin Argentina, which installed the country’s first ATM in the Recoleta Urban Mall in Buenos Aires, has installed two more ATMs for a total of seven BATMs throughout Argentina.

Coin ATM Radar tracks every type of crypto ATM from a long list of companies. As for which coins the ATMs support, here’s a recent breakdown from November. 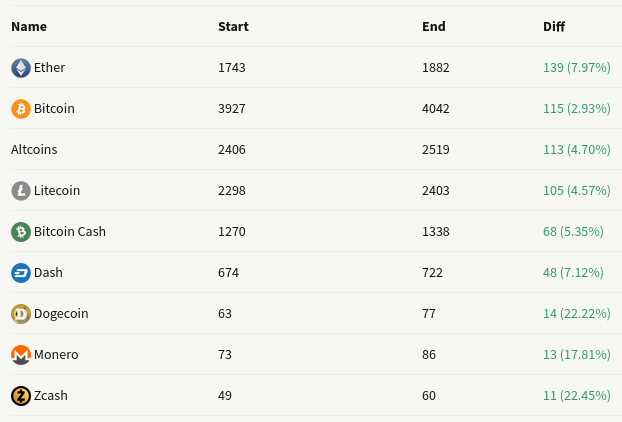