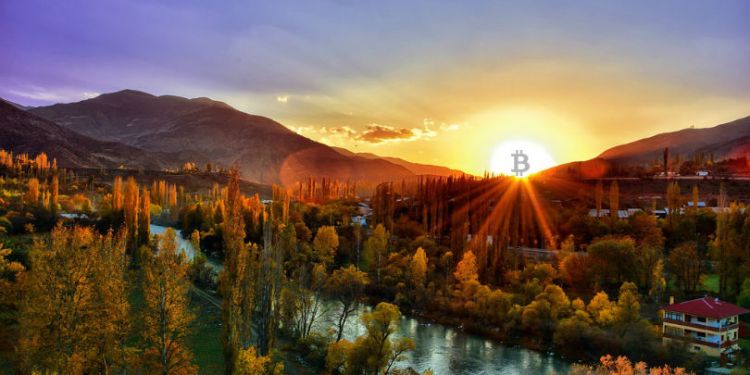 CoinShares Research has released its second study detailing the efficiency and environmental impact of Bitcoin miners. The results point to Bitcoin mining being less profitable than many think and more environmentally sound than many believe.

Bitcoin mining, the study concludes, is greener than almost every other large-scale industry in the world. Despite what the study calls “groundless” claims from publications suggesting the carbon dioxide emissions from BTC mining could cause a two degree increase in global temperature, researchers conclude that most of the activity takes place in areas with large, unused supplies of renewable energy.

A maximum of 60% of the miners are located in China, with 80% of the Chinese miners working from the Sichuan province. Areas like these are chosen due to the low cost of high-speed internet and cooler temperatures which eases the cost of additional cooling.

According to the study,

“The very provinces that house the majority of cryptocurrency mining operations in China are also the ones that derive sizeable proportions of their energy generation mix from renewables.”

The Sichuan province’s energy mix is 90% renewable, negating much of the harm that mining is thought to cause. Researchers point out that Bitcoin’s global energy mix is calculated to use around 77.6% renewable energy, with approximately 22.6% of the energy coming from fossil/nuclear components.

The study compares and contrasts Bitcoin mining against gaming, a high-energy consuming activity.

“While we find the notion of attacking a value-creating industry based on its consumption of electricity freely purchased by willing sellers in the open market rather absurd, if one nevertheless was to embark on such a spurious line of argumentation we humbly suggest efforts might be better directed towards other applications of electricity.

For example, there are approximately 85m PlayStation4, 40m Xbox One and 15m Nintendo Wii U consoles distributed among global households [38] [39] [40]. Their weighted average gameplay power draw is approximately 120W. Assuming they are played on a modern 40’’ LED TV drawing only 40W, for 4 hours a day, and idling for 20 hours a day, at a weighted average of 10W, these gaming systems alone draw more power (4.9GW) than the entire Bitcoin mining network (4.7GW).”

Bitcoin mining is essentially filling in the gaps where energy was just sitting, unused. Nic Carter explains that it effectively “liberates stranded [electricity generation] assets and makes new ones viable.”

The study also finds that, due to the dropping price of BTC and the consistency in hashrate, the average Bitcoin miner is probably running at a loss. Mining is, however, still profitable with “the right combination of electricity price, entrance point on the technology curve, and hardware cost.”

You can read the study here.