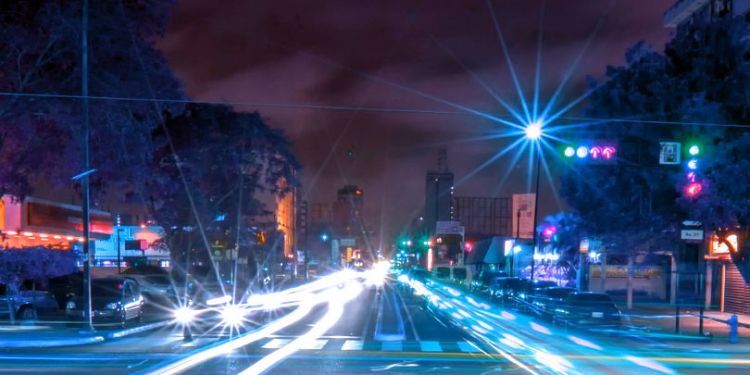 The mainstream media has often been critical of Bitcoin, highlighting stories of money laundering, exchange hacks, failed crypto investments and Bitcoin’s steady price declines throughout the year, wiping billions from the total cryptocurrency market cap in 2018. With global brand recognition, and the many believers and maximalists who await the day when it either replaces fiat or becomes the de facto digital currency of the internet, Bitcoin has “died” hundreds of times in a slew of mainstream headlines.

In a new article by Alex Gladstein for Time, the usual tropes about Bitcoin and criminals are on ice, as the narrative turns to everyday people who are just trying to get by – or escape totalitarian regimes.

In cases of oppression, the price of Bitcoin can hardly be measured by a crypto index. Comparisons to the S&P 500 or correlations to gold are not able to tell the full story. And gleeful proclamations about Bitcoin’s demise take on an entirely different ring.

If money is a means of exchanging value, Bitcoin is a means of helping people flee from the oppression – with their capital in tow.

Cryptocurrency as a social movement and a human right have long been downplayed as analysts turn to candles, charts, bear and bull market trends to determine Bitcoin’s value.

Underneath all of the number crunching and the debates about Bitcoin’s transaction speed and ability to process pizza sales, people in places such as Venezuela and Zimbabwe are redefining what money can do when it is completely decentralized. Armed with a smartphone, people can use Bitcoin to buy freedom by stripping despots of their ultimate leverage: economic control.

Gladstein is the chief strategy officer at the Human Rights Foundation (HRF), a non-profit organization that promotes and protects human rights globally, with a focus on closed societies. In his Time magazine article, Why Bitcoin Matters for Freedom, he maps out how governments, particularly Venezuela, are exercising new controls to oppress.

“After ravaging the domestic economy, the Venezuelan regime is now taking a cut of money coming in from abroad. New laws force Venezuelans to go through local banks for foreign transactions, and require banks to disclose information on how individuals get and use their money. According to Alejandro Machado, a cryptocurrency researcher at the Open Money Initiative, a wire transfer from the United States can now encounter a fee as high as 56% as it passes from dollars to bolivares in a process that can last several weeks. Most recently, Venezuelan banks have, under pressure from the government, even prevented clients using foreign IP addresses from accessing their online accounts.”

Outside of Venezuela, the system is broken. While central bankers work to curb hyperinflation and spur economic growth, they have yet to harness the full power of digital ledger technology to make transactions transparent. Without immutable ledgers, bankers behind closed doors can gain a foothold into the world of money laundering. Deeply entrenched bad actors, with the help of established institutions, are still able to steal and manipulate money.

According to the Justice Department,

“Ultimately, Krull joined the conspiracy to launder $1.2 billion worth of funds that were embezzled from PDVSA [state-owned oil company Petróleos de Venezuela, S.A.], he admitted. Krull and members of the money laundering conspiracy used Miami, Florida real estate and sophisticated false-investment schemes to conceal that the $1.2 billion was in fact embezzled from PDVSA.

If Bitcoin and blockchain technology are to make a more sizable dent, advancing transparency and building a robust, open, global economy, it will need a lot more traction. According to Statistia, fewer than 40 million people around the world have ever made a Bitcoin transaction, while more than 2.5 billion of the world’s population lives under an authoritarian regime.

Gladstein says that leaves billions “who can’t trust their rulers or who can’t access the banking system.”

The HRF also outlines how poisonous regimes impact their people.

“Authoritarian regimes lack rule of law, and tend to encourage corruption – factors that allow traffickers to commit crimes with impunity. Without rule of law, trafficking victims lack an avenue through which to challenge their abusers, and cannot count on the state to intervene to protect their rights.”

The market for freedom is enormous. It mirrors the thirst for alternative forms of money. The potential – a censorship-resistant monetary system – is not a utopian ideal. Nor is it just about buying pizza and real estate quickly and efficiently. It’s a fight for basic human rights.