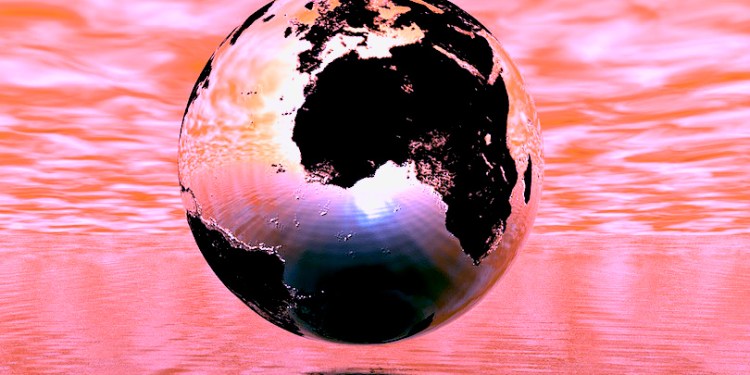 Two days into the new year have unleashed widespread fears about the impact of the US-China trade war on the global economy. US stocks took another steep turn into negative territory on Thursday, with the Dow plunging 660 points.

Apple, which has been struggling with iPhone sales, particularly in China, continues a dramatic fall. The stock, which closed out 2018 at $157.74, is now trading at $142.19 after nosediving another 9.96% today.

On Wednesday Apple CEO Tim Cook offered his explanation on the downturn, as he slashed the company’s quarterly sales estimates.

In an interview with CNBC’s Josh Lipton, Cook says,

“If you look at our results, our shortfall is over 100% from iPhone, and it’s primarily in greater China. So, as we look at what’s going on in China, it’s clear that the economy began to slow there for the second half. And what I believe to be the case is that the trade tensions between the United States and China put additional pressure on their economy. And so we saw, as the quarter went on, things like traffic in our retail store, traffic in our channel traffic stores, the reports of the smartphone industry contracting, particularly bad in November. I haven’t seen the December number yet. But I would guess that that would not be good either.”

“Certainly Apple has not been targeted by (the Chinese) government. Let me take away any doubt of that right up top. There are reports, sporadic reports, about somebody talking about not buying our products because we’re American. Maybe a little bit on social media, maybe a guy standing in front a store or something. My personal sense is that this is small. Keep in mind that China’s not monolithic just like America’s not monolithic. People have different views and different ideas.”

“But my sense is the much larger issue is the slowing of the economy and then the trade tension that’s further pressured it. “

“I’m actually encouraged by what I’ve heard recently coming from the US and from China, and hopefully we’ll see some changes.”

Cook says it’s important for the company to focus on what it can control – turn to developed markets by implementing, for example, a trade-in program. While Cook enumerated new initiatives to improve service and sales, Thursday morning saw several economists agreeing with Cook’s assessment that the greatest problem is the trade tension between the world’s two largest economies, as opposed to Apple’s specific corporate challenges with pricing, rolling out new products and luring new customers.

According to a report by CNN,

“Trump officials are warning of more China trouble ahead for Corporate America. Kevin Hassett, chairman of the White House’s Council of Economic Advisers, told CNN’s Poppy Harlow on Thursday that ‘a heck of a lot’ of US companies with sales in China will follow Apple’s footsteps by downgrading their outlooks.”

Likewise, Ian Shepherdson, chief economist at Pantheon Macroeconomics, characterized the current state of the economy as “awful, and worse to come,” in a note to clients on Thursday. He added, “Trade wars are not easy to win.”

As the Dow slides, prominent investors such as Warren Buffett are sustaining huge losses. Apple’s plunge is taking a multi-billion-dollar toll on Buffett’s Berkshire Hathaway, which owns 252.5 million shares of the stock. At 21% of Berkshire’s portfolio, with Apple as its biggest holding, the recent price slide is inflicting $3.8 billion in losses.

As one of many investors who prize traditional assets like stocks and bonds instead of emerging digital assets and cryptocurrencies, Buffett’s losses highlight the pitfalls of traditional investment strategies and how globalization, fintech and new technologies are changing the game.

When news broke in October that Yale University, which has the second-largest endowment in higher education, was investing in two cryptocurrency funds, reports surfaced that major money managers from MIT, Stanford, Yale, Dartmouth, Harvard and the University of North Carolina were turning to cryptocurrency for a portion of their portfolios.

Influencers such as Warren Buffett and Nouriel Roubini, however, have maintained their distance from the emerging asset class, predicting its complete demise.

According to a report in June by Business Insider, John Lore, the founder of Capital Fund Law Group, said,

“We’re seeing some academic institutions getting involved on a limited basis for strategic reasons. I can’t say the names of [the academic institutions] because that’s attorney-client but we have people mostly on the East Coast that have begun doing investments in this space on a fairly modest basis.”

Cryptocurrencies such as Bitcoin are borderless. They belong to no single nation state, region or country. As they mature, they remain outside of certain influences that can rattle stocks caught up in a trade war. Remaining detached from any single country, regional economy or broad tensions between countries or corporations, they’re defining a different type of market resilience.