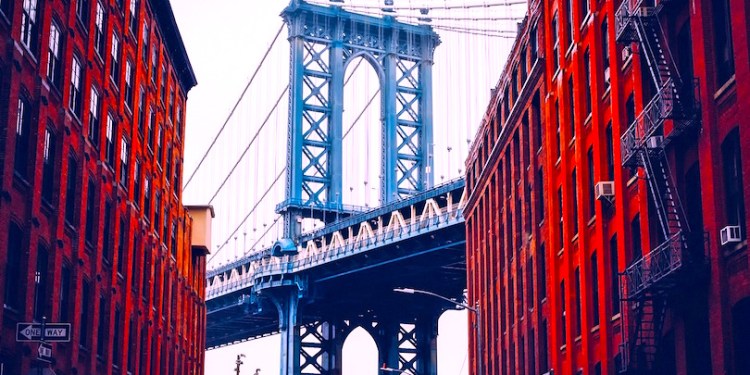 New York is now home to the first crypto task force in the United States.

Governor Andrew Cuomo of New York State has signed the Digital Currency Study Bill, which creates a digital currency task force to explore the effects of digital currencies on financial markets in the state.

The task force, whose members are appointed by the Governor, Senate and Assembly, will submit reports by December 15, 2020. According to the announcement,

“The members will include stakeholders such as, technologists, consumers, institutional and small investors, large and small blockchain enterprises and academics. The group shall report on digital currency, cryptocurrency and blockchain technology.

Cryptocurrencies, like Bitcoin, Ethereum, Litecoin and Ripple are digital assets designed to work as a medium of exchange that uses strong cryptography to secure transactions.

Cryptocurrency, however, is more than just an asset that stores value. It is used as currency, a means to exchange for goods and services. It is also used to record contracts and transactions. Cryptocurrency tokens are also used as utility tokens that can record or store information; from how long someone browses a website to rewarding behaviors.”

Clyde Vanel, NYS Assemblyman, Chair of Subcommittee on Internet and New Technologies, who posted details of the initiative on Facebook, noted several other ways in which cryptocurrencies can be integrated into public and private sectors, highlighting why education among legislators about blockchain technology is vital.

“In fact, our government should consider blockchain uses with elections, the recordation of vital records and real estate transactions; to name a few.”

He targets the inception of New York’s BitLicense, under the jurisdiction of New York State’s Department of Financial Services (NYDFS). Weighing the risks of cryptocurrency exchanges, in light of hacks, missing funds and claims of market manipulation due to a lack of regulations, the BitLicense was designed to protect New Yorkers consumers. Its challenge, however, has been remaining responsive enough to allow innovation to flourish.

But after 10 years since the birth of Bitcoin, and four years since the BitLicense was established in 2015 by Governor Cuomo, regulators have awarded it to only 15 companies. While there have been a total of 36 applications, fewer than half have received responses. These numbers tell a tale of New York that’s uncharacteristic of its reputation as a trailblazer in finance and tech: a low response rate and a startlingly low number of applications.

The talent just isn’t flocking to New York. And the department is currently on track to approve its annual average of three BitLicenses per year.

Blockchain leaders and innovators have lambasted the format, accusing regulators of slowing progress in the fast-moving sector to a crawl. Ben Lawsky, a former federal prosecutor and the architect of the BitLicense, left the agency to join Ripple’s Board of Directors.

Skirting the laborious application process, cryptocurrency innovators such as ShapeShift and Kraken have bowed out, turning to other jurisdictions.

New York regulators appear to be ready to return to the drawing board in order to figure out an effective way of accommodating innovation and fast-tracking initiatives by granting regulatory approvals instead of creating bottlenecks that compel companies to flee. The purpose or general idea of the bill is to establish “a commission to study how to regulate cryptocurrencies in New York State.”

“New York leads the country in finance. We will also lead in proper fintech regulation. The task force of experts will help us strike the balance between having a robust blockchain industry and cryptocurrency economic environment while at the same time protecting New York investors and consumers.”

By leading instead of lagging, the regulators are focused on making meaningful strides.

“I want to thank my friend and colleague Assemblyman Clyde Vanel for working hard and creating this task force to examine how we need to improve the way we view and embrace crypto currency and blockchain technology in New York. I look forward to working with him and others to bring in the next chapter of decentralization, which can help build more resilient local economies.”

“Cryptocurrencies and blockchain technology will, without a doubt, greatly impact finance and many other industries across the globe for years to come. New York’s cryptocurrency task force – the first of its kind in the nation – shows how our state is leading the way in studying and understanding these technologies to ensure they can thrive in a responsible and effective way, further solidifying New York’s position as a global hub for smart innovation.”