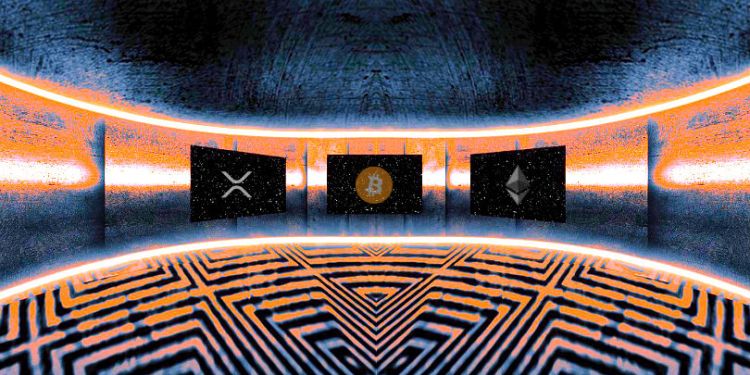 A new study shows Bitcoin and crypto hodlers are in it for the long haul.

According to a new report from DailyFX, 77.5% of retail crypto investors remain long on Bitcoin – the highest number since November of last year.

A look at Bitcoin’s yearly lows offers a unique perspective on exactly where traders are holding the line.

I've been saying it for years. Don't look at ATH's, look at yearly lows. That will tell you the growth in hodlers.

That tells you the growth in the people who won't sell at any price.

“Ripple is meant to be a replacement for Swift – the messaging system that banks use and other things like ACH used to settle transactions. XRP is meant to be a digital way to move value, to move digital money if you will.”

As for XRP, Johnson says it can be used to power instant transactions and ensure far lower fees than the current standard in the world of traditional banking and finance.

“XRP is purely focused on value. It can do Visa-like 1,500 transactions per second. And it’s really equipped to do things in a digital network. As I described at the beginning of our talk, we don’t have digital value right now. When you send someone a Venmo payment, they don’t actually get the money for like 3 to 5 days. They might credit an account, but there’s risk being taken by the company there, and that’s why the fees are so high.

When one of our customers uses XRP to move money from Thailand to Spain, it happens in less than a minute or two, and it’s very accurate and quick to do so, and it wouldn’t be possible without the technology.”

In a new interview with IEEE Spectrum, Buterin says Bitcoin’s method of validating transactions, called Proof-of-Work, requires an unnecessary amount of energy. The method forces users that power the network to solve complicated puzzles in an effort to prevent denial-of-service attacks and spam.

“The PoW part is the one that’s consuming these huge amounts of electricity. The blockchain transactions themselves are not super computationally intensive. It’s just verifying digital signatures. It’s not some kind of heavy 3D-matrix map or machine learning on gigabytes of data.”

Buterin hopes public testnets will be up and running with the new technology by the end of 2019.