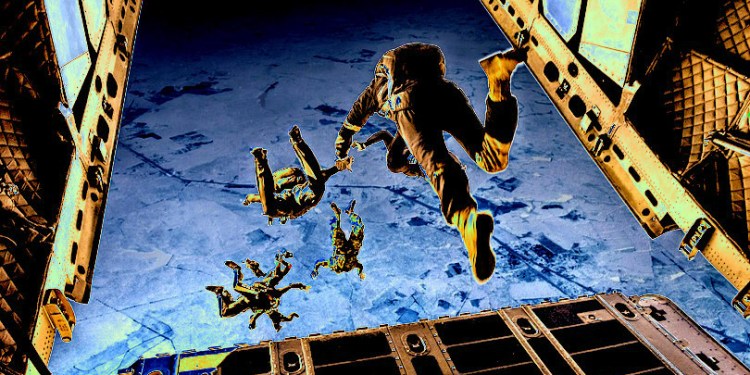 David Lipton, the first deputy managing director of the International Monetary Fund, says world leaders are less prepared to deal with the next recession than they were during the global financial crisis of 2008.

Speaking to the Financial Times at the American Economic Association annual meeting in Atlanta, Lipton says the current monetary system, based on economic principles that govern interest rate hikes and central banking activities, will be no match for the next recession.

“In particular, governments will find it hard to use fiscal or monetary measures to offset the next recession, while the system of cross-border support mechanisms – such as central bank swap lines – has been undermined, warns David Lipton, the first deputy managing director of the IMF.”

“They allow a central bank to obtain foreign currency liquidity from the central bank that issues it – usually because they need to provide this to domestic commercial banks. For example, the swap line with the Federal Reserve System enables the ECB and all the national central banks in the euro area (Eurosystem) to receive US dollars from the Fed in exchange for an equivalent amount of euro provided to the Federal Reserve. These agreements have been part of central banks’ set of monetary policy instruments for decades.”

The decades-old system is now brushing up against a trifecta of economic concerns: the bearish trend of the US equities markets, the US-China trade war and the Federal Reserve’s grip on monetary policy.

“So the market is behaving as it did during the worst collapse for the market since 1929 and/or the worst recession since the Great Depression.”

“So between the unwinding of the balance sheet and the Fed’s rate hikes since late 2015, the net policy tightening has approached 350 basis points. If the Fed does all it wants next year, the cumulative tightening will be 500 basis points, and no cycle ever managed to emerge unscathed by this sort of monetary policy restraint.”

Rosenberg sums up the amount of progress the Fed has made throughout the 10 years that have passed since the financial fiasco of 2008.

“And here we are, with the Fed still claiming that monetary policy is still mildly accommodative, coming off a year of rampant fiscal accommodation, and the economy is sputtering and the equity, credit and commodity markets sinking. All because of the Fed’s attempts to ‘normalize’ its policy. But maybe the economy and market are so abnormal that they can’t handle the move back towards policy normalization. That is the real story here – the economy and the financial markets, a full decade after the crisis, still need the training wheels.”

As for President Donald Trump, he’s called out the Fed as the sole problem of the economy.

The only problem our economy has is the Fed. They don’t have a feel for the Market, they don’t understand necessary Trade Wars or Strong Dollars or even Democrat Shutdowns over Borders. The Fed is like a powerful golfer who can’t score because he has no touch – he can’t putt!

Despite rumors of Powell’s ouster and regardless of Powell’s refusal to resign, if asked, a new face on the Federal Reserve will not fundamentally change the fractional-reserve banking system or undo any damage to the economy that has already been done.

Speaking on Bloomberg Markets: European Open, Kokou Agbo-Bloua, global head of flow strategy and solutions at Société Générale, discusses how the markets are going through the “five stages of grief.”

“You typically have anger, denial, depression and then acceptance, after going through bargaining as well. So, I think, realized volatility is part of late-cycle market behaviors. This is where the market is a bit confused as to where the path of earnings worth is going, and where the macro data is going….

“I think this confusion phase is part of the acceptance phase, and we are likely to still have a recession in 2020.”

For the second session in a row, US stocks posted solid gains on Monday as US-China trade talks resume.