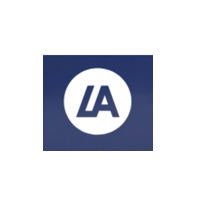 LATOKEN – the #1 exchange in liquidity for new tokens – is kicking off 2019 with the 4th edition of the Blockchain Economic Forum: ?The Decentralized Financial System?.

More than 100 high-profile economists, regulators, officials, and business leaders from all around the world will join us for three days to set the ground rules for the design, governance and monetary policy of a more inclusive and transparent financial system.

Davos: A Town of Opportunities

Previous blockchain economic forums took place in some of the world’s greatest cities, including ?New York?, ?Singapore?, and ?San Francisco?.

This time is different. The Blockchain Economic Forum will leave the asphalt jungles behind and move the discussion of technological and structural changes in the financial system, capital markets and states to Davos, Switzerland.

Every year, this small Alpine town hosts over 3,000 leaders of the global society to chart the course for regional and global development. This coming January, they will also have the opportunity to shape the future of global finance at the Blockchain Economic Forum, to be held at the ?Arabella Hotel Waldhuus Davos? from January 24-26, 2019.

BEF Speakers are Hard to Ignore

The Blockchain Economic Forum in Davos will feature ?world-renowned specialists from the private and public sectors, including:

An Agenda for the Future

The first day of the Blockchain Economic Forum will bring attention to two of the hottest topics in the cryptocurrency and blockchain world: tokenization and regulation.

Day 2 – Board of Governors for the New Financial System

The second day of the Blockchain Economic Forum will take a more practical approach. Panelists will work on the fundamentals for a global central bank, its currency and the structure necessary to make it viable.

Networking is a cornerstone of the Blockchain Economic Forum. Startups that presented their projects at BEF’s previous editions have raised over $400 million in investment.

The Blockchain Economic Forum in Davos will be no exception. Multi-billion dollar fund managers, high-ranking government officials, Nobel Prize winners and top entrepreneurs will shake hands at the LATOKEN Networking Reception on January 26 at 21:00.