Bitcoin Can Be Resistance Currency As ‘Banks Steal 90% of Every Dollar’: Keiser Report 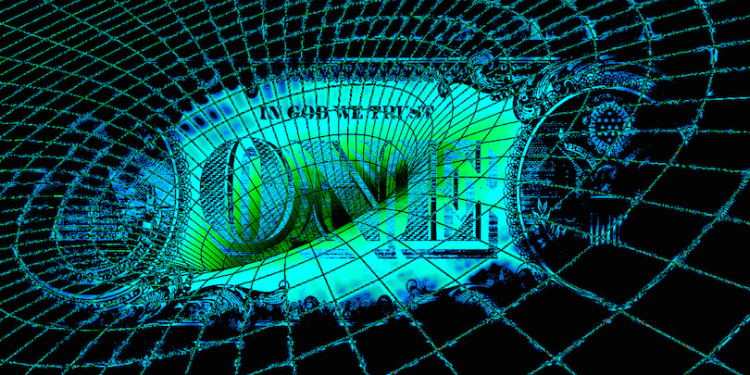 In a recent episode of the Keiser Report on RT, host Max Keiser says he’s not surprised that the US government fined Wells Fargo a mere $575 million for committing bank and credit fraud. The Wells Fargo scheme involved the creation of millions of fake customer accounts.

“Fraud runs the American economy. Without fraud, there would be no GDP whatsoever.”

He says Bitcoin and blockchain tech can take centralized financial powers away from the banks and a complicit government.

Keiser says the model of big banks is very simple.

“You keep 90 cents of every dollar you steal. That’s their model. That’s what their earnings are based on. If you stripped out the fraud from Wells Fargo’s business model, they would be losing an unconscionable amount of money, and they would actually have to declare bankruptcy many, many quarters ago.”

He says the central bank is complicit by lowering interest rates over 37 years.

“So when you have a Wells Fargo, and they have to pay this huge fine to cover up the fraud, that money that they use to pay up that fine is taken from the central bank. They borrow it from the central bank at near zero percent interest rate, and then they restructure their balance sheet. They restructure their own bond portfolio and they extend the maturity. Extend and pretend.”

He notes that change is imminent with new ideas and monetary innovations like Bitcoin.

According to Keiser, the Yellow Vests movement in France, which he calls the first global insurrection against the banker occupation, is a case in point. The movement, which he hopes will spill over into other countries, began as a protest against fuel tax hikes and has escalated into a broader dissent against the government’s economic policies.

Bitcoin, he says, can be the currency of resistance and unify the global movement.

Keiser’s guest Jimmy Song, a Bitcoin educator, developer and entrepreneur, says monetary power is the biggest force in the world and that protestors should work to decentralize it.

“Really what they should be doing is taking power back for themselves, decentralizing power. And it starts with Bitcoin. And if they realize that, then that’s the first thing that they would do, and take the power away very quickly – slowly and quickly, in different ways – and change things for the better going forward instead of putting their lives on the line and risking jail time and things like that. I think this is a much more peaceful revolution that’s possible with Bitcoin.”

Song says Bitcoin is resilient and powerful enough to resist a takeover.

“I expect more attacks but as we thwart those attacks that’s generally when we’ve seen giant price rises, when Bitcoin proves itself to be anti-fragile.”