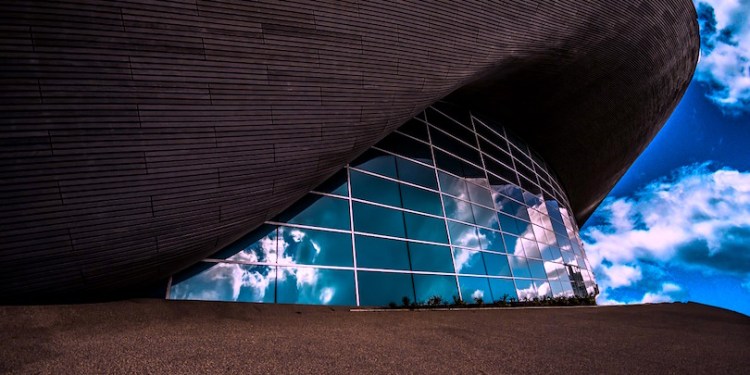 The senior adviser to Mark Carney, head of the Bank of England, identifies a list of reasons why cryptocurrencies are failing. Huw van Steenis, who served as global head of strategy at Schroders, says crypto is too slow and unstable to challenge or topple the existing financial system.

In a new interview with Bloomberg in Davos, Switzerland, at this week’s World Economic Forum, van Steenis says,

“We’re spending a lot of time thinking about the payment system – what’s the next leg to make it stronger. Make sure the financial system is adapting. I think an interesting statistic is globally banks are only spending about 25% of their tech budgets on digital transformation, and that needs to come higher. So what’s going to unlock that spend?”

When asked if fintech or cryptocurrencies could become a serious threat to the stability of the economy, van Steenis says no.

“I’m not so worried about cryptocurrencies. I think they fail the basic tests of financial services. They’re not a great unit of exchange. They don’t hold value. And they’re slower. So that’s at the moment. But they’re a threat.

But I think the bigger threat is how do you get non-banked – banking has typically been done by banks. As it moves more to tech platforms, where the banking system is unbundling, how do you keep supervision of a much more complex set of companies?”

As van Steenis frames the current challenges of today’s banking system, which lies in the hands of incumbents and centralized legacy platforms, innovative computer scientists who are more fascinated by decentralized systems based on algorithms aimed at eliminating traditional banking methods, are addressing increasingly mobile and digital habits – the habits that are unbundling the banking system. They’re building new infrastructure that reorganizes data into trustless, blockchain-based environments designed to be verifiable and transparent.

Steenis says that the challengers will be challenged. As banks embrace digital banking, they’re going to try to innovate faster, better, stronger, cheaper.

When asked if digital banking has any real staying power, or if it’s susceptible to the same volatility as Bitcoin, van Steenis responds,

“When I talk to bank CEOs, as you’re going to be doing this week, the number one topic is how can they invest in technology to make their service better and fend off the threats from these big platforms. I think that’s the good news. Obviously there are risks from all these new challenges coming through, but cryptocurrencies are not high on my worry list.”

When asked to name the banks of tomorrow, and specifically, the preferred banking choice of Millennials, van Steenis says it’s too early to say.

“Obviously the large firms have some advantages in terms of size, but they need to innovate. What I love about meeting some of the fintechs is their obsession with customer, about solving customer problems. I think the challenge will be, ‘Will the challengers get distribution and customers before the incumbents innovate?'”

When asked how he and Carney can supervise lending banks in the digital space and “digital cowboys that sometimes fail,” van Steenis says,

“You and I both know from digital crises, the best way to blow up a bank is by growing your loan book too fast because you’re not going to be prudent about it. Now, some of these new entities are not actually in the banking system. They’re not actually regulated. So a big question for regulators is which of these need to come inside the supervision, and which ones remain outside. And I think that’s a very lively debate – which we’re having.”

Van Steenis was hired last May to advise the Bank of England on fintech and its many repercussions. Prior to Schroders, Steenis was the global coordinator for banks and diversified financials at Morgan Stanley.

“Huw van Steenis’s vast experience of both the asset management and banking industry, together with his track record of taking the long-term view on the major structural forces driving the economy, will be invaluable to us in developing our thinking on what the financial system of tomorrow might look like.”

Founded in 1694, the 324-year-old Bank of England is the central bank of the UK and represents the model for central banks around the world. The Bank acts as the government’s bank and as a regulator to maintain stability of the financial system, managing the country’s foreign exchange and gold reserves. The Bank’s Monetary Policy Committee decides the official interest rate in the UK and determines quantitative easing, among other monetary policies.