by Mike Brown
in HodlX 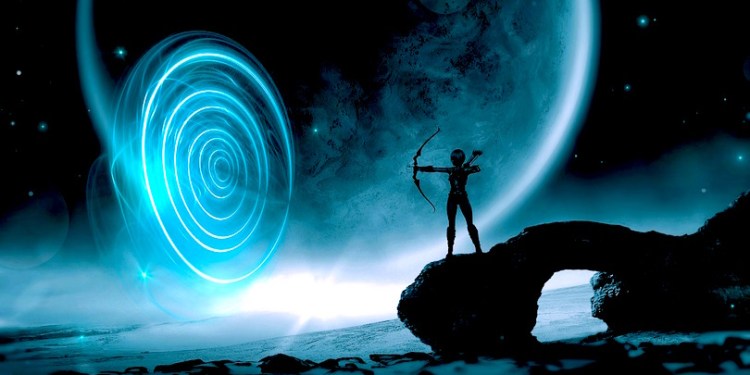 Since 2016, consumer complaints regarding virtual currency have increased by nearly 17,000%. LendEDU has analyzed these complaints to see what has changed over the past few years.

To say virtual currency has been on a rollercoaster of a ride since its inception would be quite the understatement.

A more accurate description for virtual currency’s journey would be something closer to intergalactic travel; over the last couple of years, cryptocurrency has skyrocketed to the moon from relative obscurity, only to come crashing back down to Earth in a fiery, destructive blaze. Today, virtual currency has become somewhat stable for its standards.

In a window lasting just a little over two years, the price of Bitcoin ranged from $779 to $17,061, with it currently being priced around $3,536 at the time of this writing.

For much of this adventure, LendEDU has been tracking virtual currency sentiment through a series of surveys and data-driven studies. One in particular, published in 2017, reviewed virtual currency-related consumer complaints filed with the Consumer Financial Protection Bureau’s (CFPB) Consumer Complaint Database.

Seeing how cryptocurrency has become a lot more mainstream since that first study, we have decided to revisit the topic.

LendEDU exported all CFPB consumer complaints regarding virtual currency for all of 2018. As more consumers become aware of and invested in cryptocurrency, we wanted to see if there has been an uptick in complaints or any noticeable trends regarding common issues or companies being complained about.

While a 45 percent year-over-year increase is still nothing to dismiss, it is not near the complaint growth experienced from 2016 to 2017. Why might this be? Near the end of 2017 and heading into 2018, the prices of various virtual currencies, most notably Bitcoin, began to drop drastically.

Perhaps as these sharp price declines became national news, consumers became hesitant to jump into the world of cryptocurrency. This would have led to a decline in new investors, which conceivably would stunt the rate of grievances being submitted to the CFPB.

Further, it is nearly impossible to keep up such an astronomical growth rate in complaints, so it is likely that much of this is simply natural.

With public knowledge and awareness of virtual currency seemingly increasing by the day, financial institutions have become more intrigued with getting involved in the space.

Staying on the cutting edge usually bodes well for any company, and no one wants to get left in the dust when it comes to cryptocurrency. Recently, Fidelity, one of the five largest financial services provides in the world, announced in October that they would be launching a cryptocurrency trading and storage platform.

While there are certainly a ton of kinks and regulations to iron out, it seems clear that virtual currency is here to stay and its potential is quite limitless.

A couple of takeaways can be reached from the above graphic.

First, Coinbase overwhelmingly leads the way when it comes to cryptocurrency complaints. This is to be expected, however, as the company is far and away the most well known virtual currency exchange, wallet, and tool set. Many of these complaints are likely about the virtual currencies themselves and not Coinbase.

In fact, the data from the CFPB probably sheds a positive light on Coinbase, if anything. In 2017 and 2018, its volume of complaints remained about the same even after virtual currencies exploded onto the mainstream. In other words, they are always going to receive a heavy percentage of complaints relative to other crypto companies because of their high number of users and because they help people buy, sell, and hold virtual currencies. If they can prevent that volume from increasing drastically, Coinbase is likely doing a great job.

When consumers submit their complaints to the CFPB, they are given a prompt to record the specific issue they are having. For virtual currency complaints, there were seven different issues to choose from: (1) Other service problem; (2) Other transaction problem; (3) Money was not available when promised; (4) Fraud or scam; (5) Confusing or missing disclosures; (6) Wrong amount charged or received; (7) Unexpected or other fees.

With the exception of 2016 when only seven virtual currency complaints were submitted, the consumer not having their money available when it was promised was the top complaint in both 2017 and 2018. The two years also shared the same second most complained about issue, which was another transaction issue not listed as an option in the CFPB’s complaint database.

2017 and 2018 deviated a bit after that in terms of what the most common virtual currency issues were amongst consumers. However, the volume that each issue owned stayed very consistent throughout both years. For example, 14 percent of all virtual currency complaints in 2017 had to do with a fraud or scam, while that same issue occupied 15 percent of all complaints in 2018.

Further, 3 percent of all issues in 2017 pertained to confusing or missing disclosures, and in 2018 that issue was responsible for 2 percent of all complaints. When it came to having the wrong amount charged or received, 3 percent of 2017 complaints pointed to this, while in 2018 it was 4 percent.

In his role at LendEDU, Mike uses data, usually from surveys and publicly-available resources, to identify emerging personal finance trends and tell unique stories. Mike’s work, featured in major outlets like The Wall Street Journal and The Washington Post, provides consumers with a personal finance measuring stick and can help them make informed finance decisions.