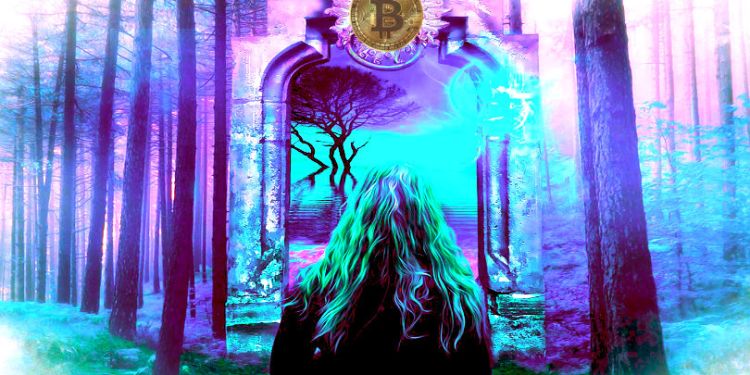 From two takes on where the price of Bitcoin is headed to new details on a lawsuit against Ripple, here’s a look at some of the stories breaking in the world of crypto.

According to a new report from Bloomberg, a key technical indicator is not looking good for Bitcoin bulls.

“Based on the GTI VERA Convergence Divergence Technical Indicator, the largest cryptocurrency just entered a new selling trend today for the first time since mid-November. The last time a sell signal was sent, Bitcoin tumbled about 50 percent from $6,280 a coin to $3,156 over a nearly two-week span.”

The senior market analyst at eToro is offering a different outlook, saying Bitcoin is still trading in its support range.

A lawyer who focuses on litigation involving securities just issued an update on a class action lawsuit against Ripple, which alleges the company violated state and federal laws by selling XRP as an unregistered security.

According to Jake Chervinsky, Ripple has a court date for oral arguments on February 13th, where it will argue that the case should be held in federal court.

Yesterday, the plaintiffs filed a reply brief in support of their motion to remand the case to state court. Oral argument is scheduled for February 13. The decision could come quickly after that, maybe within weeks (but who knows).

Chervinsky says the case is a long way off from being resolved.

“We are still looking at months or years until the case is resolved. But if you’re a Ripple supporter, you probably want the case to go on for a lot longer anyway. Your earliest hope for true victory is far off.”

Levi Strauss and Harvard are collaborating with ConsenSys to develop an Ethereum-based system that tracks the health and well-being of factory workers.

Proud to continue our work with @HarvardChanSPH to track & measure the health and well-being of factory workers. Learn more: https://t.co/cxwmZsxmvy

The pilot will use blockchain technology to anonymously and securely gather feedback from workers on how they are being treated. The first pilot is set to begin at three factories in Mexico in the second quarter of this year, with another trial following in 2020.

The company behind EOS just issued a new warning, telling its community to be on high alert for scams. According to Block.one, traders and supporters need to stay vigilant since scammers have even impersonated the CEO and CTO of the company.

“No one from Block.one will request your private key(s), tokens, passwords or personal information, whether by phone or in a Telegram message, email, website or any other form of communication.

Furthermore, no Block.one personnel will use Telegram, Skype, LinkedIn or other informal communication channels to propose a business relationship or partnership including a proposal which would involve the exchange of tokens.”

The team at Stellar just released its monthly newsletter.

The January Monthly Roundup Newsletter is here. Check it out now! https://t.co/C6t9dSwpt8#Stellar

After a remarkably successful token sale that lasted about 14 minutes, Tron and Binance say they will offer an airdrop to users who tried to purchase BitTorrent Token (BTT), but were denied. The exact details have yet to be released.

Due to overwhelming demands, Tron team generously agreed to do a small airdrop for people who tried to place orders, but was not successful in buying. Exact numbers will be published soon.

A gaming platform built on the VeChain blockchain says more than 1,200 people have signed up for its upcoming alpha test.

Alpha test registrations was in huge demand and we ended up with over 1200 signups! As a show of our appreciation we allowing all that registered access to the Alpha test. We will also increase the rewards from 50M PLA to 250M PLA! #VeFam pic.twitter.com/EVmubMnvm1

Plair is designed to be a decentralized gaming portal that combines certain aspects of Steam, Discord and Twitch. The team is shooting for an official release in March of 2020.