How Zug Became a Crypto Valley

by Vladimir Malakchi
in HodlX 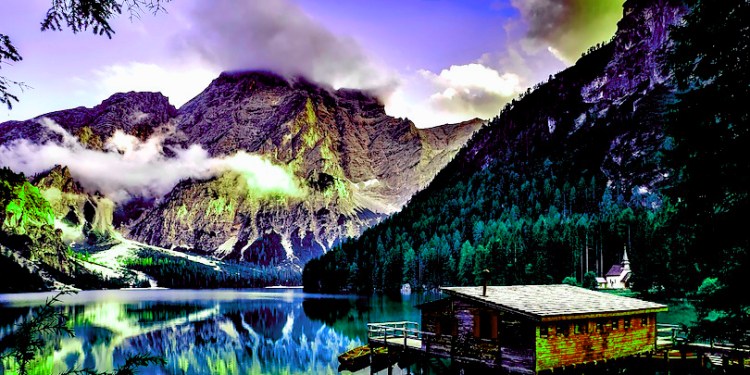 Silicon Valley for crypto enthusiasts, the crypto harbor for blockchain start-ups and the Swiss dream for many who want to conquer the multi-billion dollar industry of digital assets, a small canton in a picturesque corner of Switzerland has become a real hub where a concentration of technological developments just rolls over.

The foundation of Crypto Valley popularity in Zug

It is no secret that Switzerland is the leading global financial center located in the heart of Europe. The country of luxury watches also boasts an effective bureaucracy and a low level of corruption. Moreover, the birthplace of chocolate is considered to be economically stable and positively predictable. Switzerland attracts business from various industries because the country has developed a whole culture of confidentiality, which is the strongest in the world – the first law on banking secrecy dates back to 1713.

As for Zug, this canton, which was facilitated by the tax regime established in the late 1950s, is the richest in Switzerland. However, another decade after the introduction of the new tax legislation, residents’ incomes showed the lowest rates in the country.

But today the situation is the opposite. GDP per capita is estimated at about $121,000. Corporate tax is only 8.5%, and individual taxes are about 23%.

The Swiss have decided to turn the popularity of blockchain into their own benefit and are making every effort. All levels of government support the cryptocurrency industry.

Johann Gevers is the ideological i?nspirer? of the Crypto Valley. He showed the advantages of the crypto-business development in Zug using the example of his company. He founded the Monetas payment system there in 2013, and in January 2014 Gevers put forward the idea to create a global center for cryptocurrency companies from around the world.

The name “Crypto Valley”, which has already become a common noun, was suggested by Mihai Alisie, co-founder of Ethereum, during a meeting of representatives of the then start-ups Monetas, Ethereum and Zug. In April of the same year, Johann Gevers at the Toronto Bitcoin Expo ?presented? the Crypto Valley concept, which was supported by almost all the participants of the event, and Vitalik Buterin, with the development team, moved his head office to Zug.

Zug became the first city in the world to start accepting payments of taxes in Bitcoins in 2016, but Andreas Hurlimann from the Zug City Council acknowledged that it was a marketing ploy and nothing more. The city administration doesn’t have ambitious plans to become a “smart city”. But this decision contributed to the second wave of companies that flooded Zug after the appearance of the Ethereum Foundation there.

The ?Crypto Valley Association? officially launched its work in 2017, when the Zug cryptocurrency ecosystem grew to 300 companies, which needed to be coordinated. It is worth noting that the Crypto Valley Association (CVA) is a non-profit organization funded by the Swiss state. The success of the association is not only due to the fact that it supports both newcomers and industry veterans, but also directly develops policy recommendations in collaboration with the Swiss financial regulator FINMA.

A year later, in 2017, Crypto Valley announced the launch of a decentralized digital identity system on the Ethereum platform ?uPort.? And 2018 was associated with residents of the Valley voting successfully on the blockchain.

These steps provide for the popularization of the canton in the blockchain community; however, it is worth understanding that such a friendly atmosphere on the part of the authorities is only a business plan that contributes to the strengthening of the Swiss economy. Yes, start-ups receive high-quality services and precise regulation, but Swiss quality is always worth the Swiss price. (The pursuit of the Swiss dream will cost about 40,000 francs, and this price is formed without taking into account staff salaries and share capital).

If this price is quite acceptable for your company and you are determined to transfer your startup to Zug, this is what you need to know:

If we translate it into monetary costs, be aware that

There are alternatives. If you are not ready for such expenses and are looking for a country to successfully conduct your ICO, we suggest paying attention to Belarus, Gibraltar, and Malta.

This country was one of the first where cryptocurrency activities are regulated at the legislative level. The ?decree?“On the Development of the Digital Economy”, which entered into force on March 28, 2018, not only legalized blockchain-related businesses but also ruled that a tax-free regime was in place for mining and trading on the exchanges.

Little Gibraltar, judging by the events of last year, is striving to become a real cryptocurrency hub. Since the beginning of 2018, the regulatory f?ramework ?for distributed ledger technology has begun to operate in this jurisdiction and in the fall, local startups attracted $157 million through ICOs.

We left Malta for dessert, as we consider this state to be the best alternative to Swiss Zug. This country has a clear legal and regulatory framework for ICO campaigns and cryptocurrency activities, and t?reatment ?of the Maltese Prime Minister Joseph Muscat to the UN General Assembly regarding plans to transform Malta into “blockchain island” has only fueled interest from startups.

Today the country has the ?Digital Innovation Authority?, a regulatory law that establishes requirements and rules for certification of both DLT platforms and blockchain projects. Launched ICO projects in Malta attracted approximately $134 million in 2018, and they are not going to stop there.

The secret of Crypto Valley has been revealed: blockchain companies can rely on regulators who are not trying to deceive either founders or investors. Everyone is drawn to Zug without well-thought-out marketing campaigns, since getting registration in this canton guarantees the confidence of potential depositors.

Of course, Switzerland sets the trend for other states that are striving to create comfortable conditions for startups to conduct their activities and provide investors with a guarantee that their funds will be in safe hands.

This year wasn`t easy for the ICO industry, but the competent regulators` behavior can accelerate the market “maturing,” which undoubtedly has great potential.