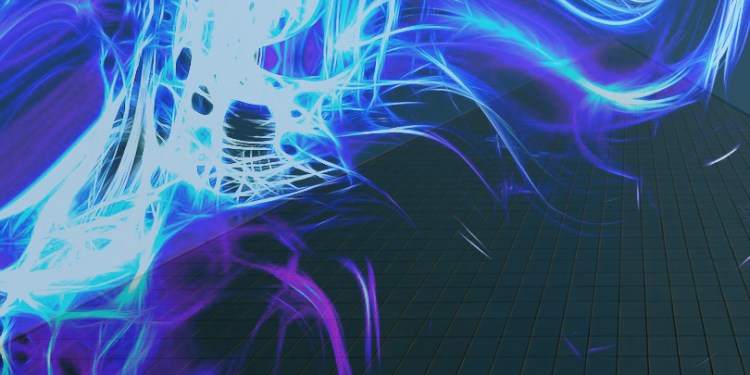 Finder co-founder Fred Schebesta and Morgan Creek Digital Assets founder Anthony “Pomp” Pompliano sat down for an in-depth look at crypto investment trends. Pomp opened with his thesis that every stock and commodity will be digitized in the future with cryptocurrencies forming the basis of a new financial order. The endgame: tackling wealth inequality.

Pomp says he’s super bullish and excited about the future of crypto. He’s made a number of bold statements to his Twitter audience of 185,000 followers, his newsletter subscribers and his Off the Chain podcast listeners, from betting $1 million that crypto will outperform the S&P 500 over the next 10 years, beginning on January 1, 2019, to predicting that the crypto winter that has persisted since all of last year won’t end until Bitcoin dips below $3,000. After that, the sky’s the limit.

He says he’s been following both the money and the impressive rate at which the talent is flowing into the crypto space. Much of the action, it appears, is happening behind the scenes.

“I think that people are still trying to find their way in terms of the bear market, but the things that we’re seeing in the private markets and behind closed doors of what’s being built, and the impact that that stuff is having, I think people are going to be pretty impressed when more of this becomes public.”

As the investor “tourists” get washed out, Pomp says Bitcoin will remain – at a higher low.

The Bitcoin narrative has morphed from digital cash to digital gold to a hedge against central banks, highlighting a shift from spending Bitcoin to hodling it.

“As scaling solutions, layer-2, layer 3, gets built on top of it, we will get additional use cases or additional applications from the Bitcoin network. But what that does is widen the total adjustable market. Today, Bitcoin is very specific for a very targeted group of people. As we get a lot of this innovation and scalability, we’ll actually see more and more people interested in it. And so that’s where a lot of the growth will come from in the future as well. So I don’t think you can quite say, ‘Hey, it’s not electronic cash. It’s only a story of value today,’ because what you’re doing is taking a single point in time that probably isn’t indicative of what this thing is going to evolve into as we just have more time to write code, etc.”

Pomp is a big fan of the Lightning Network as a scaling solution and says the Lightning Labs team is really pushing the pace of innovation. He mentions his days at Facebook where he watched epic growth, and argues that code is what wins the argument, in spite of criticisms.

Pomp talks about experimentation in the space and why developers should be encouraged to test different blockchains without inflicting a dose of “religious tribalism” that attempts to stifle one project in favor of another, slowing the evolution of best practices, best solutions and innovation.

As for the regulators, Pomp says the accreditation laws for investors are violating the American dream, and that we need to shift from a system that looks to wealth as an indicator of sophistication to a more education-based approach.

There’s a lot of dumb rich people. Ok, let’s take that out of the case, and then people will say wealth is a signal of the amount of losses you can stomach.”

He dismisses that logic as well and says there’s a better system for allowing more people to participate in private investments in a compliant way. He says initial coin offerings have already shown that there’s a high demand.

“If you put in the time, put in the work and you become educated, and you understand how to underwrite risk, you understand terminology, how markets work, and you can prove that through, think of it like an SAT-type test, you should be allowed to invest in whatever you want.”

Money laundering is another issue Pomp puts front and center, minus the euphemisms. Banks that launder money are not involved in “scandals”. They’re committing crimes. Crypto traders who launder money are criminals.

“Let’s just call it what it is and the words we use are really important. Hey, these are facts. [Deutsche Bank and Danske Bank] are charged with laundering billions of dollars which is a crime. It reminds people that bad people do bad things regardless of the industry. There are bad people in crypto doing bad things with Bitcoin and other cryptocurrencies. Nobody can deny that that’s happening. But there’s also a lot of bad people in the legacy financial system. And so, we don’t say, ‘We shouldn’t use the legacy financial system because there’s bad people.

I saw a report, I think it was the United Nations office on drugs and crime. They just came out with this report and Bloomberg wrote an article. They still think that $2 trillion of fiat currency is money laundered every single year. Two trillion dollars. The crypto market cap is $100 billion right now.”

As for the year ahead, Pomp says the movements are in stealth mode.

“Everyone was yelling, ‘The institutions are coming. The institutions are coming, 2018. And now the running joke is, ‘Oh, where are the institutions?’ They’re all here. They’re all here. And they’re doing things and they’re doing it quietly. But there’s not a bank on Wall Street that’s not involved in this stuff. There’s not an institution that’s is a permanent capital allocator that hasn’t at least looked at this stuff. That doesn’t mean that the capital allocators and the institutional world are all in, but they’re all looking at it. The banks — every single one of them is doing something in the space around blockchain technology…

I think that 2019, you’re going to see a bunch of announcements come out from these organizations, from these institutional investors, that show when people were yelling and screaming in 2018, ‘The institutions are coming,’ they actually showed up.

The work that was done in 2018 isn’t going to show up in 2019’s prices. It’s going to show in 2020, 2021, 2022. And so I think that as we start to uncover more of what’s going on behind the scenes or in the shadows, what we’re going to see is the future looks much brighter than the past. We’re talking about the best performing asset of the last 10 years, and for the future to look brighter than the past — that’s pretty exciting stuff to go jump out of bed every morning and go work on.”

By the end of 2019, Pomp says he has no clue what Bitcoin’s price will be. But he’s not dialing a bull run, and he doesn’t think the price will go to zero. He’s confident Bitcoin will trade anywhere between $2,500 to $5,000.