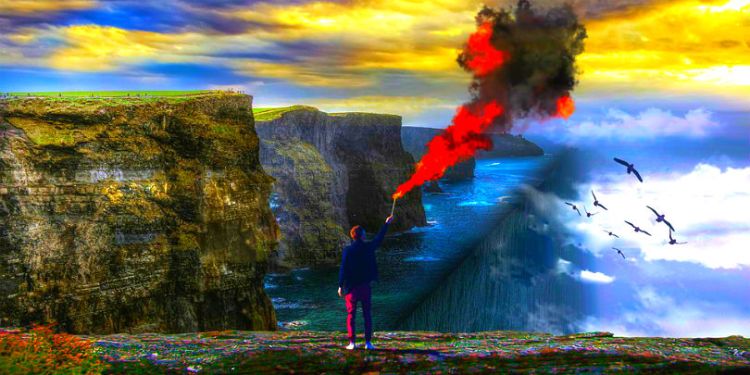 According to a report published by the United Nations Office on Drugs and Crime, over a trillion dollars are illicitly funneled through the traditional banking system every 365 days. “The Cost of Dirty Money,” a Bloomberg report by Alan Katz, diagrams the complex world of money laundering, featuring a web of banks, fines and prison sentences.

Financial crimes such as the $65 billion Bernie Madoff Ponzi scheme, in which JPMorgan Chase was fined $2.05 billion, and the Mexican drug smuggling operation, which laundered $378 billion in wire transfers, traveler’s checks and cash transactions through Wachovia Bank, now defunct, are made possible by mechanisms in the traditional banking system.

Deutsche Bank is currently in the hot seat. Appearing before a European Parliament hearing on Monday, Stephen Wilken, the bank’s chief of anti-financial crime and anti-money laundering, spoke on behalf of the bank, which is accused of participating in a massive money laundering operation reportedly instigated by Danish lender Danske Bank. Danske is under investigation for $228 billion in suspicious payments overseen by correspondent bank – Deutsche Bank – from 2007 to 2015.

“There are no safe alternatives to correspondent banking.”

“These kinds of contacts usually end when the bank sees a breach of sanctions or there is a lack of transparency in the way the client operates, he explained. This was the case with Danske Bank, but Wilken refused to better explain what happened exactly.

As the internal investigation is still ongoing, Wilken said he ‘wouldn’t be able to give details.'”

Bitcoin proponents point out that cryptocurrencies have the power to eradicate financial crimes because they offer verifiable blockchain ledgers that can’t be tampered with or altered by nefarious parties.

Bitcoin opponents, however, point out that online Bitcoin transactions easily facilitated drug and gun purchases on the now-defunct dark web portal Silk Road from 2011 to 2013. More recently, the Wall Street Journal published a report in September 2018 alleging that $9 million in illegal funds had been laundered through Bitcoin over the previous two years.

In spite of a rebuttal to the WSJ report from Erik Voorhees, the CEO of Shapeshift, a US-based crypto-to-crypto exchange, the narrative of Bitcoin as an elixir for money launderers does not stand up, particularly given the evidence of systemic criminal activity in the banking sector.

What has emerged are crypto hacking crimes that have fleeced investors and victimized people, with groups of skilled criminals having stolen over $1 billion in crypto from exchanges.

In terms of privacy, Bitcoin transactions do not have the same inherent anonymity as cash, as each transaction can be traced and tracked on the blockchain. Cash transactions, in comparison, are virtually impossible to trace, since they remain anonymous outside of the two transactors, and have no paper trail.

Once the money hits a targeted bank account, either through a money order or direct deposit, it’s hard for law enforcement to track exactly where the funds came from, who was involved, or what the funds are being used for.

Illicit schemes and trillion-dollar criminal networks aside, people still support banks and still use cash. As for financial crimes, they simply confirm that bad actors exist and will continue to exist, and that they’ll do whatever they need to do and try whatever option is available, from Bitcoin to banks, to keep the cycle going.