by Vladimir Malakchi
in HodlX 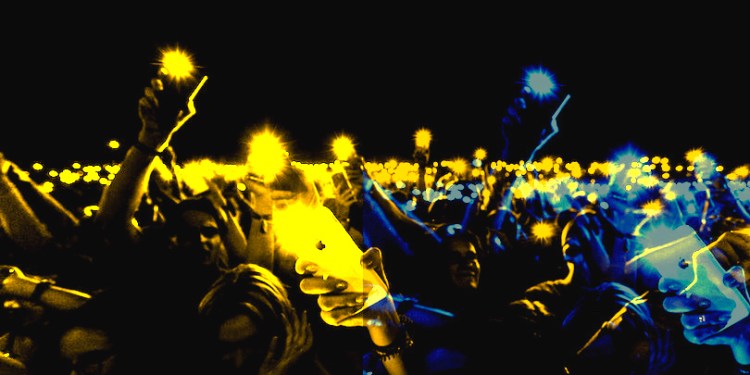 How the Internet of Things Originated

Interestingly, the term “IoT” (Internet of Things) was heard for the first time in the late 1990s. Then it was used in relation to ?RFID? technology, with stickers containing an RFID tag on items or “things”. A few years later, the phrase “Internet of Things” began to be used during the description of ?2? (machine to machine) interactions, in particular with respect to sensors in SCADA systems.

It is not strange that in the early 2000s we did not hear anything about IoT, since at that time a cellular wave swept over us. We were surprised by the first smartphones. Operators were looking for a place under the sun in the harbor of a new multi-billion dollar industry, and device manufacturers tried to master the market at a frantic pace.

The mobile boom didn’t even last 10 years. the severe economic crisis of 2008 got in its way. Then the experts exhaled from the race and calmly asked, “What will replace the smartphones? What technology can trigger the same hype?”

And of course, everyone has noticed that technology services look much more promising now than telecom operators, which are suffering more and more losses each year.

The Internet of Things is beyond competition as many useful and interesting services are appearing – from smart houses to smart farms and even cities. Almost in every sphere of our life, you can implement an IoT solution and make money on it.

According to ?Research Nester,? the total IoT market will be more than $724 billion by 2023. However, it is only a forecast, and we cannot be sure that the market will finally be formed within four years.

And there is a reason for this, or rather, several reasons.

Let’s lose sight of the loud news headlines about our smart way of life and look at the situation more deeply. We have incredibly progressive ideas, but we don’t have specific tools and rules by which these ideas will work. Simply put, business models for IoT solutions require constructive improvements. In fact, we have to complete a rethinking of business models, including ways of creating competitive advantages and deriving business income. The only way out is a constant simplification of both processes and devices in order to further find a consensus with the world, where machines have already become indispensable people.

Let’s move away from the philosophy and consider the technical problems we face when implementing IoT solutions. Unlike the ideological reason, this problem is easier to solve, in some sense. Developers know what to solve, the problem is tangible, and its solution is predictable.

Below is a list of the main difficulties to be overcome in IoT implementation.

To date, a huge number of IoT deployment scenarios are presented, including video surveillance, industrial control, smart metering, etc. At the same time, they all imply different requirements for the application environment. Developers have to solve the problem with a huge number of connections from the sensors, or at least find a few concepts applicable to similar situations.

It is also not an easy task to establish the interaction of things due to the lack of sensors and different interaction interfaces (Zigbee, PLC, Modbus, 6LowPAN, BACnet, etc.). It should be noted that there is weak compatibility among different solutions.

This difficulty can also be attributed to ideological reasons, but it is worth realizing that, without deciding the technical undercover, the industry will not find widespread use. Today there are developments in IoT that are made only for the sake of development. But by developing things that will not bring further benefits, the industry doesn’t attract investors, since investors have only one goal: monetization.

Even those who have not thoroughly studied the topic of implementing IoT solutions already know about this problem; however, it is still at the “unsolved” stage. To this day, we have failed to develop an integrated approach to ensuring the full security of the Internet of Things components. At the same time, this problem is the key, since the consequences of hacking devices can cause not only financial losses but also harm to the user`s health and even life.

Blockchain Is the Solution to Many Problems

It is the introduction of distributed ledger technology (DLT) that is able to provide global and, most importantly, safe scaling of the IoT devices ecosystem.

Blockchain can be used to track billions of connected devices. It also facilitates transactions and coordinates actions between devices. Moreover, this technology can provide significant savings for IoT manufacturers, creating a more sustainable devices ecosystem. And the cryptographic algorithms used by blockchains can make the user’s data more confidential, of course.

If data from smart devices can be entered on the blockchain, an attacker will not be able to access the information, since the data is not stored in a particular place.

Thus, in IoT networks, the blockchain can keep an unchanged record of device history. This feature provides the autonomous operation of smart devices without the need for centralized management. As a result, the blockchain opens up a series of IoT scripts which previously seemed extremely difficult or even impossible to implement.

Using this technology, IoT solutions can provide safe and reliable messaging between devices on a network. This scenario can be used, for example, in the oil industry. Devices located at a facility can exchange data to adjust an operation depending on weather conditions.

Using the blockchain will allow autonomous devices to even perform financial transactions, providing services to each other, without the need for a centralized intermediary. This type of autonomy is possible since the nodes in the network will validate the transaction without relying on centralized systems.

In this scenario, we can imagine devices at the factory that can place orders for the repair of some of its components without the need for human intervention. Similarly, vehicles will be able to provide a full report of the details that need to be replaced, after arrival at the service station.

Internet of Things is undoubtedly able to give new discoveries and opportunities to the world. However, this technology is far from ideal. Many problems stand in the way of its implementation. At the same time, most of them can be resolved. The decentralized, autonomous, and reliable capabilities of the blockchain make it an ideal component to become a fundamental element of IoT solutions.

Vladimir has worked in social media marketing since 2010. He came to venture capital investments in 2016 and is now working with ICOs and startups with over 10 projects successfully concluded.