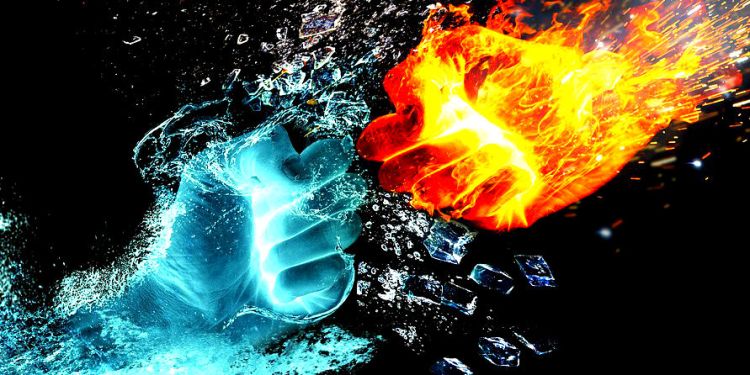 According to a report by CNBC, JPM Coin is billed as the first US bank-backed crypto. With JP Morgan settling $6 trillion worth of transactions every day, it’s new tech is well positioned to transform global payments. By using digital ledger technology (DLT) the bank plans to leverage 21st century technology to move funds around the globe in a fast, efficient and cost-effective manner, theoretically settling transactions in seconds.

The coin could potentially replace the bank’s reliance on Swift, the legacy messaging network established in 1973 that connects over 11,000 financial institutions around the world – and can take days to settle a transaction.

Out of step with the instant delivery and digital streaming ethos that drives big tech companies such as Netflix, CashApp and Spotify, the incumbent is fighting a turning tide.

While the banks are on the move, they’re not necessarily embracing the open and trustless cryptocurrency paradigm shift that could render them obsolete. Instead they’re finding a new wedge in between the old and the new.

But according to Roubini, calling JPM Coin a crypto is a real stretch.

In which way has the new alleged JPMorgan crypto coin anything to do with blockchain/crypto? It is private not public, permissioned not permissionless, based on trusted authorities verifying transaction not trustless, centralized not decentralized. Calling it crypto is a joke

A cryptocurrency is a decentralized virtual currency. The most prominent example is Bitcoin. As a decentralized virtual currency, Bitcoin and cryptocurrencies use DLT to record transactions. Transactions on blockchain networks have various consensus mechanisms. They can be verified by independent miners who are scattered around the world or managed by a fixed number of delegated verifiers.

One hallmark trait of cryptocurrencies is that they are not issued by a central authority. Decentralization allows them to be resistant to a corporate takeover, government confiscation, political disruption or other shutdown.

The definition of a cryptocurrency, however, is becoming very nuanced, as people learn more and more about cybersecurity. For many people, any digital asset that uses cryptography to secure and transfer value is a cryptocurrency.

But what if a central authority, like JP Morgan, issues a digital asset, and what if that digital asset is issued on a private ledger that is not decentralized? Is it a cryptocurrency or just a virtual currency? And does it matter?

Bitcoin and cryptocurrencies such as Litecoin, Dash, Bitcoin Cash and Bitcoin SV were inspired by the idea of creating a peer-to-peer network where people can send and receive money free of middlemen and interference. To achieve an open financial system that is not controlled, created or regulated by banks, or subject to any third-party manipulations, banks can’t be the ones in charge. By creating a private permissioned blockchain for JPM Coin, however, JP Morgan is in charge.

Roubini, who has had a number of heated shouting matches on Twitter with crypto enthusiasts, found himself getting praise from his adversaries on this one. After calling Bitcoin, blockchain and crypto sh*t, garbage, trash and crap, and after equating an accredited investor’s millions of dollars with an inherent ability to make better financial decisions than someone less wealthy who’s interested in crypto, Roubini got a few shout-outs for calling JP Morgan’s new digital initiative a crypto impostor.

I don't always agree with your positions, but on this, you are 100% on the money. I'll keep my Bitcoin and smaller shitcoins over anything a bank would offer me.

Yes for once we agree! Thank you. #BTC is the only Crypto that matters. #LTC is the test net.

Barry Silbert, founder and CEO of Digital Currency Group, owner of Genesis Globl Trading and Grayscale, calls out JPM Coin as tech that’s on par with an AOL rival that got canned in 1999.

“All I see here is a whole new wave of having to explain the difference between a closed, gated, system and an open, public, system.”

J.P. Morgan is launching a stablecoin. Soon every bank will issue one as well.

Closed systems for the world’s elite will always be beaten by open systems built for the common person.

In the wake of the JP Morgan experiment, Bitcoiners are calling BTC, the world’s largest cryptocurrency, a sleeping giant, a Trojan Horse and the real thing.

Crypto enthusiast and chief strategy officer at Rhythm Technologies, Alec Ziupsnys, takes a bird’s-eye view on JP Morgan’s chess move. He charts the roadmap and delivers us to the third phase of full-on crypto cannibalization.